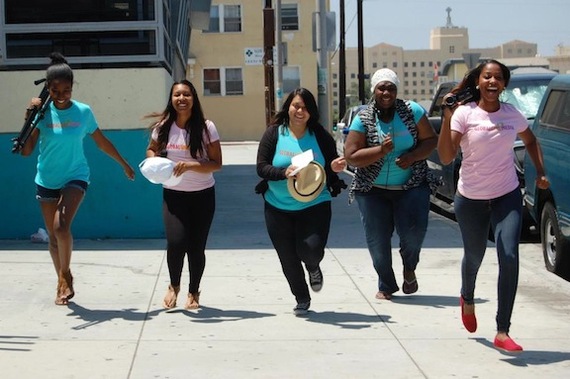 Do you know about International Day of the Girl?

It's coming up tomorrow.

In 2012, the United Nations marked October 11th at the "International Day of the Girl" to promote girls' human rights, highlight gender inequalities that still exist between girls and boys, and address the various forms of abuse and discrimination that girls suffer around the world.

This year the theme is Empowering Adolescent Girls: Ending the Cycles of Violence.

On the eve of this special day, I am thrilled to announce that GlobalGirl Media -- an organization near and dear to me (I have served as a trainer in their journalism academy over the last three years) -- has just launched its very own broadband channel putting girls at the center of the story and turning up the volume of their voices around the world.

Since girls voices are nearly absent on the public conversation -- and when present in mainstream media, are often stereotyped and diluted -- this channel is aimed at changing that. It gives girls a platform to share their stories and enlighten all of us about the truth of girls' lives.

GlobalGirl Media, created in 2010, grew out of a coalition of women broadcasters and journalists from around the world who recognized that much mainstream reporting focuses on flash points of violence, celebrity or disaster, while the everyday experience and voice of the invisible majority, particularly young women, passes silently under the radar.

These women saw an opportunity to address this disparity by supplying the equipment, education and support necessary to help young women become digital and blog journalists, bringing their own unique perspective on their lives, their communities and world events to the global web and social media community. 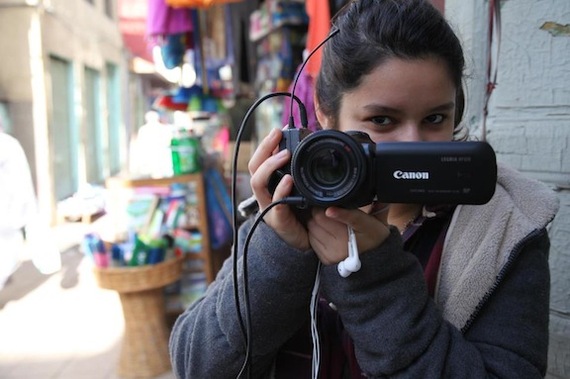 Through their journalism training academies, GlobalGirl Media empowers girls ages 14 - 22 in under-served and marginalized areas around the world to write, edit and produce their own blogs and videos, enabling them to get behind the lens to share their perspective.

GGMN.tv is a partnership between GlobalGirl Media and TV4 Entertainment to distribute GlobalGirl Media programming and related partner content to viewers through providers such as Hulu, Amazon, Roku, YouTube, and others. Additionally, GGMN.tv is actively seeking to acquire content to feature on the network in the coming months.

This morning girls' rights activist Malala Yousafzai, 17, was awarded the Nobel Peace Prize, along with Kailash Satyarthi of India. Malala is the youngest recipient of this prize, since it was created in 1901, and the first young woman.

What an exciting day for girls of the world.

If you would like to participate in this International Day of the Girl and take action to empower girls, celebrate their voices and promote their human rights, please spread the word to your friends and colleagues about the GlobalGirl Media Network.

Tabby Biddle is a celebrated women's leadership coach and well-known voice speaking out for the human rights of women and girls. She is author of the forthcoming book, Find Your Voice: Be the Leader You Were Born to Be, and is co-director of the Los Angeles Goddess Collective. For free resources to strengthen your voice and advance your influence as a feminine leader, visit tabbybiddle.com.