In a landmark speech in January 1999, the former UN Secretary General Kofi Annan warned that the spread of markets was outpacing the ability of societies to adjust to them, that globalization is fragile and vulnerable to backlash from all the "isms" of our post-cold-war world: protectionism, populism, nationalism, ethnic chauvinism and terrorism. What these "isms" have in common is a fundamental exploitation of the misery and insecurity of those people who feel left behind. To counter this threat, he proposed a "Global Compact of shared values" and asked businesses to take the lead. 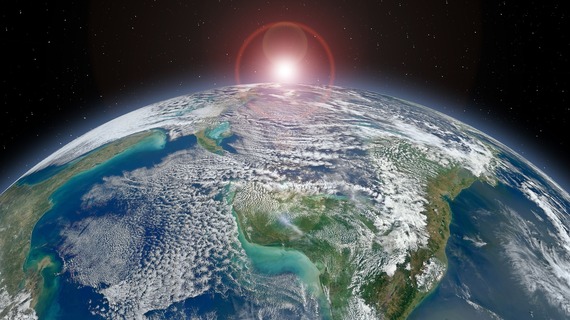 Today, many analysts and commentators realize that Brexit is a symbol for deeper changes that are enveloping Western democracies on both sides of the Atlantic, coinciding with a rise of nationalism globally. The "isms" that Kofi Annan warned about at the end of the 20th century have already been unleashed and are now influencing public discourse and policy-making around the world. The post-1945 order now seems to be unraveling. Power is fragmenting and the era of horizontal integration where interdependence was built on foundations of openness, and commerce based on rules, is giving way to protectionism, inward orientation and fear. Indeed, we are now facing the real prospect of destroying the very system that has enabled humanity to safeguard peace and spread economic opportunities on an unprecedented scale, without having a viable alternative in place.

And so we must ask ourselves an important question. What can be done to avoid travelling down this road of self-destruction? Specifically, how can we re-set the dominant zeitgeist for a pathway that preserves the best of the lessons we have learned from the past, while tackling the most urgent challenges ahead including climate change, inequality and conflict? I believe there are four clear ways available to us.

Firstly, we need to acknowledge that economic inequality and the resentment around it lies at the heart of current tensions between markets and societies in Western democracies. Recent global structural changes facilitated through technology, innovation and automation have led to a massive increase in productivity. It has however been a shift that has inherently favoured the educated and socially mobile, whilst at the same time weakened the economic position of labour. Trade, on the other hand, is only a modest disruptor while its positive effect in the form of lower prices and diffusion of better products benefits all, helping millions of people to escape poverty. And yet, too many politicians and demagogues find it convenient to scapegoat trade and immigration in the current climate. By doing so, they not only distort facts and abandon common sense, they recklessly endanger the foundation of prosperity for all.

What we now need are courageous politicians and business leaders who can argue coherently with facts and not with fear. We should empower those who are willing to spell out what really needs to be done to tackle the root cause of inequality - the reinvention of a social contract that is fit for the future. And a good way to start is to significantly invest in quality education for everyone, to create a new culture of learning. To accomplish this, the privileged few would need to abandon old political dogmas and give up special privileges and tax loopholes to genuinely make the case for investing in education for all. Equal access to opportunities through education - the great equalizer that fosters merit-based outcomes and social cohesion - is arguably the best way forward to reconcile the tensions between markets and societies.

Secondly, institutions created after WWII need to adapt better to our fast changing world. Whilst we are more interdependent than ever before, our collective ability to tackle urgent issues has deteriorated. The case for re-inventing multilateralism has to be made, as national interests are increasingly tied up with our collective ability to tackle challenges that don't respect borders and boundaries. Climate change, terrorism, child trafficking, illicit arms trade, humanitarian emergencies and mass migration can only be solved through co-operation and shared responsibility. Making the case for openness and unity may fly in the face of the current mood in many countries. But the argument for multilateralism is more compelling than ever.

Developing a new narrative around global partnership, and one that people everywhere can relate to, is paramount. So too is the need for governments to start delegating real authority in order to solve the world's greatest problems, and to invite emerging markets to play a greater role. Cynics will argue that it takes a war to bring about an act of creation and that institutions cannot be changed from within. But we must prove them wrong. As some of the global challenges become ever more urgent, the case for co-operation will get stronger and issues such as climate change may well become catalysts for a genuine shift in thinking and behaviour. Thirdly, business executives and investors have now a unique opportunity to earn a license to lead. The call that Kofi Annan put out in 1999 led to the launch of a global movement. A growing number of companies across all continents have started the journey of reconciling societal priorities with corporate missions, strategies and operations based on universal principles. Some prominent executives are already leading by example, and are speaking with voices of reason. However, we need greater corporate statesmanship to give markets a human face, to improve conditions for workers, the environment and across broader governance affairs, especially anti-corruption. These efforts now need to accelerate and the many fence sitters who still operate on the dogma of short-term profits need join the movement to make it more impactful.

Investors have been slow in realizing that the framework conditions for market success have changed. In an era of transparency, the societal and environmental implications of investor behaviour can no longer be externalized. They must be accounted for and priced. As empirical evidence grows that corporate responsibility and good economic performance are directly linked, there is hope that the world of finance will re-align with the real needs of societies. New investment methods are now available that are based on systematic assessments of societal implications and importantly, they can be scaled. Indeed, it is within our reach to change markets from within as more people can now direct capital towards sustainable companies that create the jobs, solutions and products we need. Markets genuinely now have a chance of becoming part of the solution.

Lastly, we must all take personal responsibility in this new era of digital empowerment. More than ever before, there is a broad range of channels available to us through which we can express and shape opinion. Digital empowerment has already led to major disruptions and as this year's Edelman Trust Barometer showed, it has specifically led to an inversion of authority that has deep implications for trust in institutions and public offices. It has greatly accelerated the fragmentation of societies, even along ethnic lines. But as we are in the midst of this deep transformation where everybody can now construct their own echo chamber of beliefs and ideas, it is key that a fundamental sense of right and wrong becomes part of the new discourse. And while we cannot expect that everybody will learn the lessons of history, we can at least insist on basic decency and universal values of ethics which must include non-violence, the golden rule of reciprocity and respect for others. Religious leaders, teachers and parents must now step up their efforts to ensure that mutual respect, compassion and acceptance are values that are not lost in this brave new digital landscape.

And so the race is on. In this uncertain world with its changing climate, rising inequality and increasingly polarized politics, the future now depends on our willingness to re-invent public policies for the people, on the desire to make international co-operation work, and on the ability of markets to be part of the solution rather than part of the problem. People have the power to make it all happen. We are the people.