The Glock pistol reportedly used by alleged South Carolina mass killer Dylann Roof stands as a stark example of the gun industry's marketing of increased lethality. Since the mid-1980s, increased firepower and capacity have defined the products of the gun industry -- of both U.S. and foreign manufacture. 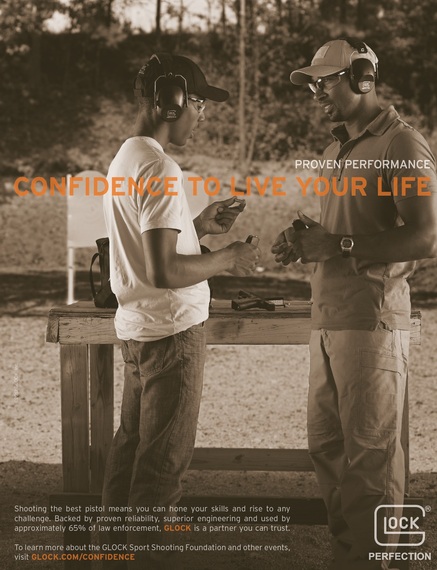 Glock pistols have been part of the arsenals of some of the most infamous mass shooters in the United States, including the 2007 Virginia Tech shooting, which left 33 dead and 17 wounded, as well as the January 2011 attack at a Tucson, Arizona Safeway parking lot by Jared Loughner which left six dead and 13 wounded -- including then-U.S. Representative Gabrielle Giffords. Examples of additional mass shootings involving Glock pistols include:

In a grim irony, this most recent mass shooting involving a Glock pistol occurred during the company's promotion of its weapons during National Safety Month. One of the endorsers of Glock's "safety pledge" on the company's website is NRA Board Member Ted Nugent, who states, "As adults we owe it to the youth of America to impart the importance of a disciplined life lived, especially when it comes to firearms."

Comparable in size and weight to the small .38 revolvers it has replaced, the...Glock 19 is significantly more powerful with greater firepower and is much easier to shoot fast and true.

Described as "America's default pistol" in an article in the company's 2011 catalog, one tactical shooting instructor quoted stated:

The types of shooting we do...require students to hit multiple small, moving, reactive targets under human reaction times...Since handgun rounds only poke holes in people, we like to use pistols that allow us to poke holes where we want them, as fast as needed, without changing magazines every seven rounds. 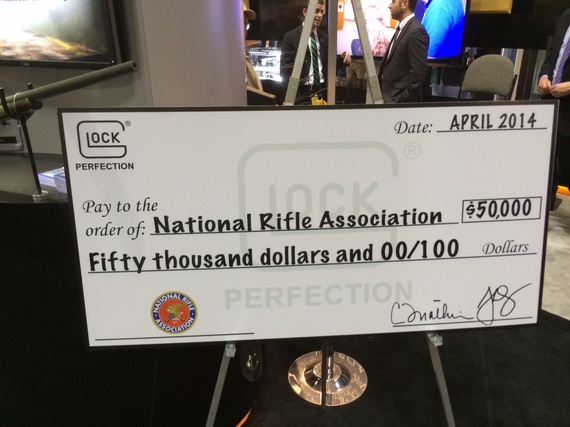 Not surprisingly, Glock is also a significant financial supporter of the National Rifle Association. Since 2005, Glock has contributed between $250,000 to $500,000 to the organization.

Just as predictably, when contacted after the Emanuel African Methodist Episcopal Church massacre by the news media for comment, the NRA, which describes itself as "America's longest-standing civil rights organization," remained mum.