At a press conference organized by attorney Gloria Allred, two former models, Linda Brown and Lise-Lotte Lublin, made statements alleging how Cosby drugged and sexually assaulted them in 1969 and 1989, respectively. Both women spoke while visibly weeping and declined to answer further questions.

Allred called on the public to support the women by believing their stories, protesting Cosby's shows, and pushing to reform statute of limitations laws. "It appears that Bill Cosby thinks he's 'far from finished,'" Allred said, referencing the title of the 77-year-old comedian's 2013 comedy special. "But we are also far from finished."

The Huffington Post contacted Cosby's legal representatives for comment on the latest allegations, but had not heard back at the time of publication. 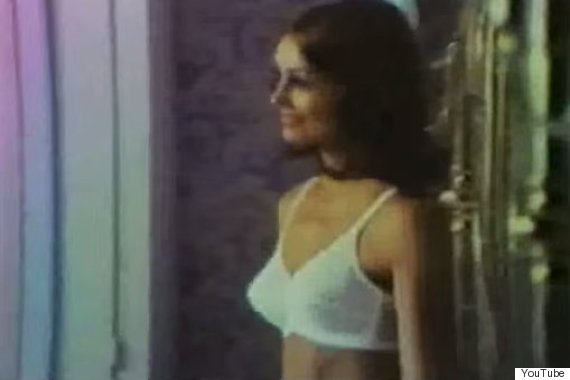 Linda Brown in a 1969 Wonderbra commercial

Brown, a Canadian model, claims that she met Cosby through her agent in 1969, when she was 21 years old. Cosby gave her a ticket to one of his shows, after which a member of his entourage allegedly met her at her seat and escorted her to Cosby's limo. Brown said that she went with Cosby and his entourage to dinner, where he passed around photographs of his wife and children.

After the dinner, Brown said she accompanied Cosby to his friend's apartment, asking to be dropped off at her home nearby. She said that Cosby told her he had a gift for her in his hotel room that he wanted to give to her first. Brown said that she felt safe going with Cosby to his room because his bodyguards were waiting for them in the limo. Cosby gave her a record album and asked her to wait while he made a phone call, Brown said. Then Cosby allegedly poured her a soda to drink while he made the call. The next thing Brown said she remembered was waking up naked in Cosby's bed, unable to move or speak. Then Cosby allegedly raped her.

"I felt dirty, ashamed and embarrassed," Brown said. "I chose to speak out today because I want people to know who Mr. Bill Cosby really is. If you trust him, then you have been fooled by him, too." 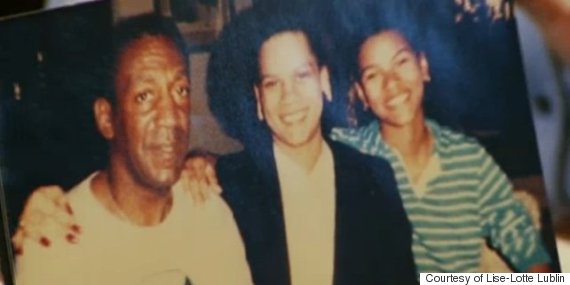 Lublin (right) with her sister and Cosby

Lublin said she met Cosby in 1989, when she was 23. On their third meeting, Cosby allegedly invited her to the Elvis suite of the Las Vegas Hilton to help her with her acting. Lublin said that, in the suite, Cosby fixed her a shot of alcohol, saying that it would help her relax. Lublin, who did not drink at the time, declined the offer, but Cosby insisted. He then allegedly gave her a second drink. Within minutes, Lublin said, she felt dizzy and disoriented. The last thing she said she recalls clearly is sitting on the couch with Cosby stroking her hair.

Lublin believes that she was then sexually assaulted. Lublin's next clear memory was waking up in her home, her car in her driveway. She said she discussed the incident with her mother, and they concluded at the time that as a non-drinker she'd had a bad reaction to alcohol.

Lublin is now petitioning for the state of Nevada to abolish the statute of limitations for sexual assault cases.

"Every victim Bill Cosby has assaulted that has been called a whore and a liar has helped me become a survivor," Lublin said. "He appears to think rape is a joke, but let me tell you something, Bill, I'm not laughing."

Allred called on Cosby to waive the statute of limitations on the recent allegations or to agree to legal mediation behind closed doors.

More than 20 women have come forward to date to accuse Cosby of sexual assault. Allred said, "Every day, including on weekends, I am being contacted by more women."

She also alluded to at least one victim who was allegedly assaulted in Canada, which has no statute of limitations for sexual assault cases.