As first reported by CBS Miami, Allred is now representing Yovanka Bryant, one of the long-time girlfriends of 31-year-old Rudy Eugene, who was shot and killed by a Miami police officer while chewing off most of a homeless man's face in broad daylight on the busy MacArthur Causeway.

Another girlfriend, who has not been named by media outlets at her request, has said she believes Eugene was either drugged unwittingly or under a Vodou curse.

“I don’t know how else to explain this,” the girlfriend told the Miami Herald, insisting that though Eugene did smoke marijuana he never touched other recreational drugs. She said she saw news of the attack on TV Saturday night, but didn't know her missing boyfriend was both dead and the responsible for the grisly crime until Sunday.

"I'll never be the same," she told the Herald.

It is not yet apparent why Bryant has legal representation. Allred declined to comment beyond confirming her position to NBC Miami in an email, and according to the CBS report "Allred...has no plans at the moment to release a statement, hold a press conference or visit the girlfriend in Miami."

UPDATE: A previous version of this story indicated Eugene had one girlfriend. It has since become apparent there are two different women, only one of whom is represented by Allred.

Check out some of the political sex scandals in which Allred has been front and center: 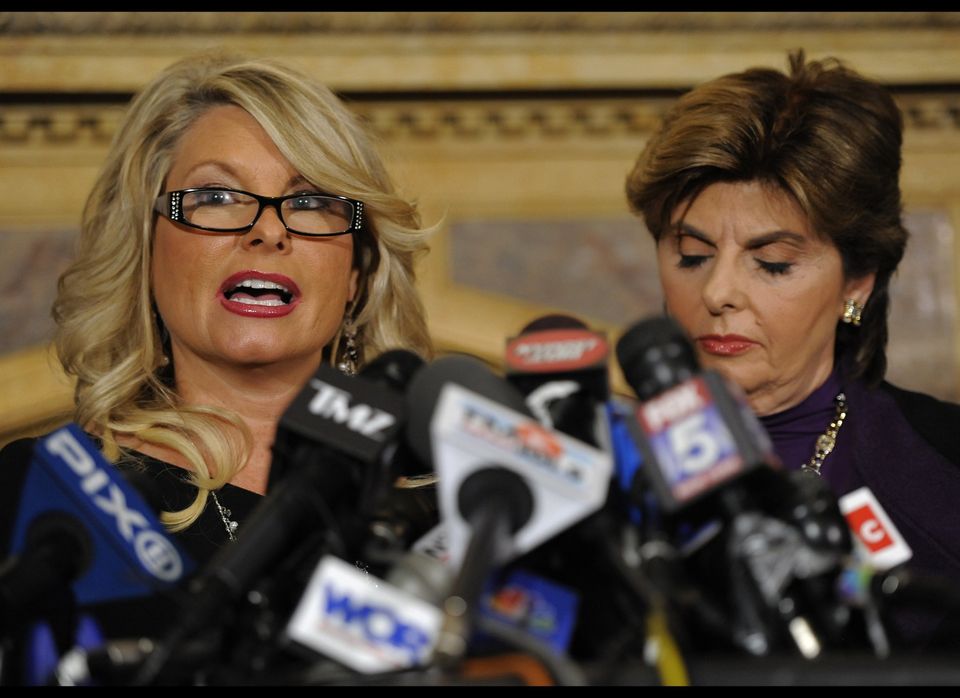