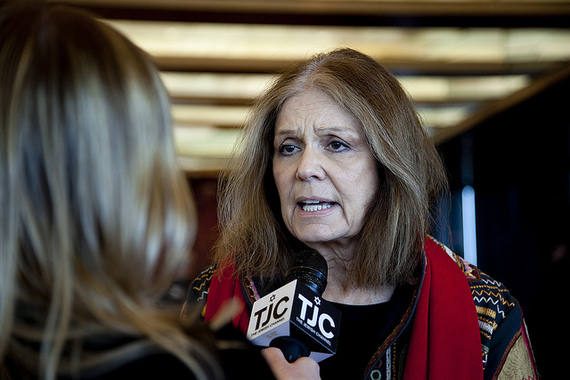 I cringed last week as my feminist icons said insulting and degrading things to other women. Seriously Gloria!? Younger women voters support Bernie because "that's where the boys are"?! If a man had said that, we would have skewered him, as we are doing to you, for good reason. As the spokeswoman for us aging feminists, you just insulted the entire younger generation on our behalf.

I founded MotherWoman, a support and advocacy organization for mothers, when I was a young woman in my thirties. I wanted to address the outrage and frustration that has silenced generations of women about the realities of motherhood. That was a feminist thing to do - challenge the status quo, and provide women with a safe and respectful environment within which we can express the reality of our lives, and deconstruct the systemic sexism that pervades the institution and role of motherhood. MotherWoman was founded on the basic feminist value that women know what we are talking about, especially when it comes to our own experience, and should be taken seriously.

I came of age in the 1970s and was the beneficiary of the work done by women before me, who also spoke out about the silent and systemic restrictions of being a woman. When I became a mother in the early 1990s, I saw and felt the same thing happening all over again in this role, and no one in the popular culture was really saying anything about it. Adrienne Rich and other academic icons wrote about this, but the real world had not caught up, and in fact, got more complicated. Working women were supposed to be able to "have it all" while still maintaining the June Cleaver-style motherhood myth. MotherWoman was the voice of younger mothers challenging cultural myths, unrealistic expectations, and systemic oppression, so that we could bust free and define motherhood for ourselves.

Now, in my late fifties, I am the oldest woman on the staff of MotherWoman. Even though I'd like to think I'm young and hip, I'm not. I am the age of most of the staff's, and certainly our college intern's, mothers. I am incredibly impressed by the drive, intelligence and capability of these younger women. MotherWoman is now driven by them as it should be. But I find myself saying things to them which, in essence, are demeaning and condescending. I call them "Honey" and "Darlin." I interrupt them. I think my views should be given more weight than theirs. This is all very embarrassing to admit. If a man said any of this we would be highly insulted and perhaps even press sexual harassment charges. Why should I be any different? Just because I am a woman doesn't absolve me of responsibility for my sexist or derogatory comments or beliefs. I have to be more conscientious. I have to work on it. I have to own the power that I hold because of my age, status, and privilege. I cannot fool myself into thinking that I can say whatever I want with impunity, just because I am a woman leading a women's organization. That is exactly the kind of hubris that infuriates us in men, and the power dynamic that silences other women.

In last week's Democratic debate, Hillary squandered an important moment, and I stayed up half the night crafting what should have been her answer to a crucial question (too bad no one asks me for my opinion.) When asked "What did you think of Madeleine Albright's statement, 'There is a special place in hell for women who don't support other women,'" THIS is how she should have answered. She should have lowered her voice, looked straight into the camera and apologized to all the women who support Bernie, especially the younger women.

She should have said "Although Madeline has been saying this for years and getting lots of laughs for it, it was not appropriate here. If women who do not support other women will rot in hell, then we are all going there together. Only a few election cycles ago there was a certain Vice Presidential candidate to whom we were in vehement opposition. We did not support her because we disagreed with her views, bravado, and lack of experience to take on the job. We were right not to support her, regardless of her gender. So women, I appreciate your support, and I know I have to earn it. And we older women have to be more careful of our language."

While watching this election cycle, my husband and I are having some sobering insights about aging. We grew up as the revolutionaries and rabble-rousers. We were the Bernie supporters of our era. We too were furious at the status quo, had intelligent arguments and a passionate desire to change the system. We were smart and informed. We were young.

My husband and I, at 63 and 57, respectively, are now the establishment whether we like it or not. We can call ourselves "establishment rebels" if that makes us feel better. But the trajectory of teaching has shifted. We do not hold the only wisdom in the room. There are important, inspirational, and sober lessons to be learned from the next generation of thinkers, change agents, and leaders. What is at stake if we do not hear them? What is lost when we alienate and dismiss other women? We become the status quo. We become the very establishment they want to tear down! Women have been socialized to be competitive and unkind to each other. True leadership among elder women means being inclusive, sharing our wisdom while allowing equal air time for everyone, listening well and supporting the next generation of leaders to emerge. We must also learn humility, publically acknowledging our blind spots and asking for enlightenment.

The feminist tradition was built on women listening to other women. So, regardless of our political views, we have a responsibility to listen as we wanted to be listened to. Respect as we wanted to be respected. And when we have the podium, to seek to understand and uplift, rather than degrade ourselves and each other. 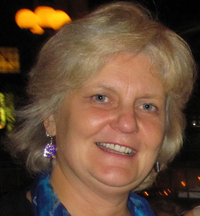 Annette Cycon is the founder of MotherWoman, a non-profit dedicated to supporting and empowering mothers to create personal and social change. She develops and offers professional trainings on perinatal emotional complications to build community-based perinatal safety nets for moms and families. She has been leading mothers' support groups for over 20 years, and believes that speaking the truth about motherhood is revolutionary! She is the mother of two adult daughters.