On the 70th anniversary of Korea's tragic division by the United States and the former Soviet Union, 30 women peacemakers will walk in support of the peaceful reunification of Korea. Our delegation includes two Nobel Peace laureates, Mairead Maguire and Leymah Gbowee, and authors, such as Gloria Steinem, artists, retired U.S. Army Colonel Ann Wright, academics, humanitarian aid workers, faith leaders, mothers and grandmothers from a dozen countries, including several nations that fought in the 1950-53 Korean War.

Why are we walking? We are walking to invite all concerned to imagine a new chapter in Korean history, one marked by dialogue, understanding and -- ultimately -- forgiveness. We are walking to help unite Korean families tragically separated by an artificial, man-made division. We are walking to lessen military tensions on the Korean peninsula, which have ramifications for peace and security throughout the world. We are walking to urge our leaders to redirect funds devoted to armaments toward improving people's welfare and protecting the environment.

We are walking to end the Korean War by replacing the 1953 Armistice Agreement with a permanent peace treaty. And we're walking to ensure that women are involved at all levels of the peace-building process, including at the peacemaking table when that historic treaty is negotiated and finally signed. We see this as a fitting tribute to the 20th anniversary of the Beijing Conference on Women and the 15th anniversary of U.N. Security Council resolution 1325, which we celebrate this year.

We realize that crossing the most militarized border in the world is no simple task. We are seeking approval from both Korean governments and the U.N. Command, which has jurisdiction over the DMZ. We received a letter of intent last year from Pyongyang supporting our event with a stern caveat: if conditions are ripe. Given this tense moment, with U.S.-South Korean joint military exercises underway, they may not be. Our contact at the U.N. mission, however, conveyed to us that they "understand the significance of this occasion and the important peacemaking role that women have played throughout history."

In mid-March, I received word that Pyongyang wanted me to come to discuss the event and program. After I returned from Pyongyang, I received the following confirmation from the DPRK mission to the United Nations:

This is to inform you that Pyongyang expressed its full support to the International Women's Peace Walk. The Korean Committee for Solidarity With World Peoples, the Democratic Women's Union of Korea, the Committee for Overseas Compatriots of Korea and other related organizations will render all necessary assistances to the event for its success. Since this is an international peace event timed in this special year marking 70th anniversary of liberation and simultaneous division of our beloved country and nation, we hope that the event will be a specially significant contribution to terminating the current status of war, replacing armistice with peace agreement, and thereby achieving permanent peace and reunification on the Korean Peninsula.

On Christmas Eve of last year, we received the best gift we could have imagined through our adviser, former New Mexico Governor Bill Richardson, when we were informed by the U.N. Command that, upon receiving confirmation from the Republic of Korea, they would be prepared to facilitate our DMZ crossing.

We hope to have favorable news soon from the South Korean government. If need be, we are prepared to make alternate plans to facilitate women walking for peace in Korea in this important year without crossing the DMZ. We remain hopeful, however, because in the past two years, two previous delegations -- five New Zealanders by motorbike and 32 Korean Russians by motorcade -- crossed the DMZ with both President Park's and Chairman Kim's blessing.

As Gloria Steinem says of the DMZ, "there is no other strip of land more symbolic of long-term division." We hope to cross the DMZ to renew Korean people's hope that the DMZ can and must be crossed to reunify families and to begin to heal the divided peninsula.

PHOTO GALLERY
On The Road In North Korea
Download
Calling all HuffPost superfans!
Sign up for membership to become a founding member and help shape HuffPost's next chapter
Join HuffPost

Why Gloria Steinem, Other Women and I Plan to March to the World's Most Fortified Border
On The Road In North Korea 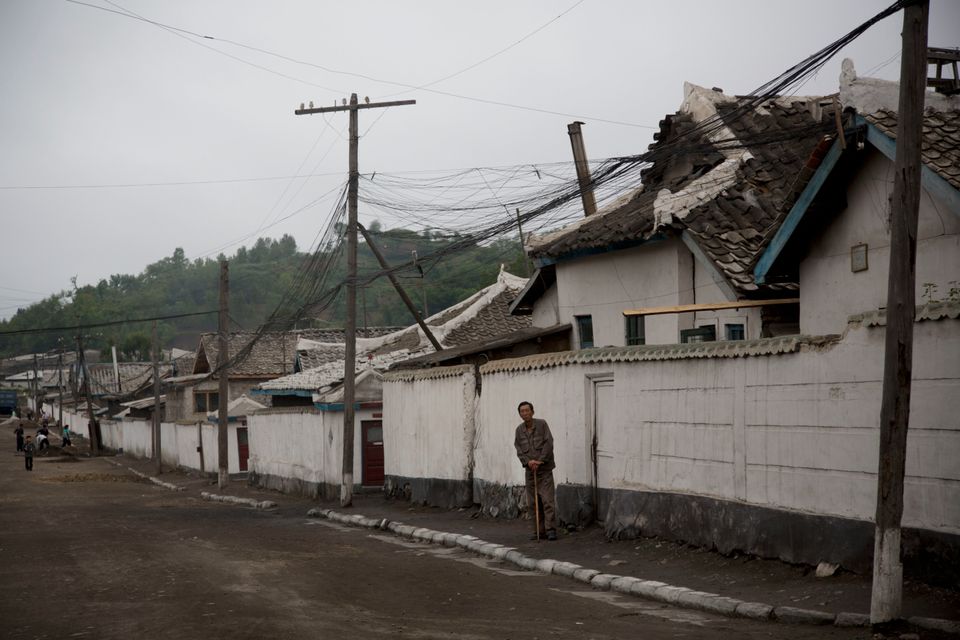 1 / 35
In this June 20, 2014 photo, a North Korean man stands in front of a row of homes in the town of Kimchaek, in North Korea's North Hamgyong province. (AP Photo/David Guttenfelder)
ASSOCIATED PRESS