You'd think public response to this dress would be utter "condom-nation," but in the case of Nguyen Minh Tuan, that isn't the case.

This was not just an educational exercise. Tuan wanted his prophylactic couture to challenge what he perceived as the critical attitude of the Vietnamese people towards sex and the use of condoms and ultimately to raise public awareness for World AIDS Day on Dec. 1.

"I made this project in the hope of raising the self-consciousness and awareness of Vietnamese people towards protecting their loved ones by avoiding STDs," Tuan told VietnamNet.vn.

"You'd never know it's made of condoms," Albanese told HuffPost Weird News. "It was done very tastefully. It looks like it was done by a big-name designer. I am very surprised."

Even better, she says the dress is designed in a manner that is flattering to a lot of different body types. "However, it does have ruffles and that adds volume to the hips."

"This definitely is 'an original' as they say. The idea behind it is great for raising awareness," Eustache told HuffPost Weird News. "The cut of the dress is fabulous and the addition of the empire waistline is great."

The condom dress also rubs Atlanta-based stylist Intiasar Ziyed the right way, even though she admits that it's more of a variation than an innovation.

"Technically, condoms as apparel is actually not a new concept -- after all, it is only latex," Ziyed told HuffPost Weird News. "However, the fact that this designer is using condoms in their original form is something that can be considered innovative and fresh."

But while Ziyed says the design is well-structured and that the style, movement and drape are impressive, she doubts that condom dress knock-offs are going to be showing up at shopping malls anytime soon.

"The average person would not be able to get past the fact that the dress is made of condoms," she said.

Chicago-based blogger Angel Hakim is also impressed by the dress, but admits it's probably not a good piece for the office.

"It would not be a day-wear piece, but it could make sense for a special event, such as a cocktail reception," Hakim said. "However, definitely be prepared to answer quite a lot of questions!"

The first rule of fashion is to wear the dress rather than let it wear you, and Albanese admits that it takes a special person to pull off a dress made from condoms.

"I think Lady Gaga, Rihanna or Katy Perry could wear it, especially if they were doing a campaign related to safe sex," Albanese said.

No word on what Tuan plans to do with the dress -- or if he will make others -- but any decision will be made with a higher purpose in mind.

“I want people to know about the function of the condom on health protection,” he told Vietnamnet.vn. 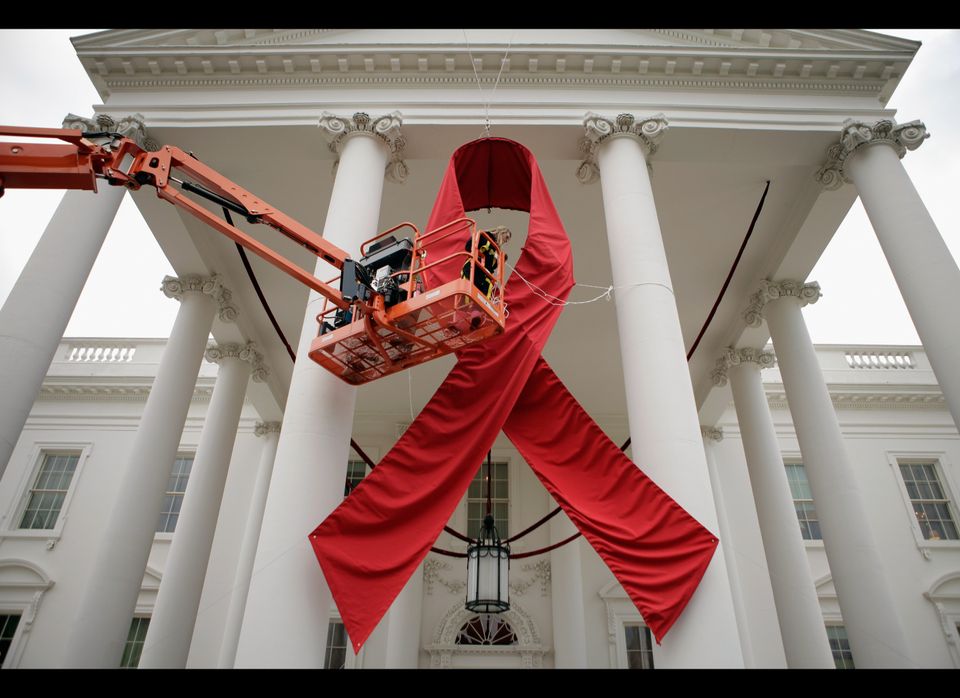 1 / 23
Workers hang a huge red ribbon on the North Portico of the White House one day ahead of World AIDS Day Nov. 30, 2011 in Washington, DC. The day was created in 1988 at the World Summit of Ministers of Health on Programmes in London, England, which brought together health ministers and delegates from 148 different countries. (Chip Somodevilla, Getty Images)