Protip: If you're going to swear off of a food, other people are going to expect that you actually know what it is.

Apparently, Jimmy Kimmel got the impression gluten-free people didn't even know what gluten was. When he went out to the streets to figure it out, some of his suspicions were confirmed.

For what it's worth, gluten is composed of the gliadin and glutenin proteins and is responsible for the elasticity of dough. Research has found that one of the better-known forms of gluten intolerance, celiac disease, affects 1 in every 141 people in the United States.

Now that you have some knowledge, you can go check out what all those gluten-free people actually think it is.

Gluten-Free People Actually Have No Idea What Gluten Is
Pack It: 5 Gluten-Free Snacks 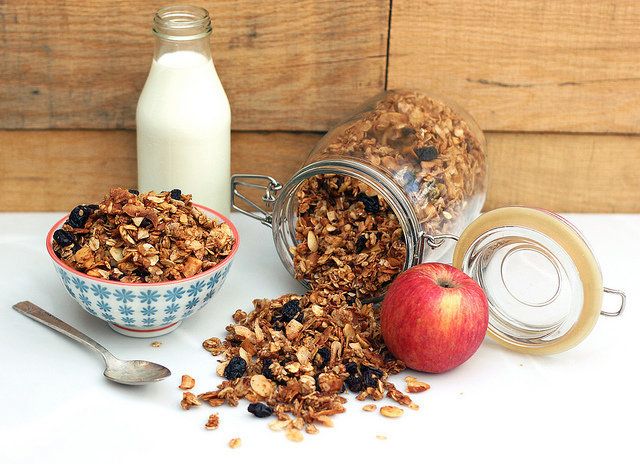 1 / 20
Monday: Apple Spice Granola
This yummy homemade granola mixed with rolled oats, coconut flakes and almonds is the perfect addition to your morning yogurt or oatmeal. <a href="http://blog.freepeople.com/2013/08/apple-spice-granola/" target="_blank">Get the full recipe by Beth of Tasty Yummies here.</a>
Tasty Yummies