The worldwide auto industry is in danger of complete collapse, predicated by near-stopped sales and the possible terminal failure of big companies like GM. This continued circling of the drain could lead to a worldwide economic depression.

I went to a store today where I'm friendly with one of the people behind the counter. She knows what I do, so when I brought-up the possible bankruptcy of General Motors, her reply was: "Good. They deserve it."

Another consumer heard from.

Yesterday's news from GM auditor Deloitte & Touche that the car maker's viability is in "serious doubt" was not a total shock, but to anyone who's followed the US auto industry, especially for, in my case, 35 years, it came with a large measure of sadness. It's been like watching a close relative go through the processes of dying; I have to say that every day for the past 35 years, GM has been laying the groundwork for their ultimate failure.

Sales tanked in February with all three domestics losing between 40% and 50% each compared to February, 2008. The lack of available credit and people hanging onto whatever money they have are killing car sales worldwide.

With GM spending $68 million every day just to open the doors, turn on the coffee makers and pay the electric bill, GM doesn't have the cash to remain viable and is asking taxpayers for another $13 billion in addition to the more than $17 billion they've already received. 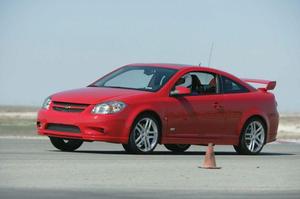 (Fun, tight little cars like this Chevrolet Cobalt SS are being discontinued as parent company GM enters what might be terminal cost-cutting mode).

Both GM and Chrysler have turned-in the viability reports Washington demanded, with the government's final word on them coming by March 31. At worst, Washington will call the more than $21 billion in loans already made to the two car makers. The government last month hired two law firms and one bank with extensive international bankruptcy experience to develop such plans for both companies.

Only in India is the car business in fairly strong shape (India's Mahindra just turned-down GM when they tried to sell them Saturn).

The Indian market is fairly insular and not involved in exporting their manufactured products, like cars, to an extent anywhere close that of countries like China, Japan, South Korea and the European nations. 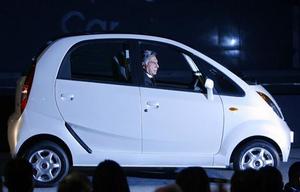 (India's Tata car maker has started production of their Nano minicar, with a version already being developed for Europe. The car, which the company says will retail for under $3,000, has had its share of problems, including from protesters who shut-down the original Nano plant, saying the company took local land without proper compensation. Seen in the photo is Ratan Tata, company chairman, driving the car at its media intro last year).

Here's how this next disaster might play out: Today, car makers are really car and truck assemblers. They engineer, style and put the parts together on their assembly lines, but most all those parts come from other companies.

If GM, or any other large car maker, shuts its doors, that leads to their supplier companies being hit with instant, huge losses. The same thing could happen if car makers stop their payments to the suppliers, slow their payments even more than they are now, or if the suppliers start demanding their money up-front (all these scenarios are already happening to one extent or another).

All supplier companies make products for several car makers. So if a GM stops buying from, for instance, suppliers like Visteon, Delphi, Johnson Controls or American Axle, and those suppliers enter bankruptcy or shut their doors, other companies which get their products from those same suppliers are suddenly unable to make their cars and trucks.

In the US alone, some two million people are estimated to be working for these suppliers with many more worldwide. 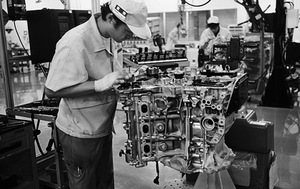 (Nissan workers assemble the twin-turbo 3.8-liter near-500 horsepower V6 engine for the company's GTR super-car at a Yokohama, Japan plant. Cars like the near-$90,000 GTR often continue to sell well in the toughest economic times, as potential buyers may not be as effected as most by the world's money problems).

Supplier companies, showing signs of failure, have banded together to ask Washington for $18.5 billion in taxpayer bailout funds.

Visteon is now in the process of being delisted form the New York Stock Exchange, and American Axle is in danger of the same thing.

GM is trying to get assistance from European governments, too, divesting itself in part from their Opel and Vauxhall divisions, allowing those companies to plead their financial cases to Berlin and London.

Sweden has already told Saab, which GM spun-off a few weeks ago and has filed for bankruptcy in Swedish courts, and Ford's Volvo, that their government will not help them.

Chrysler's one hope remains in Fiat, and Fiat CEO Sergio Marchionne has, with Chrysler execs Bob Nardelli and Jim Press, represented the company at meetings this week with the Pres. Obama's automotive task force.

Leaders of all companies making or selling cars in the US are making appearances there, along with union reps and company bondholders; the White House says trhe group is working "around the clock." Obama's top auto advisers, Ronald Bloom and Steven Rattner, travel to Detroit this Monday to tour plants and meet with GM and Chrysler executives. Guess they want a little background info on the car-making business. 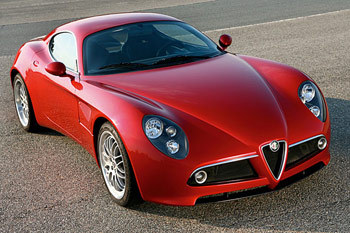 (Alfa Romeo, a division of Fiat, could sell their gorgeous new 8C model in US Chrysler dealers if a proposed deal between the two companies goes through).

Another big auto industry wildcard is the overall financial condition of countries, especially in Eastern Europe. Almost all those nations have large auto businesses, from Turkey to Poland. If any of them default on loans and the value of their money drops, that's almost sure to result in deathly damage to their auto and auto parts industries.

And from the Irony Department: Automotive News, the weekly industry journal, announced today that, that after 13 years of existence, they are halting production of their twice-monthly Automotive News Europe print edition, while keeping its presence on the internet.

How to reverse all this? A worldwide economic plan, stimulus dollars followed by more and more, universal health coverage to lower the cost of living for all Americans and, perhaps most important, a raise in take-home pay, especially for the middle class (this is where unions, now growing in membership after decades of losses, can fulfill their traditional mission).

(Try to follow this one: In China, the rights to the MG badge first went to the Nanjing Automobile Company, which was then purchased by the Shanghai-based SAIC Motor Corporation. For a while, it looked like the Chinese might start building new MGs in Oklahoma on tribal reservation land, but that plan ultimately fizzled. Now they're shipping kits back to England from China, and performing final assembly on the new MG TF LE500 roadster in Longbridge, England.).

Bottom line: With the stakes now so high, how much money can taxpayers afford to pour into the never-ending pits of GM and Chrysler? How should Washington respond if and when Ford comes knocking on the door, which I think will happen in the next six months? And how can Washington even consider giving more money to Detroit, especially to a private company like Chrysler, without forcing the necessary changes in top and middle management of both GM and Chrysler?

And if the auto industry collapses worldwide, will a full-blown depression result?

(Be sure to join us LIVE this Saturday and Sunday at 5pm Pacific time for The Car Nut and our World Motor Racing Roundup Webradio shows! Our guest Saturday will be Alfred DiMora, project head for the $2 million Natalia sedan due in 2011, and Sunday we talk with Jim Peltz, motorsports writer for the Los Angeles Times! Just visit this site and click on the first post, or go directly to www.TalkRadioOne.com ... podcasts on that site one hour after the live shows conclude!)