If you're ever preparing for a presentation at General Motors and wondering whether to try and somehow sneak in the phrase "rolling sarcophagus," the answer is no.

The phrase is one of 69 that the company urged workers not to use in a 2008 PowerPoint presentation on how to handle various aspects of recalls. The PowerPoint, marked "Confidential," was released Friday by the U.S. government, and the list, buried at the bottom of the document embedded below, doesn't quite mince words when discussing what not to say.

For example, if you work at the company, the PowerPoint urges you not to use the terms apocalyptic, cataclysmic, deathtrap, decapitating, evil, inferno, Kevorkianesque or suicidal in any internal documents. You should also make no mention of Kurt Cobain or the Challenger and Hindenburg disasters, nor refer to a car as a widow-maker. Oh, and no "phrases with biblical connotation." The full list looks like this: 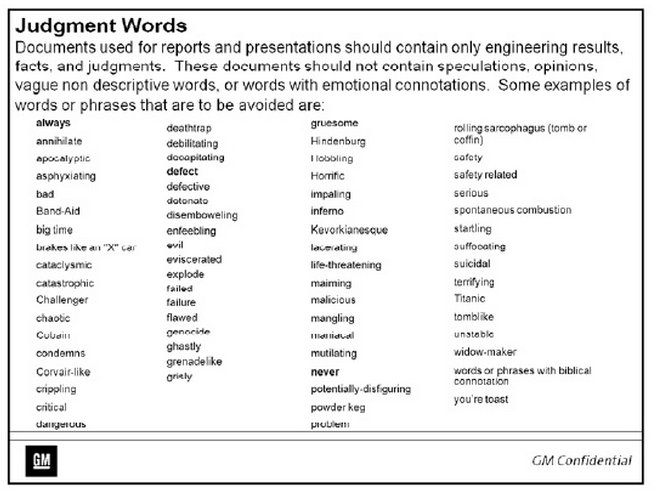 If you prefer your banned words in a crazier-looking format, here you go: 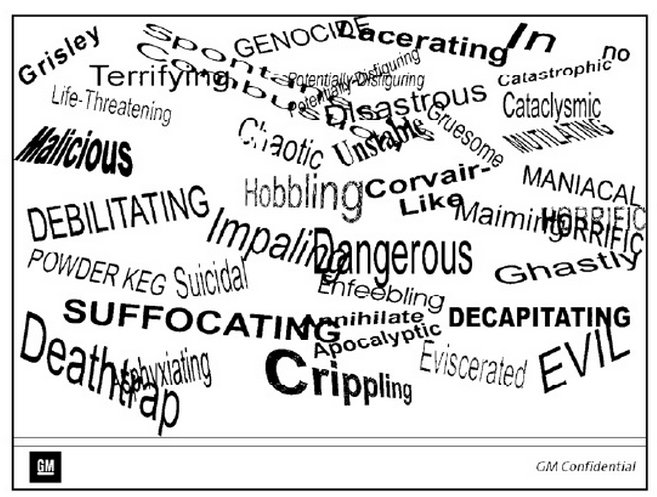 And if you really want to say something is a problem or bad at GM, maybe think about using words that land a bit softer. Like issue, condition or below specification. 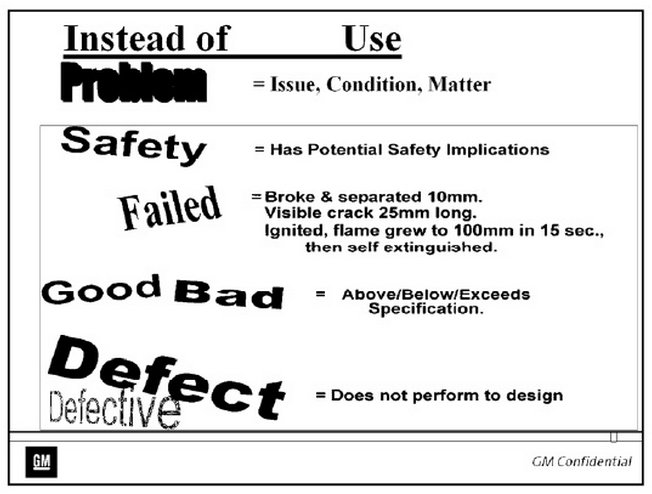 All these wonderfully descriptive rules didn't stop the automaker from receiving a $35 million fine on Friday, the maximum possible, for not jumping quickly enough on a problem (sorry, "issue") with the ignition switch in some of its cars. The defect may have killed as many as 303 people, according to one estimation.

In a statement cited by Reuters Friday, GM spokesman Greg Martin said times have changed since the period in which the PowerPoint was released, citing a new "Speak Up for Safety Program" that "encourages employees to discuss safety issues." But for now, thanks for participating, everyone. 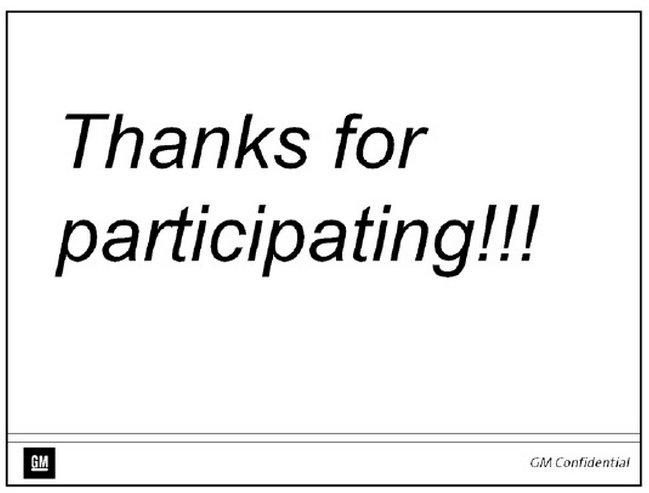