Google doesn't believe that people can reasonably expect their emails to stay private when emailing a Gmail user, even if they don't use Gmail.

At least, that's what the Internet giant articulated in a brief that was filed last month in federal court and recently surfaced by Consumer Watchdog. The document was written in response to a class-action lawsuit accusing Google of violating wiretap law when it scans emails to serve up targeted ads.

Plantiffs accuse Google of violating the emailers' privacy by mining their personal messages for information that it uses to inform which targeted ads it displays. The suit calls for Google to fully disclose exactly what information it's taking from emails, and to pay damages for these alleged violations of privacy. (You can read a redacted version of the complaint here).

The company argued in its motion to dismiss the lawsuit that "all users of email must necessarily expect that their emails will be subject to automated processing." (You can read the full motion here).

Google asserts that, in principle, if you entrust your personal messages to a third party, you can't expect that the third party won't touch any of that information:

Just as a sender of a letter to a business colleague cannot be surprised that the recipient’s assistant opens the letter, people who use web-based email today cannot be surprised if their communications are processed by the recipient’s ECS provider in the course of delivery. Indeed, “a person has no legitimate expectation of privacy in information he voluntarily turns over to third parties.” Smith v. Maryland, 442 U.S. 735, 743-44 (1979). In particular, the Court noted
that persons communicating through a service provided by an intermediary (in the Smith case, a telephone call routed through a telephone company) must necessarily expect that the communication will be subject to the intermediary’s systems. For example, the Court explained that in using the telephone, a person “voluntarily convey[s] numerical information to the telephone company and ‘expose[s]’ that information to its equipment in the ordinary course of business.”

Google also argued that restricting how email providers are permitted to process the data they receive could "criminalize" features like spam filtering and inbox searches:

Last, Plaintiffs’ claims should be rejected because they would lead to anomalous results with far-ranging consequences beyond the allegations in the Complaint. Plaintiffs’ theory–that any scanning of email content by ECS providers is illegal–would effectively criminalize routine practices that are an everyday aspect of using email. Indeed, Plaintiffs’ effort to carve out spam filtering and virus detection from their claims underscores the fact that their theory of liability would otherwise encompass these common services that email users depend on.

"We take our users’ privacy and security very seriously; recent reports claiming otherwise are simply untrue," a Google spokesperson told the Huffington Post. "We have built industry-leading security and privacy features into Gmail -- and no matter who sends an email to a Gmail user, those protections apply."

This isn't the first time Google has gotten into trouble over privacy issues. In 2011, the company settled with the Federal Trade Commission after the regulator accused Google of employing "deceptive" privacy practices during the 2010 launch of Google Buzz.

Google was also named by the Guardian newspaper in June as one of the companies that gives the NSA "direct access to its systems" as part of a surveillance program called PRISM. Google has denied the allegations; the company's Chief Legal Officer David Drummond told the Guardian that the company is "not in cahoots with the NSA and there's no government program that Google participates in that allows the kind of access that the media originally reported."

Google: Email Users Can't Legitimately Expect Privacy When Emailing Someone On Gmail (UPDATED)
7 Gmail Questions You Were Afraid To Ask 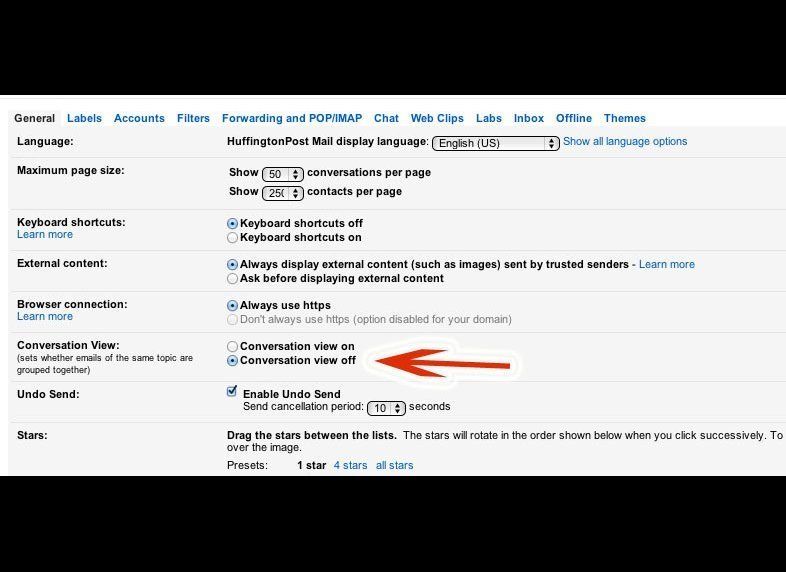