Perhaps you've had this problem: You're typing an email on your smartphone, and your finger hits the wrong key; you go to correct your mistake, and you hit the wrong key again. If only there was a way to get around the fat-finger curse.

Thanks to Google, now there is.

The prank-happy web giant has released a video explaining a new joke app that introduces an alternative to the QWERTY keyboard on Android phones. It's a two-key typing interface called Google Tap, and it's based on Morse Code, the telegraph communication system consisting of combinations of dots and dashes that correspond to letters of the alphabet.

Developed sometime in the 1830s and 1840s, Morse Code revolutionized global communications. "For decades, telegrams were the fastest and most cost-efficient way to communicate, and organizations of every kind used them," writes the New York Times. "At one point, according to Amy Fischer, the company historian for Western Union, employees would attend major sporting events, sending play-by-play via a telegraph machine to an announcer at a radio station. 'The Yankee announcer would stay in New York and call the game from there,' she said."

Supplanted by new technologies, Morse Code has all but fallen out of use. The Times reports that Western Union's once-booming telegram service closed up shop on January 27, 2006, with the transmission of the company's last telegram. But Google has revived Morse Code for use in the digital age, at least for April Fools Day.

From a post on the Official Gmail Blog explaining the just-for-laughs typing tool:

Gmail Tap takes the keyboard from 26 keys to just two. Every letter of the alphabet is represented by a simple pattern of dots and dashes, and once you know them you can type without even looking at your screen. This makes it ideal for situations where you need to discreetly send emails, such as when you're on a date or in a meeting with your boss.

THE MORSE CODE KEYBOARD FOR ANDROID: 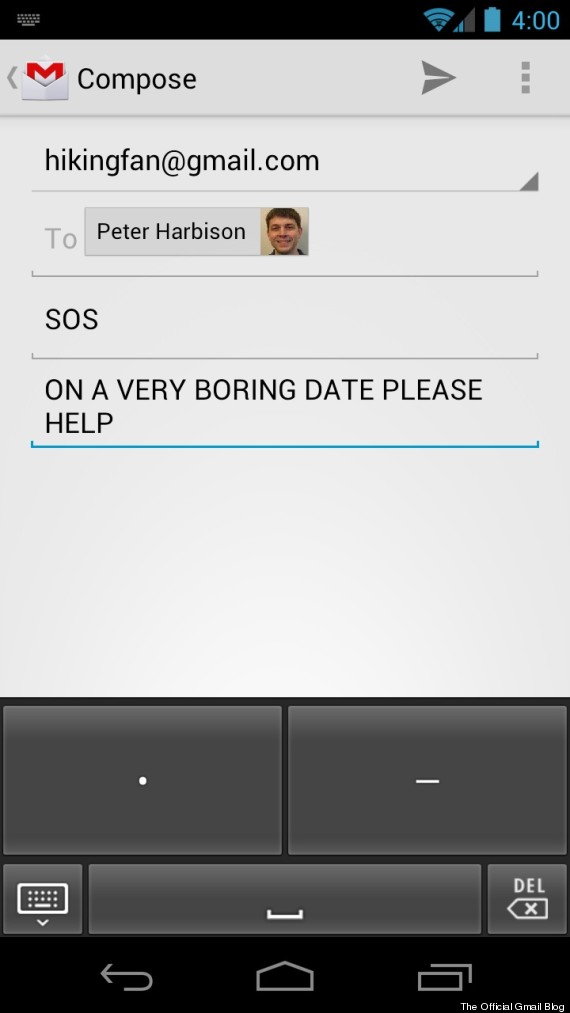 Google created an informational Gmail page that further explains Gmail Tap's features. The app includes a keyboard with a dot key, a dash key and a space bar; "re-imagined" autocomplete; an option for audio feedback; and (my personal favorite) a "dual threaded keyboard" that lets you compose two emails at once. Google warns that this last feature is for "power users only." 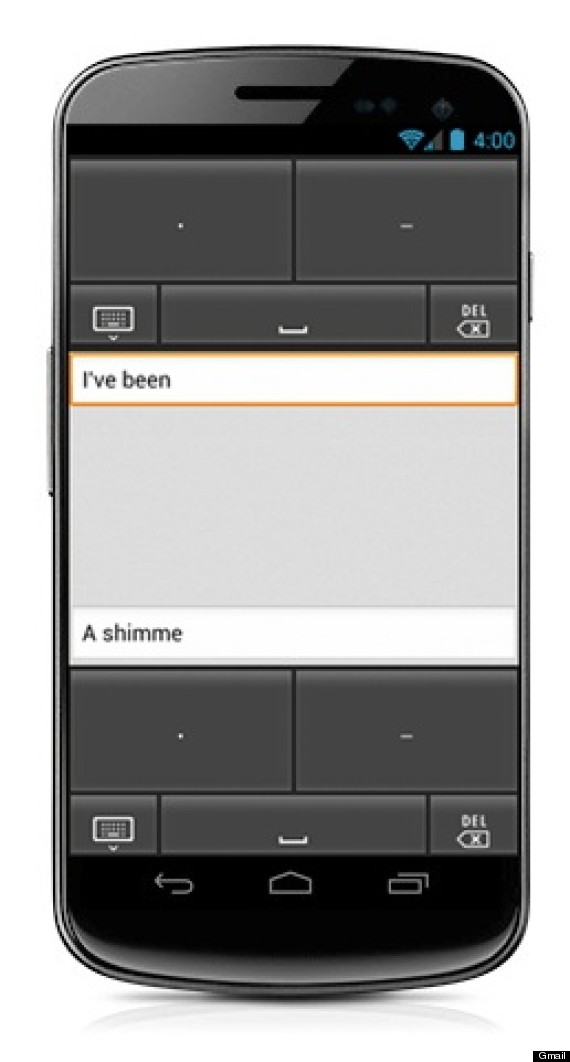 Google's even gone so far to create a "download" button that tells the user that demand for the app is too high and that it will be available again on April 2. Right.

Judging by the comments on the Gmail Google+ page, many users seem to think this is a pretty cool app. (All jokes aside, I too would really like to give this one a go. Well played, Google.)

Would you ever download a Morse Code keyboard for your phone, if one were available in real life? How does this prank compare to last year's hilarious Gmail Motion, Google's fake product that purportedly let users navigate the Gmail inbox using body motions.