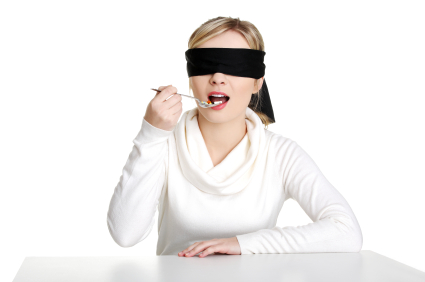 Two separate but very much related events that could radically change the way America farms and feeds itself are big in the news right now. Both concern a matter dear to my heart: food labeling.

As leading food and ag writer, Tom Philpott, recently wrote that the upcoming vote in California on Proposition 37 "could spur a revolution in the way our food is made." If adopted, Prop 37 would simply require the labeling of food containing genetically modified (GM) ingredients.

Predictably, the biotech and food industries are fighting Prop 37 blood, tooth, and nail (plus a small matter of almost $40 million dollars). They're terrified that, if GM ingredients must be labeled in California, consumers there might choose to avoid eating GM food altogether. They're even more worried that food manufacturers might just decide to avoid the cost of producing one food product for California and another for the rest of the U.S. by seeking to source only non-GM ingredients. When you consider that many "radical" laws that first appeared in California were subsequently adopted by other states, such as car emission standards, smoking in the workplace, or civil rights, you begin to understand just why the likes of Monsanto, Bayer, BASF, and Syngenta, plus major food corporations such as Kelloggs, Nestle and PepsiCo, have amassed the war chest of almost $40 million to persuade the good people of California that it's really not in their best interest to know if the food they're eating contains GM ingredients or not. The blatantly self-serving positioning of these corporate megaliths has already received much derision, including this excellent star-studded video by consumer advocacy group Food & Water Watch, in which Danny DeVito ironically asks, "What makes you think you have the right to know?"

As if Prop 37 wasn't significant enough, recent news that the same lawyers who took on the big U.S. tobacco companies -- and won -- are now setting their sights on the food industry will have ruffled more than a few feathers in boardrooms across the nation. And rightly so.

Don Barrett, the Mississippi lawyer who won hundreds of millions against the giants of the tobacco industry in the 1990s, is one of several lawyers who claim that major food manufacturers are misrepresenting their products -- and therefore misleading consumers -- by promoting them as "natural" or "healthy," for example.

At Animal Welfare Approved (AWA) we couldn't agree more. For years, we have been campaigning to raise public awareness about the deceit and often downright lies that people are literally swallowing each and every day. That's why we published Food Labeling for Dummies -- our free downloadable guide to the bewildering and frequently misleading claims and terms found on food packaging. It's an eye-opening read, to say the least.

Sadly, as consumer concern about the negative impact of intensive farming on our health and the environment has grown, so too has the number of food labels making so-called health, animal welfare or environmental claims. The extent to which some of these unscrupulous food manufacturers and processors will go to in order to make a quick buck just beggars belief.

Nowhere is this truer than with meat, eggs and dairy products. The fact is that if most people could actually see the real farming systems hiding behind the bucolic farm images or positive-sounding claims found on many food labels, they probably wouldn't want to touch the food -- let alone eat it.

Let's start with the term "all natural," which is commonly found on packaging for meat, dairy and eggs. It's actually one of my favorites, because despite what you might think, it has absolutely nothing to do with how the animals were raised. In other words, that "all natural" beef label, which also happens to display happy cattle out on pasture, refers only to the fact that the beef contains no artificial ingredients or added colors, and that it was minimally processed. In reality, the "all natural" beef cattle were finished on dirt feedlots -- barren environments where thousands of cattle are kept in close proximity with limited space and fed an unnatural, unhealthy diet of mainly corn and grain to achieve slaughter weight as quickly as possible. Cattle on feedlots are routinely given antibiotics and hormones to help to prevent inevitable disease outbreaks and maximize growth rates. Sounds "all natural"? I think not.

Similarly, the dozen eggs in a carton that boasts the statement "all natural" can legally come from an industrial indoor poultry operation where tens of thousands of hens are permanently confined in battery cages. Every battery cage contains half a dozen birds that each have less than the area of a sheet of letter paper in which to live. The birds are routinely fed a concoction of antibiotics and other pharmaceuticals -- including arsenic -- to prevent outbreaks of pests and disease. Their beaks are trimmed back to prevent them from pecking each other to death out of sheer frustration. They will never see a blade of grass or natural sunlight, let alone roam and forage the way a chicken does naturally. Would you describe this production system as "all natural?" Of course you wouldn't. Yet companies are making millions of dollars by misleading well-meaning consumers in this way.

Sticking with eggs, how about that carton which describes the hens as "free roaming"? Surely the carton's attractive hand-drawn image of happy chickens out on grass means that the birds have had the freedom to roam across pasture, right? Yet so-called "free-roaming" eggs normally come from hens that spent their entire lives indoors. Although the hens aren't kept in cages, with literally thousands of birds per barn, each bird has very little space to move around. Her beak will be trimmed to prevent her from pecking other birds, and routine antibiotics are the norm here, too. How can companies get away with such misleading labeling?

What about the increasingly-popular "antibiotic free" claim? Antibiotics are often added to the diet of feedlot cattle as their intensive diet of corn and grain can lead to liver abscesses and bloat, while the dusty feedlot environment can cause respiratory disease. Sub-therapeutic antibiotics prevent the inevitable outbreak of diseases and help to maximize the cattle's growth-rate. However, evidence that the routine use of antibiotic in intensive beef, pork and poultry systems is directly linked to the rise of life-threatening antibiotic-resistant bacteria has led to an explosion of consumer interest in "antibiotic free" label claims.

But while any farm or ranch that supplies "antibiotic free" products must provide evidence to the USDA that no antibiotics were used, the USDA doesn't ever inspect or verify farms that make such claims. Instead, they rely on an affidavit -- nothing more than a written statement to say that the farmer or rancher has or has not carried out a particular activity. As I've reported on Huff Post before, the vast majority of food companies will accept these affidavits without a second thought.

It is also important to remember that anyone who chooses to buy meat and dairy products labeled as "antibiotic free" has absolutely no assurance whatsoever that the farm animals were raised according to any environmental, welfare or socially responsible standards; or that the animals were raised on pasture or range - or indeed whether they were given ANY access to the outdoors at all; that the animals weren't crammed into or on slatted floor, crates, cages or feedlots; that the animals weren't fed an inappropriate or unhealthy diet; that the food wasn't produced using other drugs or hormones; or that the farmer undertook any steps to protect or enhance the local environment. So if you're looking to change the way we farm and feed ourselves, buying "antibiotic free" labeled products isn't going to make one bit of difference.

At AWA, we welcome the efforts of Don Barrett and other expert lawyers in exposing misleading claims made by major food manufacturers. It's unfortunate that a lawyer will make millions when we already pay millions to our government in taxes, presumably to protect us from these misleading claims in the first place. Food claims and labels play a vital role in providing consumers with information about how their food is produced. As the public wakes up to the negative impacts of intensive farming on the environment and human health, they're looking for food labels that provide real assurances that the food they buy is healthful, and produced with animal welfare and the environment in mind. Let's hope that this increased scrutiny marks the beginning of the end for those unscrupulous food manufacturers who continue to profit by misleading their customers.

Food labels also offer consumers an opportunity to "vote with their dollars" and influence the kind of farming systems they want for the future. Initiatives like Proposition 37 will not only enable people to decide whether or not they consume GM food; it will also allow them to decide whether or not their money goes to support the further application of GM technology in food and farming in the future.

In a free market, the freedom of choice begins with the freedom of information. As I've said before, many consumers now have a profound feeling that something is very wrong indeed with the way we farm and what we're eating. If the food industry continues to deny people the right to make real choices about the food they buy and how it's produced, dealing with the inevitable consumer backlash will make the recent "pink slime" fiasco seem like a walk in the park.

And in case you were wondering about the earlier reference to mushrooms, I heard this one the other day: "What have mushrooms and American consumers got in common? Big Ag keeps them both in the dark and feeds them SH!@..."

Download AWA's Food Labeling for Dummies - our free guide to the bewildering range of claims and terms, here.