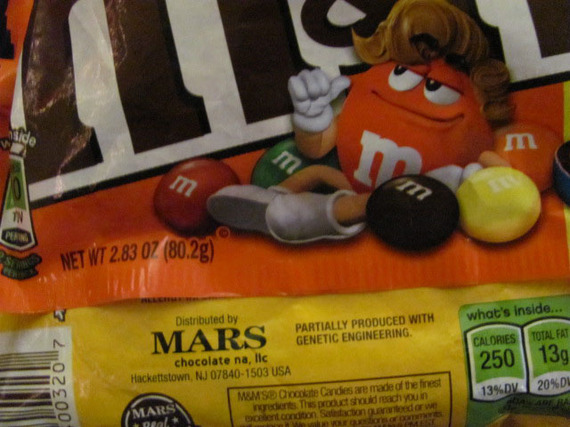 In 2014, Vermont passed the first legislation in the U.S. to require labeling of foods containing genetically engineered ingredients. A year earlier, Connecticut and Maine also passed GMO labeling bills though these were dependent on several other states passing similar laws.

Best of democracy: lawmakers respond to people
These three bills were textbook examples of democracy in action. The states' citizens lobbied their legislatures to introduce the bills, public hearings were held, experts spoke for and against the bills, and lawmakers debated the measures. The bills ultimately passed because the lawmakers recognized that the People wanted them approved.

Vermont's bill passed overwhelmingly in both the state's House of Representatives and Senate, and Governor Pete Shumlin signed the bill shortly thereafter.

This is how democracy is supposed to work, right? Citizens see an issue of concern that needs to be addressed, and they contact their elected representatives who respond by passing a law. This is what happened in Vermont, Connecticut, and Maine.

As Tara Cook-Littman, who spearheaded Connecticut's labeling initiative, said: "We proved in Connecticut that we do have power and can make democracy work."

Worst of democracy: lawmakers pander to corporations
Contrast those initiatives with U.S. federal government action on GMO labeling in the past year. Heavy lobbying by large food and agriculture corporations and groups such as the Grocery Manufacturers Association led the U.S. House of Representatives to introduce the Orwellian-named "Safe and Accurate Food Labeling Act." The bill, dubbed the "DARK Act" (Deny Americans the Right to Know), aimed to stop Vermont and other state GMO labeling laws and establish a meaningless system of voluntary GMO labeling. The DARK Act passed the House but a similar bill failed to pass the U.S. Senate this past March mainly because the people told their senators to vote against it.

Following the Senate defeat, and with Vermont's GMO labeling law set to take effect on July 1, Senators Debbie Stabenow (D-MI) and Pat Roberts (R-KS) drafted a compromise of the DARK Act, making GMO disclosure mandatory and not voluntary as in the House bill. But there was no requirement for an on-package statement as the Vermont law mandated.

Stabenow's compromise essentially snatched defeat from the jaws of victory for labeling supporters because many major food companies were already putting GMO labels on their products sold nationwide to comply with Vermont's law.

The Roberts-Stabenow bill has been described as a "non-labeling GMO labeling bill" since, among its many flaws, it allows food companies to continue their stonewalling of GMO information by putting QR codes on products that can only be read by smartphones. Imagine a busy mother at a supermarket with several children in tow pulling out her smartphone to read QR codes on 20 or 30 food products. Or imagine the many mothers that don't even have smartphones trying to get GMO information. According to marketing communications expert Peter Quinn, the use of QR codes has virtually been abandoned because they have proven to be so ineffective and a "technology wild goose chase."

"Needs of the people have been ignored"
Vermont Senator Bernie Sanders said: "The Stabenow-Roberts GMO bill is confusing, misleading and unenforceable. It does nothing to make sure consumers know what they're eating."
In contrast to Vermont's GMO labeling bill--the Roberts-Stabenow bill had no hearings, no public input, no committee debate, and was rushed to be introduced--and passed in both the Senate and House. Behind the push were Big Food and Ag and their millions of dollars in lobbying.

So while the GMO labeling efforts in Vermont, Connecticut, and Maine demonstrated the best of democracy--working for the people as America's founders intended--the Roberts-Stabenow bill showed us the worst of democracy--with its pandering to the narrow interests of big business at the expense of the wishes of the people. And the bill eviscerates the successful democratic efforts in those states.

As Sanders said: "The needs of people have been ignored in this bill."
Representative Jim McGovern (D-MA) agreed, saying the bill was "not what's in the interests of the American consumer, but what a few special interests want."

With their support for this bad piece of legislation and continued obfuscation, Big Food and Ag have assured themselves more years of consumer distrust, targeting by advocacy groups, and possible PR disasters. A few food companies, such as Campbell's and Dannon, have decided that transparency is the best policy with GMO labeling, but for many others this may be a tough lesson to learn.