(Reuters) - General Motors Co sold a record number of Chevrolet Volt sedans in August -- but that probably isn't a good thing for the automaker's bottom line.

Nearly two years after the introduction of the path-breaking plug-in hybrid, GM is still losing as much as $49,000 on each Volt it builds, according to estimates provided to Reuters by industry analysts and manufacturing experts.

Cheap Volt lease offers meant to drive more customers to Chevy showrooms this summer may have pushed that loss even higher. There are some Americans paying just $5,050 to drive around for two years in a vehicle that cost as much as $89,000 to produce.

And while the loss per vehicle will shrink as more are built and sold, GM is still years away from making money on the Volt, which will soon face new competitors from Ford, Honda and others.

GM's basic problem is that "the Volt is over-engineered and over-priced," said Dennis Virag, president of the Michigan-based Automotive Consulting Group.

And in a sign that there may be a wider market problem, Nissan, Honda and Mitsubishi have been struggling to sell their electric and hybrid vehicles, though Toyota's Prius range has been in increasing demand.

GM's quandary is how to increase sales volume so that it can spread its estimated $1.2-billion investment in the Volt over more vehicles while reducing manufacturing and component costs - which will be difficult to bring down until sales increase.

But the Volt's steep $39,995 base price and its complex technology -- the car uses expensive lithium-polymer batteries, sophisticated electronics and an electric motor combined with a gasoline engine -- have kept many prospective buyers away from Chevy showrooms.

Some are put off by the technical challenges of ownership, mainly related to charging the battery. Plug-in hybrids such as the Volt still take hours to fully charge the batteries - a process that can been speeded up a bit with the installation of a $2,000 commercial-grade charger in the garage.

The lack of interest in the car has prevented GM from coming close to its early, optimistic sales projections. Discounted leases as low as $199 a month helped propel Volt sales in August to 2,831, pushing year-to-date sales to 13,500, well below the 40,000 cars that GM originally had hoped to sell in 2012.

Out in the trenches, even the cheap leases haven't always been effective.

A Chevrolet dealership that is part of an auto dealer group in Toms River, New Jersey, has sold only one Volt in the last year, said its president Adam Kraushaar. The dealership sells 90 to 100 Chevrolets a month.

The weak sales are forcing GM to idle the Detroit-Hamtramck assembly plant that makes the Chevrolet Volt for four weeks from September 17, according to plant suppliers and union sources. It is the second time GM has had to call a Volt production halt this year.

GM acknowledges the Volt continues to lose money, and suggests it might not reach break even until the next-generation model is launched in about three years.

"It's true, we're not making money yet" on the Volt, said Doug Parks, GM's vice president of global product programs and the former Volt development chief, in an interview. The car "eventually will make money. As the volume comes up and we get into the Gen 2 car, we're going to turn (the losses) around," Parks said.

"I don't see how General Motors will ever get its money back on that vehicle," countered Sandy Munro, president of Michigan-based Munro & Associates, which performs detailed tear-down analyses of vehicles and components for global manufacturers and the U.S. government.

It currently costs GM "at least" $75,000 to build the Volt, including development costs, Munro said. That's nearly twice the base price of the Volt before a $7,500 federal tax credit provided as part of President Barack Obama's green energy policy.

Other estimates range from $76,000 to $88,000, according to four industry consultants contacted by Reuters. The consultants' companies all have performed work for GM and are familiar with the Volt's development and production. They requested anonymity because of the sensitive nature of their auto industry ties.

Parks declined to comment on specific costs related to the Volt.

The independent cost estimates obtained by Reuters factor in GM's initial investment in development of the Volt and its key components, as well as new tooling for battery, stamping, assembly and supplier plants -- a price tag that totals "a little over" $1 billion, Parks said. Independent estimates put it at $1.2 billion, a figure that does not include sales, marketing and related corporate costs.

Spread out over the 21,500 Volts that GM has sold since the car's introduction in December 2010, the development and tooling costs average just under $56,000 per car. That figure will, of course, come down as more Volts are sold.

The actual cost to build the Volt is estimated to be an additional $20,000 to $32,000 per vehicle, according to Munro and the other industry consultants.

The production cost estimates are considerably higher than those for the Chevrolet Cruze, the Volt's conventional gasoline-engine sister car, which Munro estimates at $12,000 to $15,000 per vehicle.

Production costs typically include such items as parts, material, labor and the cost to run the factory, according to manufacturing expert Ron Harbour, who heads the North American Automotive Practice at Michigan-based consultant Oliver Wyman.

The basic model has a higher level of equipment and features than the Cruze, which is assembled in Lordstown, Ohio, and has a starting sales price of $17,925. The Volt also has a number of unique parts, including the battery pack, the electric motor and the power electronics.

Some of GM's suppliers also impose cost penalties on the automaker because the Volt's production volume remains well below projections.

Still, as the company wrestles with how to drive down costs and increase showroom traffic, Parks said the Volt is an important car for GM in other respects.

"It wasn't conceived as a way to make tons of money," he said. "It was a big dip in the technology pool for GM. We've learned a boatload of stuff that we're deploying on other models," Parks said. Those include the Cruze and such future cars as the 2014 Cadillac ELR hybrid.

Toyota said it now makes a profit on the Prius, which was introduced in the United States in 2000 and is now in its third generation. Sales of the Prius hybrid, which comes in four different versions priced as low as $19,745, have almost doubled so far this year to 164,408.

Other such vehicles haven't done nearly as well. Nissan's pure-electric Leaf, which debuted at the same time as the Volt and retails for $36,050, has sold just 4,228 this year, while the Honda Insight, which has the lowest starting price of any hybrid in the U.S. at $19,290, has sales this year of only 4,801. The Mitsubishi i, an even smaller electric car priced from $29,975, is in even worse shape, with only 403 sales.

Toyota's unveiling of the original Prius caught U.S. automakers off guard. GM, then under the leadership of Rick Wagoner and Bob Lutz, decided it needed a "leapfrog" product to tackle Toyota and unveiled the Volt concept to considerable fanfare at the 2007 Detroit auto show.

The car entered production in the fall of 2010 as the first U.S. gasoline-electric hybrid that could be recharged by plugging the car into any electrical outlet. The Obama administration, which engineered a $50-billion taxpayer rescue of GM from bankruptcy in 2009 and has provided more than $5 billion in subsidies for green-car development, praised the Volt as an example of the country's commitment to building more fuel-efficient cars.

GM's investment in the Volt has so far been a fraction of the $5 billion that Nissan said it is spending to develop and tool global production of the Leaf and its associated technologies and the reported $10 billion or more that Toyota has plowed into the Prius and various derivatives over the past decade.

But there will inevitably be more development costs for future generations of GM plug-ins and it could still could be years before GM sells enough Volts to bring the cost down to break even.

The average per-car costs for development and tooling will drop as sales volume rises. But GM will need to sell 120,000 Volts before the per-vehicle cost reaches $10,000 -- and that may not occur during the projected five-year life cycle of the first-generation Volt.

Parks said the company also is continuously reducing production costs on the current Volt and its successor. "There is a strong push on the cost of the Gen 2 to get the car to make money and to be more affordable . . . Virtually every component in the next-gen car is going to be cheaper," he said.

One obvious way to pull down costs is to push up volume -- but GM is paying a hefty price to do so.

The automaker just ended a special Volt lease program that offered customers a low monthly payment of $279 a month for two years, with some high-volume dealers dropping the payment to $199 a month after receiving incentive money from GM, with down payments as low as $250. The company said about two-thirds of Volt customers in July and August leased their vehicles, compared with about 40 percent earlier this year.

Before GM resorted to discounting Volt leases, sales were averaging just over 1,500 cars a month. A huge part of that reason was consumer push back over the price, according to Virag of Automotive Consulting.

Parks said the sales pitch for the Volt was "difficult" because of the sticker price and the car's technical complexity. But the discounted leases have helped lure more non-GM buyers into Chevy showrooms. Their number-one trade-in: Toyota Prius.

Raymond Chevrolet, in suburban Chicago, sells an average 1,000 Chevys a month, including three to seven Volts. Dealership president Mark Scarpelli said that "some people who like the concept of an electric vehicle find it cost-prohibitive." 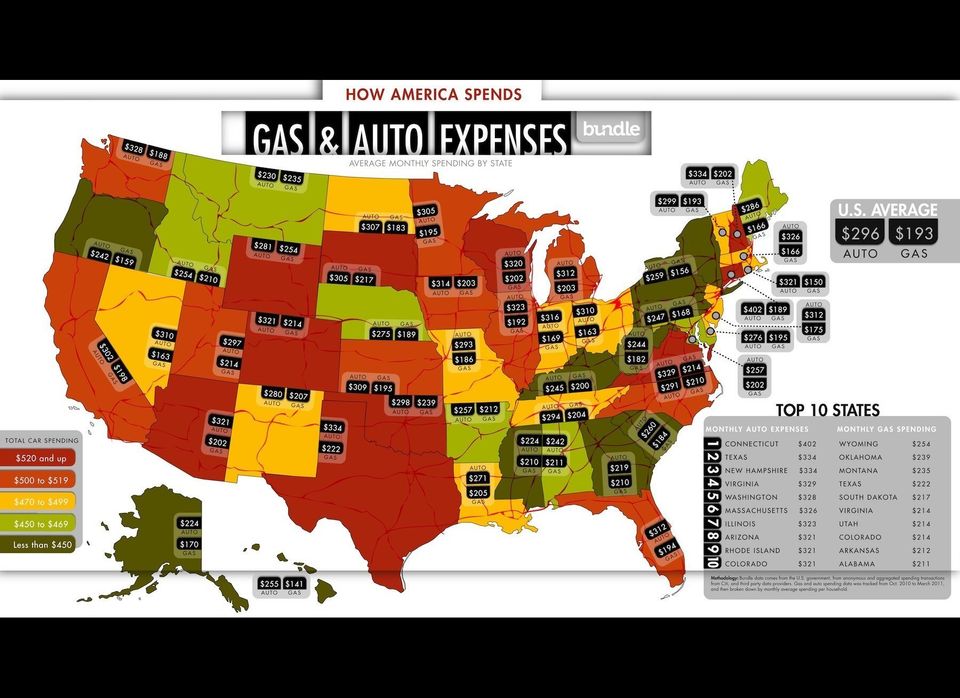