My baby bump is a magnet.

It has a powerful pull over your curious hands, no matter if you're a family member, a friend or even a total stranger in the grocery store.

There's just something about my ever-expanding belly that you can't resist touching -- sometimes rubbing in gentle circles like you're waxing a Mustang, sometimes patting it approvingly like you would the head of a well-behaved puppy.

For many pregnant women, your hands approaching their midsection is one of the most bothersome parts of carrying a child, topping even nausea, the constant urge to pee and swollen cankles.

And I get that. There's nothing that says the moment my uterus became inhabited was the moment my body became public property, and for many women, that sort of unwanted touching can range from uncomfortable to annoying to triggering.

But luckily for you, it's none of those for me. I say, Go ahead and touch my pregnant belly.

Because I see in your eyes that just yesterday your last child took his first steps, and your heart is heavy that your baby days are behind you.

Or because I suspect you're having trouble getting a baby bump of your own, even though you've been praying for one every night for months or even years.

Because you're a grandparent caught up in the reality of how fast it all flew by, of fleeting memories not savored enough in the moment.

Because you're mourning the death of a family member, and the feel of a kick from my belly reminds you of new life, new beginnings and of hope.

Or maybe, it's because you just love babies -- I don't want to deny you the joy of connecting with one, even one yet to be born.

Sure, you are totally violating my personal space, and after a few moments with your hand attached to my about-to-pop belly button we both might start feeling awkward.

But I believe you mean well -- that your intentions are pure, that you just want to celebrate my baby and the miraculous process by which she will grow and enter into this world.

So go ahead and touch my pregnant belly. Just do me a favor and ask first, OK? 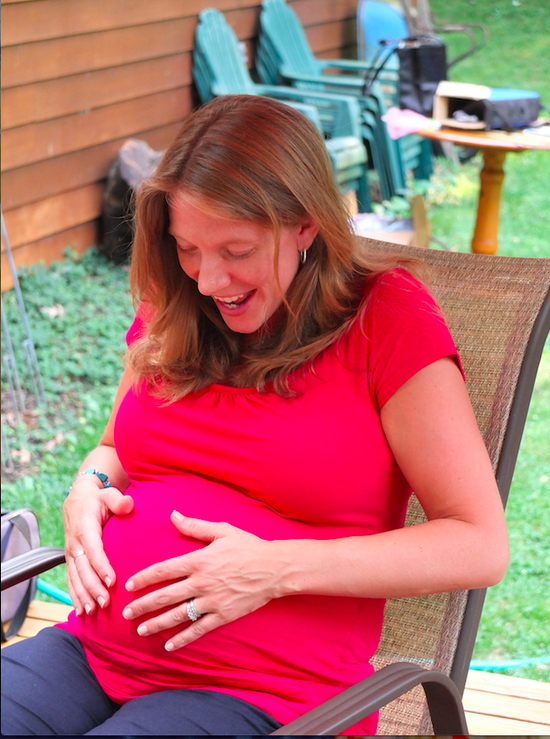 This post originally appeared on the blog Pick Any Two.