This past Wednesday marked the official launch of the Rio 2016 Olympics, an event that has been swimming in controversy due to the political and economic climate of Brazil. The event is a divisive one with major concerns like the Zika virus, the polluted water, and the inequality of poverty in Rio coming to the forefront. However, there are also benefits brought out by such a large scale event such as regenerating (some) underprivileged areas, job creation, and bringing the world together to celebrate sports. With the games officially underway, there's sure to be even more to talk about.

Now It's Your Turn To Join The Conversation and Go #BeyondthePodium

If you currently have a video, or are interested in making one about the Olympics, send it to us via Facebook or Twitter using the hashtag #BeyondthePodium and tagging Outspeak. Or email your submissions to social@outspeak.tv. Your content has the opportunity to be featured on Huffington Post's massive social media pages, on Outspeak social media, and the chance for an editorial feature on the Outspeak page.

For an example of how these features look. Check out our mashup video for the recent Orlando shooting tragedy, and Outspeaker Rob Greenfield's videos featured as part the HuffPost #Reclaim campaign. 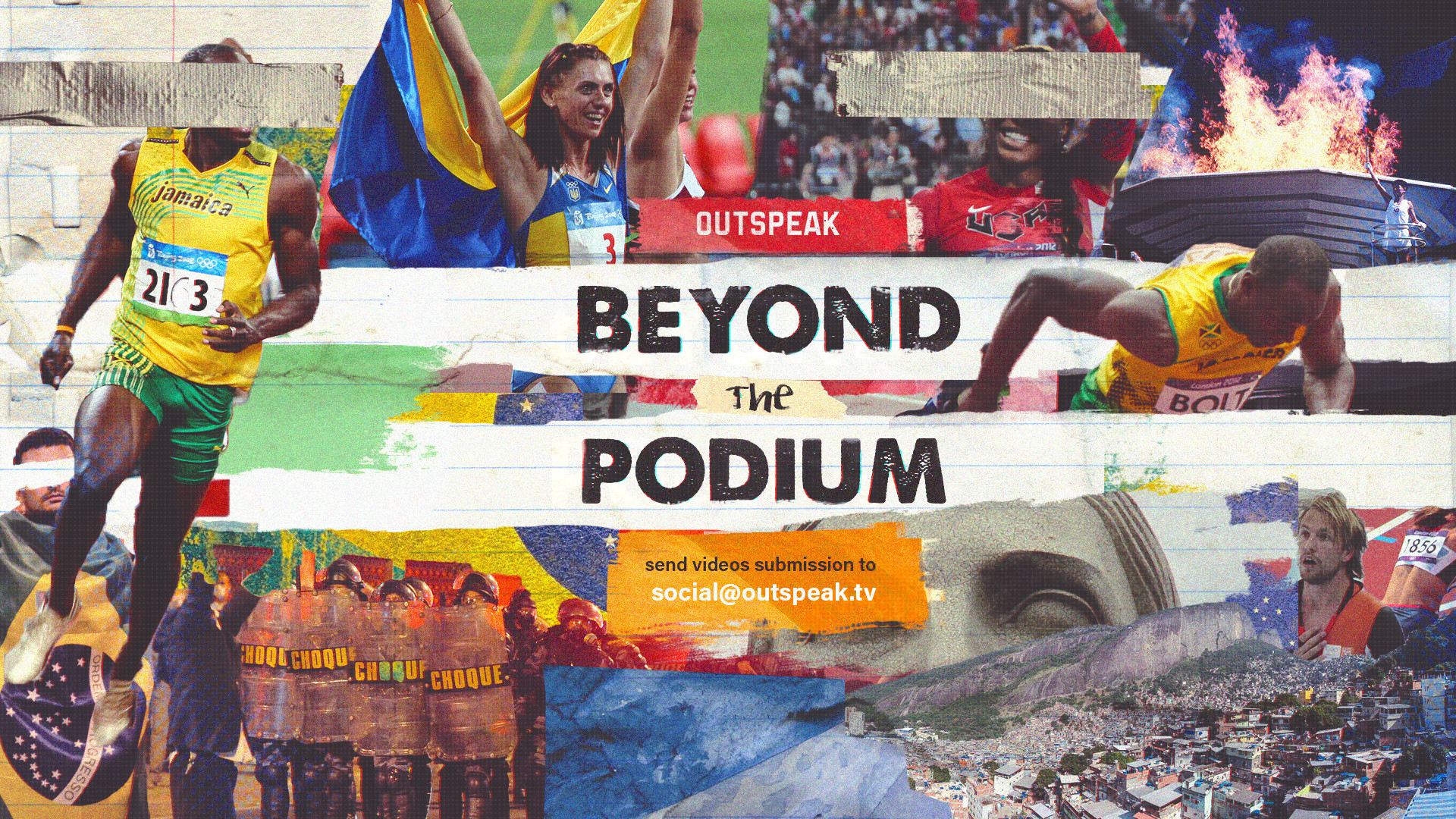 Please Keep In Mind The Following When Filming Your Video:

Let's join the conversation and take things #BeyondthePodium. Show us your passion and your unique outlook on this major world event. Here is your moment to be heard.

If you have any questions, please contact us at social@outspeak.tv or give us a shout on Twitter.