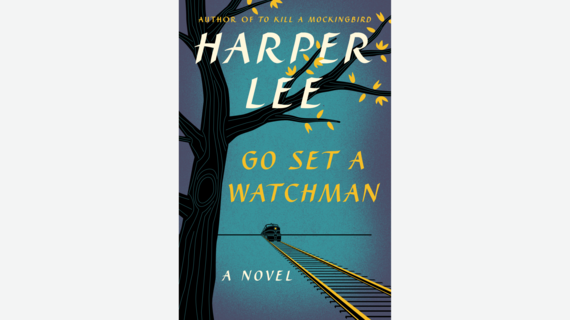 There has been wide speculation surrounding Harper Lee's long-awaited first-written, second-published novel, Go Set a Watchman (GSAW), which was finally published this week. Its origins, its discovery and how it even came to exist are still largely shrouded in mystery. Amidst this controversy, it is important to note that GSAW was never -- and still isn't -- a "finished" novel. It was published 50+ years after Lee worked on it, without any further editing.

The version of the book that is currently on store shelves never truly made it through the traditional editing process. When this manuscript was submitted for publication, it was Lee's then-editor Tay Hohoff who suggested that she try approaching the book from the perspective of the main character in her youth. Lee purportedly abandoned the GSAWA manuscript and set to work creating a new version -- which resulted in the literary classic To Kill a Mockingbird (TKAM).

According to Tina Andreadis, a HarperCollins representative: "To Kill a Mockingbird was painstakingly edited and rewritten over a two-year period, while Go Set a Watchman is being published as it was originally written." TKAM is an inspiring, thoughtful novel on which Lee worked with an equally thoughtful editor who helped her to uncover the true underlying story that we all know and love today. Half a century later, this editing process was absent in GSAW.

The first manuscript remained in stasis until it was re-discovered and published as-was-found. According to Andreadis, "Harper Lee wanted to have the novel published exactly as it was written, without editorial intervention"; though, she has not re-read the novel since its re-discovery.

In turn, GSAW can be viewed as nothing more than a draft, despite its being promoted as a finished novel. It is a look into Lee's writing process -- a monumental success in its own right, since Lee has remained almost completely out of the public eye for most of her life. This is a look at her novel, not in its sleek, final form, but as a vision that was never fully realized. Where the editing process is truly seen is in the progression between the two novels, as one spawned the other. One can consider GSAW to be the first draft of TKAM.

In fact, many reviews are reacting in the reverse of the truth. The New York Times article "Harper Lee's 'Go Set a Watchman' Gives Atticus Finch a Dark Side," for instance, should in fact be remarking that Atticus Finch was given a benevolent side after initially being portrayed as a darker character. Such a distinction is important to the timeline of Lee's career and progression of her characters -- something that has largely been missed in the media frenzy surrounding the "novel"s release.