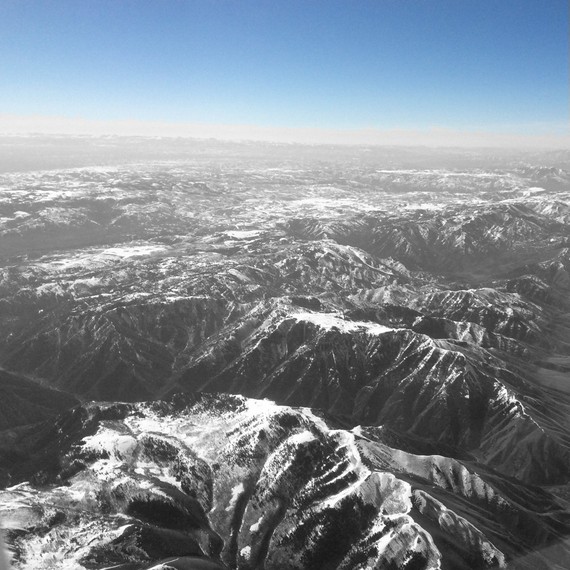 I spent an entire weekend with entrepreneurs, doers of cool and great things; creative creator types; people who care about people, the world and the environment; successful business people who transcend mere digital ideas...and no one -- NO ONE -- mentioned the words app or social network...as in the latest Facebook killer, monetization, second or third screen, Web 3.0 or any other meaningless digibabble.

In fact -- as a group, there was a lot of discussion about how to switch off -- how always being on inhibits and impedes true creativity -- and the value of being able to listen, to respond...to have human interface -- action and reaction.

No doubt some of you are reading this and rolling your eyes, assigning me a Luddite status, automatically assuming I just don't get it... out of touch... not with it -- you get my drift...

In fact, not just wrong -- sadly and inexorably wrong.

Digital is everything... but not everything is digital.

This has been my mantra and platform for years -- but never have I been more certain of this notion than when I drove down from Powder Mountain, Utah, in near-whiteout conditions Sunday noon after an amazing, energizing and frankly humbling weekend on the mountain at Summit Series.

I will let you read up on Summit Powder Mountain -- one of the rules of inclusion is no posting or other social digital activity while you are there -- wake up world -- this is the real thing -- not the latest BS on some tanked-out faux celeb or incessant stupid chatter about some party stuff -- and they want the conversation to stay inside and focused -- no finger distractions while you are in the creative mode -- while its implications ripple out when we leave -- real communication...

What a reminder about what really drives ideas, thoughts, creativity... conversation -- people talking, sharing, eating together, listening, reacting, hiking, skiing -- in short -- the very things that have propelled humankind to the top of the bio heap.

So I listened to Chris Wink, the founder of Blue Man Group, talk about the power of "Life Force" to enhance creativity -- not just inspirational, but seriously actionable.

I joined a hike with Chase Iron Eyes, a citizen of the Standing Rock Sioux Tribe and a lawyer and tribal judge -- who spearheaded a crowdfunding campaign to raise $9 million to save sacred sites in the Black Hills of South Dakota, and learned how animals taught us social networking -- brilliant, think about it...there was something before Twitter...while we shared the commonalities between the Sioux view of creation and the mystical Jewish Kabbalah -- and they are similar -- amazing.

John Forte talked about personal accountability and prison and how to make many inmates productive members of society -- and he sang (beautifully) and left us all energized to do and raise our voices.

And Wade Davis taught us that diversity is what makes the world -- not homogeneity.

I could go on and on -- but what really makes it all work is that you sit with them and the other participants who have started companies, produced movies, created social movements, thought great thoughts, shared brilliant ideas and who, bottom line, care and want to do.

So what's my point? No one mentioned apps or social networks -- and I am serious.

We are so jaded and skewed in our thinking that true creativity is being stymied and atrophied because we don't get that digital isn't everything...

We need to learn to shut down our devices from time to time -- to listen -- to interact -- to be amazed by life and messy endeavors -- not just by codes and algorithms...

If you really want to see "Big Data," open your eyes and ears...it's out there for all of us to tap into -- it's called the Universe and it's waiting for you. Ask Chase Iron Eyes or the animals who preceded Twitter... Listen:


And there you have it -- we all have it -- I was lucky enough to get to Powder Mountain to rediscover it -- to have its memory revived- but it's there waiting for any and all to grab it.

So go a day -- unplug -- don't say "app" -- forget about monetization -- pretend that social networking means listening and talking and listening some more... remember the animals...