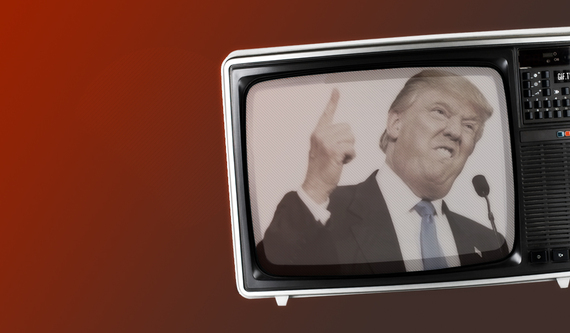 I was going to write about the Boston Celtics today. I was going to wake up and write about how Boston was rising, not unlike a Phoenix from the ashes of Brooklyn, in the East. I was going to tell you how Boston could stay pat or make upwards of three possible trades and propel themselves in to elite conversation this very season. It was a great article. It was going to have many words. Great words. One might even say the best words. Instead my Twitter is full of Melania Trump and this idiotic focus on her plagiarism of Michelle Obama's speech. So now I have to talk about that, or to be more accurate, avoid in all living hell talking about that and talk about other things at the truncated clown show that was the Republican Convention.

Here's the thing. You can play the speeches side by side ad nauseam. You can pull out all of the words they said the same. You can compare tone of voice, cadence, delivery technique, the pen they wrote the damn thing with and none of it (and I want to repeat this for the back rows with more emphasis here: NONE!) of this will matter. Do you think the electorate that supported Trump through open lies and advocacy of genocide on live TV, the electorate that cheered for imprisonment of a democratic presidential nominee and reached euphoria in a near sexual climax to 4 hours of Benghazi grief-porn is going to look at this and say "plagiarism is where we will draw the goddamn line here!" They will not.

Seeing how I already spent three paragraphs too many discussing this footnote of a non-issue that we all insist to blow up into front page news, here are some of the other, significantly more notable things that took place at the RNC:

The Republicans appeared to have enough votes for a roll call which would, if not threaten, then at least impede Trump's path to eventual nomination. That vote quickly got overlooked, despite obvious arguments. Instead, we had a circus show to drown out the noise. Representatives of key states either walked out or were visibly displeased at the decision to block the vote. With the Republicans needing to really mobilize their electorate in key battleground states, any party dissent can be fatal to this campaign before it even starts. But, I mean, it's not like Colorado, Iowa or Ohio are important, right?

That's pretty much all that needs to be said on the topic. We don't need to say anything else on the topic. These are your republican representatives.

For about 2 hours, the convention turned into an aftermath of a Michael Bay movie. We had accounts of the attack, the blame game where Hillary Clinton was always, and I mean always, the villain. While I command men and women of the U.S. armed forces for their service, demeaning their contribution and disrespecting lives lost for cheap, political melodrama is the basest low of U.S. politics, but that's where we are now. At no point during this did any of the speakers bother to differentiate fact from statements already proven to be fictitious.

The republicans call for imprisonment of the Democratic Presidential Nominee

As the "WE WANT TRUMP" bleating subsided, it got replaced by calls to imprison Hillary Clinton, a major political figure and the opposing party's nominee. There was only one time in modern politics that mirrors this. When the Ukrainian election (which was rigged) was won by Victor Yanukovich, he quickly imprisoned his political opponent Yulia Tymoshenko. And if you need a quick brief up on political history of where that presidency went: there was a national revolution, the president was ousted, the country is in an open economic tailspin and an even worse political and social turmoil. Welcome to your future United States.

A Baltimore policeman, Lt. Brian Rice was directly responsible for a death of a young man -- Freddie Gray. He was acquitted, much to the delight of a party that hopes to be in power in a country that is in the middle of a very serious civil and social conflict. The one that needs trust, transparency and accountability. Instead, they choose the celebrate the plight of its citizens.

Remember when politics was about the art of the compromise, open dialogue and discussion between opposing viewpoints. It's about offering alternative solutions that benefited the country as a whole and moved the needle forward in both social and economic issues. Yeah, one of that happened, instead we got angry Guiliani screaming at us for about 10 minutes.

These are some of the things you should be discussing ahead of the Melania Trump plagiarism. You don't need to discuss it. Someone made a damn video that should speak for itself. That should be the end of discussion.

I taught speech for ten years. Even my worst students would not have done this: https://t.co/QhPPC8ENUA pic.twitter.com/co5VveF5cq

At this rate I wouldn't be surprised if over the next few days: