Women all around the world will be getting something off their chest on Sunday: Mainly their tops.

Aug. 24 marks Go Topless Day, a 24-hour period where women (and men) are encouraged to bare their upper bodies in order to protest hypocritical laws that force women to cover their breasts while allowing men to walk around with no shirts.

This year marks the seventh anniversary of the pro-breast protest, organized by a group of UFO believers called the Raelians.

Members believe that humans were created by advanced extraterrestrial scientists known as the "Elohim," and that not allowing women to go topless is an insult to the aliens' artistry.

This year, rallies are planned in 54 cities around the world, including Los Angeles, San Francisco, New York, Chicago, Denver, Miami and Washington, D.C.

Go Topless spokeswoman Rachel Jessee said the principle of the protest is to promote "equal rights and respect for each other."

"The idea that women should cover up is shameful," she told The Huffington Post. "We should not feel ashamed. We want to instill self love and a love for each other."

In some cities, like Washington, the female protesters will bare their breasts while males will wear bikini tops to show their support.

Jessee has participated in two other topless protests and said the reaction from spectators varies.

"Lots of people are supportive," she said. "Some people who are against it don't stay around too long -- except for the people with signs that say, 'You're going to hell.'"

As the photo below amply demonstrates, many of the female participants are attractive. Jessee admits she'd like to attract more conventional-looking people to this year's rallies.

"We encourage people of all ages and sizes to join in," she said. "Sometimes, it's much more difficult to get people who aren't fit to show themselves."

There is also another contingent she is concerned about: Guys who ironically support the cause as an excuse to see bare-breasted women.

"I say to them: If you really are for this cause, bring your girlfriend, sister and mom to the rally, as well," she said. 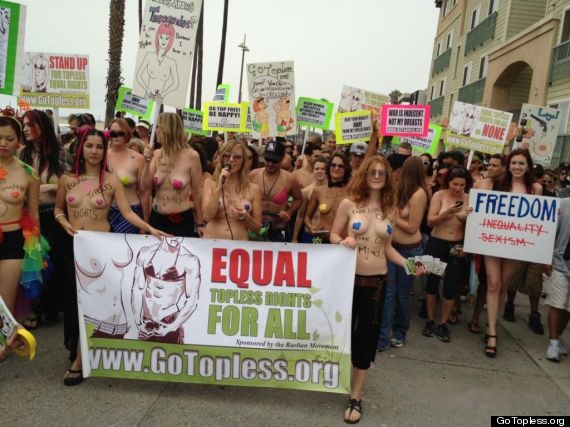 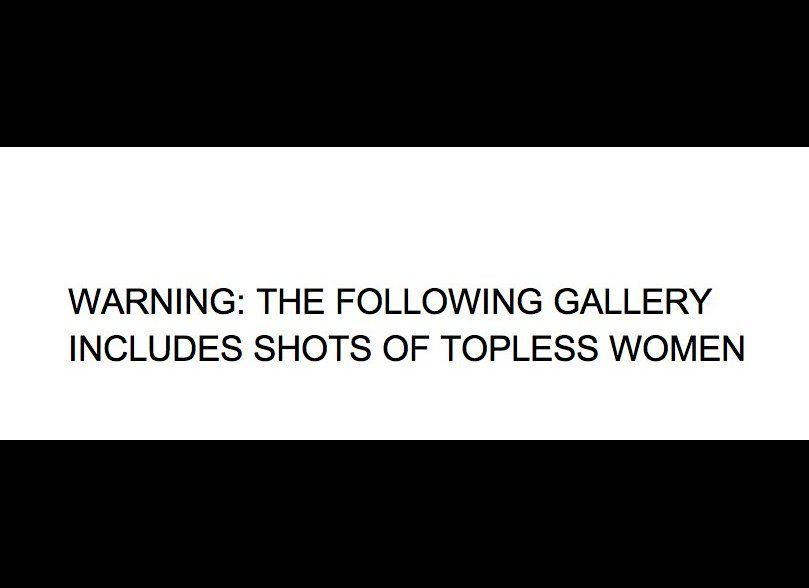