For many years I have been hearing that Costa Rica is a great place to go on vacation. I also heard that the country was the leader in eco-tourism. All of that sounded great, but I have to admit that in my urban mind, I expected Costa Rica to be a typical tropical destination. I decided to sign up for an eco-vacation to discover what sustainable tourism is all about. 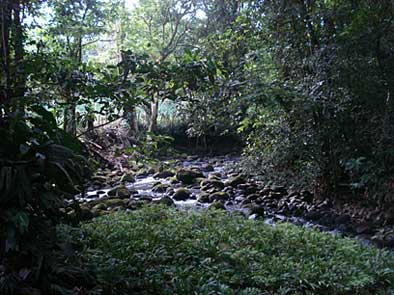 Upon arriving in the capital, San Jose, my guide pulled over to a roadside souvenir shop where our group of tourists could get a view of the beautiful river and surrounding mountains. I saw a lady walking down a pathway leading to the river, so I began to follow her - until I heard our guide yell, "No, no, no! It's much better if you come up here on the bridge and look down." We took his advice, doubled back and went onto the bridge, where I pulled out my video camera to capture the extremely lush vistas. 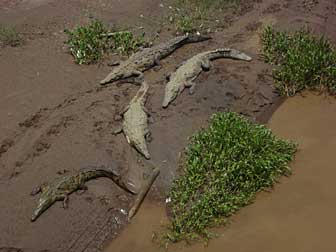 As I was soaking up the fresh air and scenery, I looked down at the river bank, which just happened to be full of fat belly crocodiles catching some sun. After I closed my mouth, I watched more than a few crocodiles fight for food and lounge around next to the river. All of a sudden it dawned on me that the path I was previously walking down lead directly to the crocodile lounge!

At this point, you should know that in Costa Rica you will not be seeing nature as you would at the zoo. You will be a part of nature. In fact, you will be a very small part of nature. Think about all of the house plants and animals you have ever seen in your life super-sized. It has been reported that Costa Rica is .003% of the Earth's surface, but contains 4% of the Earth's biodiversity. You will be awestruck by the number of animal species, plants and vegetation that are within arm's reach. 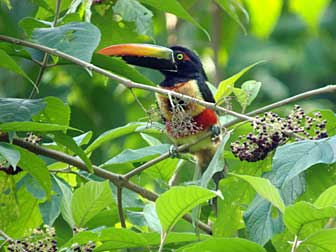 Costa Rica is also topographically abundant. The country has several volcanoes, vast rain forests, and an incredible array of mountains, waterfalls, black sand beaches, and primary forests (thousands of acres of land that has never been cut down by man). I feel that the adjective "awesome" is usually overused, but in the case of Costa Rica's biodiversity, the real definition of the word is applicable.

Fortunately, the Costa Rican government is aware of the country's gifts and has taken protective measures. Twenty five percent of Costa Rica has been designated as national parks throughout the country. The national tourism board has spearheaded eco-tourism and sustainable tourism initiatives for hotels and tour operators. In the grand scheme of things, you will not find outrageously large hotels but instead many small boutique hotels that have implemented sustainable eco-practices that regulate their use of water, chemicals and energy. 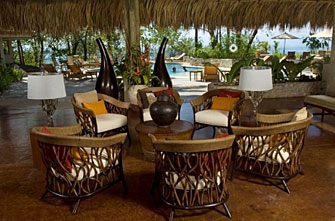 The hotels are rated on a level of 1 to 5 'leaves' for their eco-practices and sustainability. Many of the hotel's architectural designs wrap around the natural environment, such as dinning rooms that have trees rising through the roof. Most of the hotels use natural design materials and cleansers, and sell eco-friendly gifts made by local artisans, in their gift shops. On a personal level, eco-tourism means that you can visit the country and have a good time, but you can't trash the environment, endanger animals, steal plants or be obnoxious. Costa Rica is not Cancun. 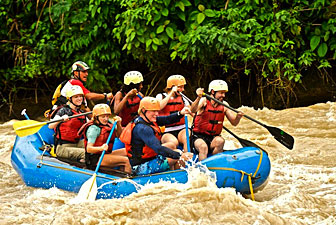 What I found most surprising about going on an eco-vacation is that it wasn't boring. Each day brought a bounty of new information and physical activities. After I managed to not become an appetizer for the crocodiles, I signed up for a white water rafting activity. To be honest, small boats, rushing water and big rocks is generally not my thing, but I signed up to save face with my group. To my surprise after 15 minutes of very intense instruction, our group willingly climbed into a raft, went down river and lived to tell about it.

The next challenge was the canopy zip-line activity. Basically, we walked into the jungle, climbed up towering platforms, were individually harnessed onto an overhead cable, pushed off the platform and glided at top speed above the rain forest. This activity goes on for about three hours. Does that sound like fun to you? Costa Ricans seem to think that's fun and believe it or not, after a while I did too. 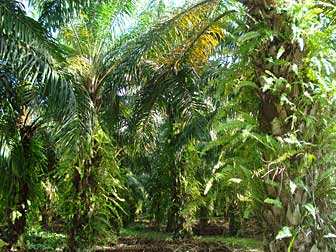 After playing Tarzan and Jane, the next day we ventured into a national park. For the sake of simplicity, you should know that in general Costa Rica is comprised of what most people would consider to be the jungle. So when a tour operator tells you that you are going to a national park, you are going to the jungle. If you are wondering what a real jungle is like, just know that in relationship to whatever may be crawling around, you are completely out numbered and everything growing is much bigger than you are. As a final tip, most brightly colored animals or vegetation in the jungle are toxic, so don't eat those pretty red berries.

While in Costa Rica you will meet the most informative and passionate tour guides, naturalists, and scientists. While touring the Manuel Antonio National Park and mangrove, our guide Yannin, was constantly erupting with both passion and information. Throughout our hike he would command 'vamanos!', to keep us moving. While in the park we spotted monkeys, toucans, frogs, snakes and sloths. The mangrove cruise gave us an up close and personal view of the country's virtually undisturbed wetlands and water ecology. Be forewarned that it is common for nature tours begin at 6am when animals are the most active. Believe me, after a few days of early morning tours one does begin to inquire if the animals do stuff at noon. 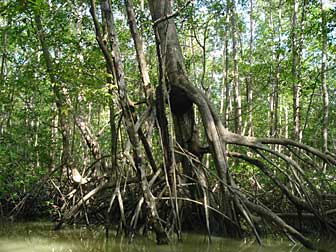 Once we emerged from the swamp, our next day's activity was something I always wanted to do: giant turtle watching. Tortuguero National Park is a 24-mile stretch of beach along the Caribbean Sea in Costa Rica. For centuries, this beach has been one of the largest homes for giant turtles to come onto land and lay their eggs. The Greenback and Leatherback turtles in Costa Rica are the approximate dimensions of a Full Size mattress and weigh at least 300 pounds, which is why they are called giant turtles! 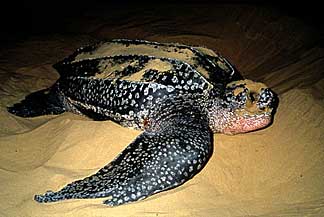 The turtles only come on land to nest during July and August, and they only lay their eggs at night. That night after a serious briefing from our guide, we proceeded to the beach. What we saw on the beach was nothing less than magical. The night sky was completely full of stars and we could clearly see the planet Venus beaming with her halo of light. The sea was crashing and all around us were giant turtles digging holes for nesting and laying eggs. We were able to get so close to the turtles that we could actually see their eggs falling into the sand nests. At this point, Costa Rica's biodiversity completely blew my mind. Little did I know that the best was yet to come. 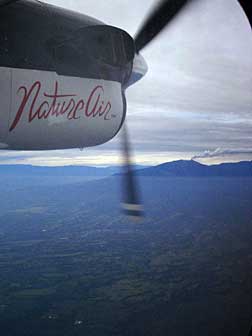 On the last day of my Costa Rican adventure, I took a charter flight on Nature Air to get from one side of the country to the other. Nature Air is the world's first certified carbon neutral airline. The planes are small twin engines with fantastic views. From above we saw landscapes comprised of dense forests, winding rivers, opaque white clouds, and mountains with waterfalls cascading on each side. As if that wasn't enough, the crown jewel was the close up view of Arenal Volcano spewing smoke into the sky. A fellow passenger became so excited that she yelled out "Oh my God! The volcano is volcanoing!" 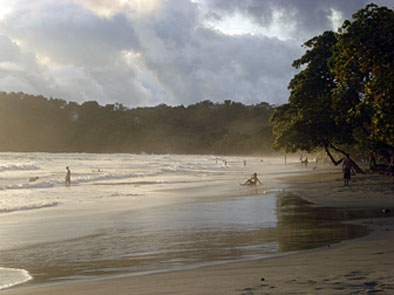 In Costa Rica I got a real sense of what the planet may have been like before humans destructive behavior. A common Costa Rican expression for anything enjoyable is 'Pura Vida', which translates as the purity of life. While visiting Costa Rica I was gifted with a view of the natural world in all its glory, and that world is Pura Vida!

Lauri Lyons is the publisher of NOMADS Magazine and the author of Flag: An American Story.