Is it true that rare Italian goats were airlifted to Afghanistan?

Did Defense Department employees go to carpet tradeshows in Europe? How about on jewelry-related trips to India?

These might seem like unusual questions for the Pentagon, but lawmakers at a hearing Wednesday were trying to figure out how, exactly, a task force spent about $638 million on economic development in Afghanistan.

The readiness subcommittee of the Senate Armed Services Committee didn’t get many answers.

“That’s the big question, and it’s the right one,” was all Brian McKeon, principal deputy undersecretary of defense for policy, could offer.

During two hours of questioning, he provided few specifics, allowing, “It’s a little early to say” whether the now-defunct Task Force for Business and Stability Operations had been successful.

The task force — a “very unusual animal” McKeon called it — was led by civilian business experts and aimed to develop the Afghan economy by jumpstarting the private sector.

The committee called the hearing after the Special Inspector General for Afghanistan Reconstruction, or SIGAR, published several damning reports about wasteful spending by the task force. It operated mostly outside the traditional bounds of government bureaucracy — and, SIGAR said, without much oversight.

John Sopko, the inspector general, testified that, so far, his agency has found that the Pentagon’s task force had a “scattershot approach to economic development” and there was no “credible evidence showing” that its efforts worked.

The task force was initially launched in Iraq before moving to Afghanistan in 2010. But even in Iraq, it was beset with problems, Sopko told the subcommittee. These issues were detailed in at least three official reports. The Pentagon and task force members should have learned from their experience in Iraq, he said, but they repeated the same mistakes.

His conclusions echo a yearlong ProPublica investigation into Afghanistan reconstruction that found a widespread failure to apply lessons from Iraq was in part to blame for upwards of $17 billion in waste.

McKeon put up little defense of the task force beyond disputing SIGAR’s estimated $43 million cost of a controversial natural gas station and claims that his office had been uncooperative.

He said he was “skeptical that the Department of Defense is the natural home” for economic development efforts.

Lawmakers agreed. Sen. Tim Kaine, D-Va., the ranking minority member on the subcommittee, said it was a job better suited for the U.S. Agency for International Development.

McKeon said his office was struggling to come up with answers about the task force’s activities, because it shut down in March and most of its employees left the Defense Department — an argument the lawmakers found unpersuasive.

McKeon was unable to answer even the most basic questions about how all the money was spent.

The Pentagon, for the most part, had records for how money was spent by industry sector, but not necessarily for how support costs broke down for all the individual projects, he said. (Although, those goats? The task force spent $6 million bringing in nine blond ones from Italy and building a farm in an attempt to launch a thriving cashmere industry, according to SIGAR. This project hasn’t been evaluated yet for effectiveness.)

Questioning at the hearing didn’t get any easier from there, and, McKeon had, at times, an almost painful lack of information. Clearly uncomfortable and stuck with a limited script, he reiterated several times that he hadn’t been in charge of the task force, since he only took over the job in 2014.

Ayotte, who chairs the subcommittee, asked if there were metrics to judge the projects.

Then Ayotte asked why the task force eschewed living on a military base and opted instead for private villas and security that cost $150 million — a decision that ate up nearly 24 percent of all the money spent?

“We’re still digging” for an answer on that, McKeon said, but he added that he thought those arrangements were necessary to show businesses that they could operate safely in Afghanistan.

So, Ayotte asked, did any contracts result “because we spent $150 million on villas?”

“Do you see the fallacy of the logic there?” she asked.

The subcommittee asked SIGAR to do a full financial audit of all the task force activities since the Pentagon could provide so few details.

The senators were also concerned with how the Pentagon stonewalled SIGAR’s inquiries on the task force.

But ahead of the hearing, the Pentagon reversed course and handed over a 100-gigabyte hard drive last week that it said contained all the task force information SIGAR had requested.

However, Sopko said “the data provided is substantially inadequate” and forensic accountants are examining it to see if anything was manipulated. McKeon said he was committed to providing SIGAR with all they needed.

Much of the hearing was spent bickering about the actual cost of the compressed natural gas station, which has few customers and is barely being used. Part of the problem: The average Afghan would have to spend more than a year’s salary to convert a car to run on compressed gas.

McKeon did not defend the gas station as a concept, but rather the reported cost.

Last year, SIGAR said it cost $43 million, including $30 million on overhead. This week the Pentagon disputed that number, saying the real cost was under $10 million.

The question comes down to overhead cost, which the Pentagon has been unable to accurately calculate because of poor recordkeeping, Sopko said. He defended SIGAR, saying it reported the best number it had at the time, which came from the Pentagon itself and hadn’t been disputed by the Defense Department until the day before the hearing.

It was unclear by the end of the hearing how much the gas station actually cost or whether anyone would be able to make that determination.

McCaskill had little patience for the cost debate.

She said she wanted to know who had “made the brilliant decision that this was a good idea to put a natural gas station in Afghanistan,” so she could “find out what the person was on that day.”

This story was originally published by ProPublica. 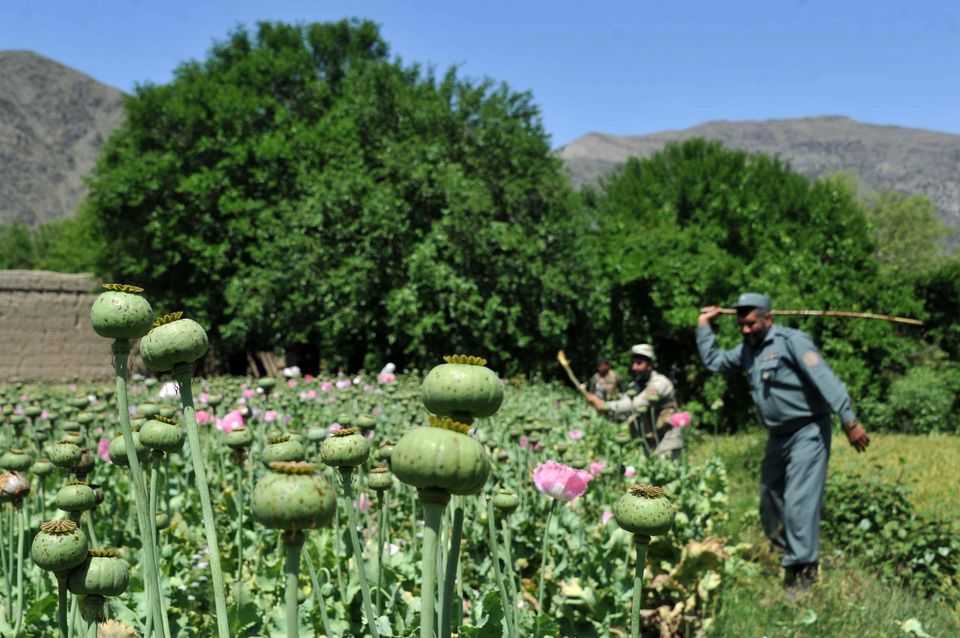