The fear of yellow brick: Of seeing the stuff in museums, or monuments -- or maybe just along the edge of a Siena sidewalk.

Is this a typical phobia of travel, like the fear of flying? I'm pretty sure it is not. But my wife and I both cringe when we're in a city that likes to build with it.

Seeing the base of a statue can be like scraping a blackboard, visiting a gallery like being haunted by a ghost. It puts us in a mood. We detour miles to avoid it. Maybe it is even why we are a match. 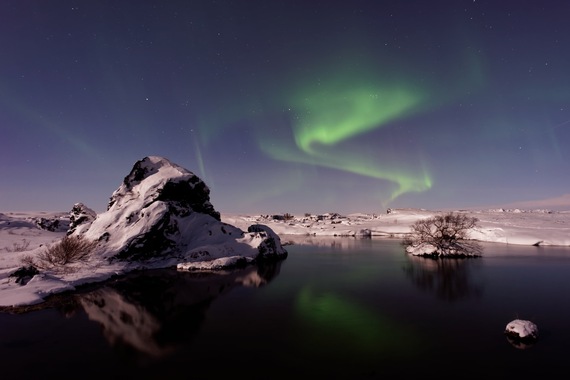 We began to wonder if other people had quirks that made them shy, annoyed, or downright grouchy about aspects of travel. No one we talked to agreed with us on brick color. But when I started asking around, many had lots to tell about their own very personal goblins and gremlins of travel.

Some of people's irritants had to do with sightseeing, some with staying in hotels, and a few with the conveyances -- like taxis and airplanes -- that carry us away from home. Here's a selection of some of the more intriguing gripes and grumps:

There's nothing like staying the night in someone else's space to raise a traveler's hackles. According to Geoffrey Weill, who runs a New York public relations firm with a variety of travel clients, "One of things that drives me BONKERS is when the drapes in a hotel room don't quite close properly, allowing that crack of light to shine right in your eyes at 5 a.m." This is why Weill always travels with "a giant bulldog clip."

"It keeps that crack closed," he says firmly.

Stuart and Pat Imray of Strichen, Scotland, are frequent vacationers in Europe and the U.S. and say they're particularly annoyed by hotel rooms with TV remote controls with row after row of oddly shaped, "muddled" buttons. Another bugbear: Hotels that offer guests "six surplus pillows." Where, they ask, "are you supposed to stash them?"

Ann and Jim Scott of Slatersville, R.I., aren't perplexed by pillows or remotes. It's arcane hotel shower knobs that drive them up the wall. "In Turkey," says Ann, "it got to the point where, for the first time ever, I couldn't even figure out how to turn the shower on. I went to the phone with a towel wrapped around me and the person on the other end kept insisting that they needed to come up and show me." Thanks, but no thanks, said Scott. 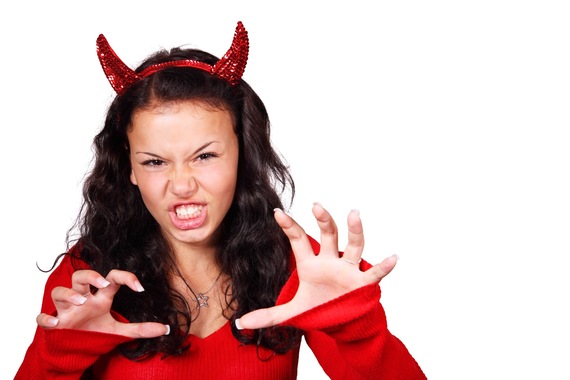 At least as frustrating as hotels, for many travelers, are airline spaces and the reactions they incite. Jennifer Sembler of New York City has a problem with "people who don't abide by airplane armrest etiquette." Sembler is an airborne Emily Post when it comes to this issue. "The person in the middle," she argues, "always, always gets the right to both armrests. If I'm in the aisle or window, I relinquish my armrest rights. So, I expect the same of the aisle and window passengers when I'm in the middle."

Unfortunately, Sembler doesn't always get what she expects. And, worse, she adds, "just because the middle passenger has the right to the armrest doesn't mean they have the right to drape their arm OVER the armrest into my seat -- like the guy next to me on a recent flight to California."

Similar turf issues bother Charlie Berg of San Diego. "When you fly in coach," he grouches, "why is it always the person directly in front of you who insists on reclining his seat to its absolute fullest extent -- and refuses to move forward when requested to do so?"

Jenny Deixel of Brooklyn, N.Y., agrees with this, but adds a litany of her own peevish complaints. "People shouldn't treat a plane like it's a cruise ship," she argues, "and spend the whole time standing in the aisle chatting with their friends."

For that matter, she says, "I can't stand it when people sleep with their head on their open tray table. Or when people take their shoes and socks off on a plane and walk around. Or stick their bare feet through to the next row. That's gross." 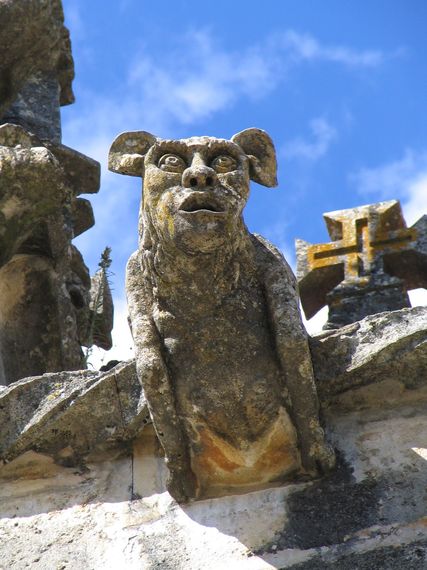 The logistics of arriving somewhere far-off causes some vacationers to feel more peevish than they would at home. According to Joseph Russo of Brookline, Mass., who likes traveling to Italy so much that he's become a citizen of that country, "I will walk to public transportation, toting too many bags, until my feet are bleeding, to avoid taking a taxi."

Why? I wondered. Simple, says Russo: "I can't stand either the compulsion to make small talk with taxi drivers (particularly in a foreign language) or the silence if I don't speak during the ride."

For some travelers, their inner crank doesn't emerge until they're touring a foreign city or a famous museum. Craig Stoltz, a former travel and health editor who lives in Bethesda, Md., finds Florence's lizard population "very unsettling." (His comment unsettled me, since I never knew Florence had any lizards.)

"Nobody warns you," complains Stoltz. "One day I was quite unnerved by what I think was an Italian gecko crossing my path en route to one of the lesser Medici museums. Inside, one of the frescoes featured a tiny, furtive lizard along the edge."

Animal (or reptile) activities don't trouble every tourist. According to some I spoke with, the habits of vacationing humans -- hey, that's us! -- can be even more stressful. Offending behavior, I am told, includes people at "cruise ship and Vegas buffets with TWO plates" and vacationers who wear "rude or dopey" T-shirts.

John Deiner, who for years worked at the Zagat Survey in New York, knows it sounds cranky but says he's bugged by "tourists at Disney World who push oversized kids around in strollers" and by (drumroll, please) "anyone in Crocs."

Finally, there are those who travel the globe but find that -- when push comes to shove aboard an airliner, when a lizard crosses their path, or a hotel shower doesn't work -- they keep smiling.

"This may sound Pollyannaish," says Pauline Frommer, the guidebook author and radio-show host, "but I really can't think of any travel peeves." In fact, she adds, "perhaps my only real peeve when traveling ... is hearing people obsess about their peeves."

That, in the end, made good sense to me. Are goblins and gremlins of travel enough of a reason to give up going? Not for Frommer. Not for my wife and me. And not for even the grouchiest, crankiest travelers I talked to.

We will forge ahead, face the bad with the good, and explore everything.

Everything, that is, so long as it is miles from the nearest yellow brick.