God Hirself is beyond gender. She is all gender and no gender. She is the great Zero, the limitless, holder of the Cosmic Egg from which all life flows and to which all life returns. We cannot think of God Hirself as One, because that separates her out from all else. Rather, thinking of her as Zero, the circumference that includes everything and the center point around which everything else revolves, is closer to the experienced reality. Nuit and Hadit, yesh and ayin, form and emptiness, there is nothing that is not part of the fabric of God Hirself. Another name for this fabric is love.

She caught sight of her reflection in the black bowl of space. Seeing that beauty, she began to make love to herself. From her union with herself, the Divine Twins were born. Brother and brother, sister and sister, brother and sister -- known and unknown, earth and air, fire and ice -- they struggled, they fought, and they kissed. From their great love came something entirely new, a creation not yet seen. From this possibility, a multitude of worlds were born.

The essence of God is that there is no essence of God, for God is all and nothing, here, now and forever. - Reb Yerachmiel ben Yisrael

Monotheists were pointing to a truth in speaking of the unity of love, but they did not yet have the number zero, the cipher, the void. By naming something one, they were trying to get at its unity. What they were not able to realize at the time, is that naming something one, instead of all, is a first separation out, it is a distancing that makes the All the Other. And therein lies trouble. Therein lies alienation. One, rather than remaining a unifying force, becomes a separate being. And that separation opens a deep wound.

Mystics of all religions and cultures have experienced the truth of the wholeness of God Hirself as zero and all, regardless of the name their religion assigns to this concept of deity. Those that are not mystics have not always felt this unity, and have waged many bloody wars over the separation and disconnection they have felt.

We sometimes fight these wars inside of ourselves, whether we believe in many Gods, no Gods, one God or a limitless Divinity that is all. We can feel separate from God Hirself. We can disconnect from the pattern of love. We can enter back into connection and the flow of the Limitless. In that flow we can become the center to her circumference and we can learn to include all. The limitless is beyond duality, beyond black and white, dark and light, anger and hope, though she is within all of these and expressed through all of these. The limitless is zero and many, nothing and all.

We ourselves are whole, a unified being. Yet our parts can act as though they are separate. Our mind and emotions can fight, each insisting that it, and it alone, is "I". This is the lie that causes conflict and dissolution within. However, there are ways to remember that we are Her reflections, and reflect the universe in turn. Just as all possibility abides in love, all possibility rests within us.

The Divine Twins struggle. The Divine Twins kiss. What is it we are bringing now, to form?
The Twins are figures of the duality we parse emptiness back into. This new being -- be it Melek Taus, Ardhanarisvara, Ometeotl, Baphomet, Ymir, Hoor-paar-kraat or something as of yet unnamed -- is the synthesis back to wholeness, a glorious reflection in the edge of space.

There is wholeness. There is separation. There is coming back together again.

There is no self without unity and no unity without self. This is all metaphor. This is reality. Step through the door.

In the dust of Her feet are the hosts of heaven/ and Her star sequined hair/ Is crowned with a coven of six and seven/ Blue suns burning there. - Victor H. Anderson 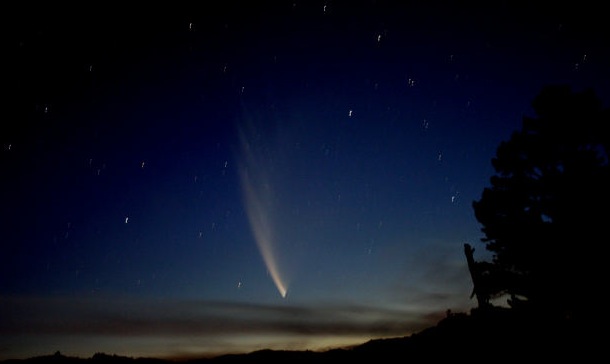 A version of this piece appears in my book Kissing the Limitless. This post is part of today's "Queer Theology Synchroblog 2013"