As she recovered from rounds of chemotherapy and radiation in a battle against non-Hodgkin's lymphoma, Kissee posted a photo to Facebook of her regrown hair in November 2011.

She thought nothing of the picture until about a year later when the Willow Springs, Missouri, resident was "having a rough day."

"I was feeling overwhelmed having to adjust to life with a newborn and a 3-year-old with autism, along with the anticipation of my latest scan results…so I prayed for strength and peace," she said to HuffPost in an email.

Kissee, now 33, found the sign she was searching for when she looked through some old photos.

The curls above her forehead appeared to spell out the word "God" in the picture taken after the cancer treatment. 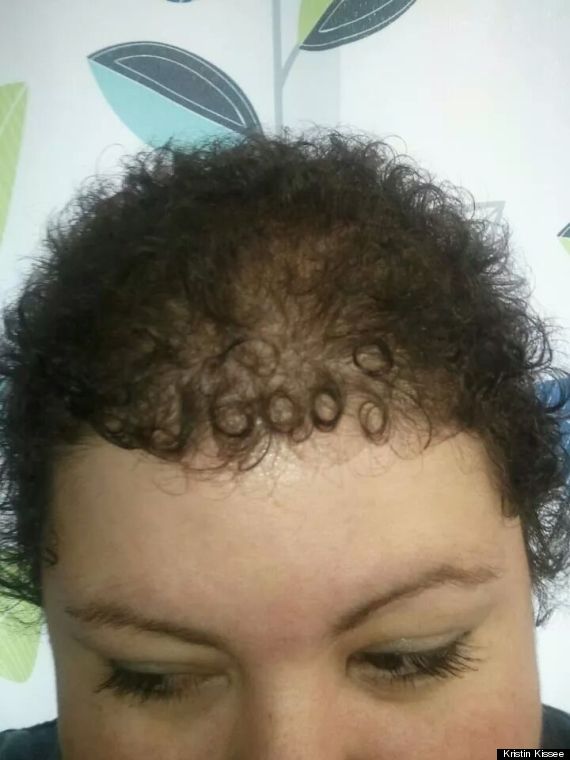 She believes the holy hairdo -- which is only visible in that one photo -- was God's way of sending her reassurance when she needed it.

"I was overcome with feelings of joy and serenity," she told HuffPost. "I cried. God answered my prayers."

Kissee says she does not go to church and is "a bit wary of organized religion," but does believe she has a "spiritual relationship with God."

She was inspired to share her story with HuffPost this week after reading about a chef who found the word "GOD" inside an eggplant.