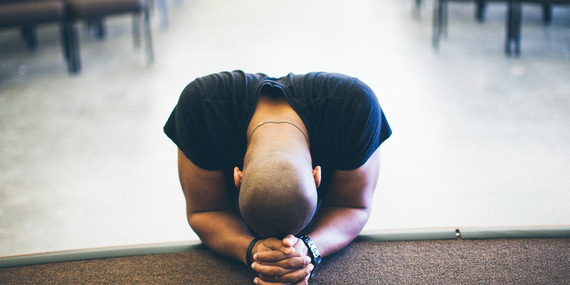 During his powerful eulogy for Clementa Pinckney, the former South Carolina State Senator and beloved Reverend of Emmanuel A.M.E. Church who was tragically murdered in a vicious mass shooting, President Obama spoke passionately to Pinckney's embodiment of spiritual principles.

"We are here today to remember a man of God who lived by faith -- A man who believed in things not seen," Obama declared. "Blinded by hatred, the alleged killer failed to understand what Reverend Pinckney so clearly understood - the power of God's grace."

While the gunman, 21-year-old Dylann Roof, may not have factored the depth of his victims' belief, the killer did explain that his intentions were grounded in the same religious faith -- Christianity. As a result, when Roof intentionally targeted the prominent black church in hopes of inciting a race war and shattering the spirit of black America, his killing took on a more dynamic context that personified the modern paradox of religion.

Founded in 1816, Emmanuel A.M.E. Church is a Southern landmark for community, worship, empowerment and spiritual transformation. Its doors regularly opened to fearless revolutionaries, civil rights leaders, and political peacemakers committed to eradicating racially charged hate. More than a sacred place of refuge, the church symbolizes a source of strength that continuously pumps life into a resilient race of people. "The church is, and always has been the center of African American life - a place to call our own in a too often hostile world," Obama further stated in his address.

Since the times of slave masters dropping bibles down to shackled Africans who couldn't read or speak the English language - black people have always developed a deeply personal definition of God and their spiritual identity. Enduring extreme persecution and exploitation, black people took a template of Christianity and customized it to reflect their own interpretation of its teachings. As a result, spirituality became the soul of our artistry, the language of our existence, and the backbone of our communities. It instilled a sense of power and purpose within a race of people who were deemed powerless.

"The church is, and always has been the center of African American life - a place to call our own in a too often hostile world." - Barack Obama

In his acclaimed bestseller Race Matters, Dr. Cornel West elaborates upon the spiritual war that festers beneath racism. The renowned critical theorist asserts that the silent mass murderer of the black community is nihilism - the state of rejecting all moral and spiritual principles, living without a sense of hope, love and meaning. "Nihilism is a natural consequence of a culture or civilization ruled and regulated by categories that mask manipulation, mastery and domination of people and nature," West describes.

Nihilism is a psychological affliction perpetuated through poverty, oppression and pain. It carries crippling side effects that include depression, addiction, and a numbing apathy that pushes black people into a process of self-destruction. The black church, as a culture and institution, has functioned as a combatant force used to fight against the nihilistic threat.

Consequently, history shows that malicious attacks against black churches are acts of terrorism that have been used by white supremacists and hate groups alike for several decades. Hooded Klansmen commonly set fire to homes, bombed buildings, burned crosses and praised Christ in the same instance -- equating a fictitious racial hierarchy to a fictitious spiritual hierarchy. Dating back to slavery, and evolving throughout the prime of segregation, blacks were overtly dehumanized and classified as lesser people. This notion of inferiority crossed over into religion, translating into the belief that black people inherited a spirit of evil, needing to be "cleansed", "saved", or "delivered" from black rage.

Christianity was a religious institution of governance forcefully imparted upon black people as a means to mentally indoctrinate the race to a point of assimilation. The origin and practice of Christianity in America has deep ties to racism, classism, and other prominent ideologies of oppression. Enslaved Africans were not expected to be smart enough, or capable enough, to take the bible and create their own sense of spirituality from it. Understanding the rich and complex history of religion in America, the concept of God and Christianity often get lost in translation.

"Nihilism is a natural consequence of a culture or civilization ruled and regulated by categories that mask manipulation, mastery and domination of people and nature." - Dr. Cornel West

As we witness more unsettling killings such as the recent shooting at an Oregon College, and more controversy surrounds religious leaders, it's imperative that we reach a collective understanding of God not classified by tradition, or limited by the parameters of religion. Though practicing a specific faith is a liberty that should not be compromised, we've reached a critical turning point in society. It's time to explore an expression of God that goes beyond institution, denomination or demographic. Regardless of religious preference, faith and belief are universal principles accessible to all people.

Racial equality begins with individual accountability. How would you describe your faith if church didn't exist? How would you define your sense of spirituality without the construct of religion? The issues actively eroding America are more internal than external. While we can justifiably point toward the atrocities and injustices that derive from corrupted systems, more emphasis should be placed on confronting unresolved internal conflicts.

Spirituality should be about embracing who you are, developing your own sense of belief, and walking boldly in the fullness of your potential. Instead of succumbing to the pressure of treading against or thriving for an idea of perfection that's forever out of reach, be empowered by the process of your spiritual evolution. Rather than teaching or interpreting biblical parables as literal guidelines, translate them as applicable lessons for building unrelenting hope, unwavering belief, and upstanding character.

Effectively eliminating issues of race and equality in this country requires unraveling pre-existing concepts of religion, faith and belief to have an honest dialogue about the spiritual wars going on in the country. When those transparent conversations take place, we may arrive at a common ground as to what truly connects us all, rather than what we believe separates us.