A network of pastors is speaking out against the so-called "war on drugs" and the devastating effect it has had, particularly on the black community.

At a conference called "View from the Pulpit: Faith Leaders and Drug Decriminalization," held at American Baptist College in Nashville, religious leaders focused on the moral injustice of the drug laws, rather than the morality of drugs themselves.

One conference attendee, the Rev. John Jackson from Trinity United Church of Christ in Gary, Indiana, spoke on camera (see video above via Bob Smietana of The Tennessean) about his beliefs on God and weed:

"I have had several people share with me privately, 'Reverend, I smoke weed and I know I shouldn't.' I say, 'Let me stop you right there. I don't believe the God we serve is that small or petty to be concerned about you smoking weed. I don't think God cares about that.' I let them know that our God is too big to be concerned about somebody smoking a joint."

The group of black pastors has a strange bedfellow in the televangelist Pat Robertson who indicated to his largely conservative audience last year that he also supported the decriminalization of drugs:

"I just think it's shocking how many of these young people wind up in prison and they get turned into hardcore criminals because they had a possession of a very small amount of controlled substance. The whole thing is crazy."

The conference was sponsored by The Samuel Dewitt Proctor Conference, American Baptist College and The Drug Policy Alliance.

PHOTO GALLERY
40th Anniversary of the Rockefeller Drug Laws: A Window of Opportunity For a Better Path

God Doesn't Care If You Smoke Weed; Pastors Focus On Decriminalizing Unjust Drug Laws
40th Anniversary of the Rockefeller Drug Laws: A Window of Opportunity For a Better Path 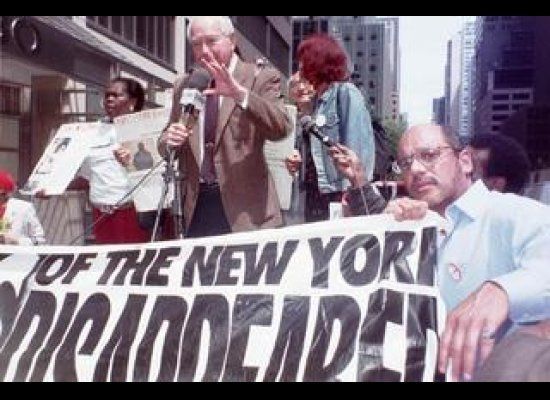