This is the sixth installment in a series that elevates the work of up-and-coming queer individuals working in the fashion world. Check back at HuffPost Gay Voices regularly to learn more about some of the designers of tomorrow and the way their work in fashion intersects with their queer identity.

David Siferd is a queer fashion designer currently based out of Ohio, having previously lived and worked in New York City. Sold under the street wear label GODDESS, Sieferd's designs are intended for a range of bodies and identities without limitation by an individual's sex or gender. The target customer for GODDESS is broad, with Siferd noting that he views fashion as "the perfect platform to help people understand the entire range of human expression and identity." Check out the interview below. 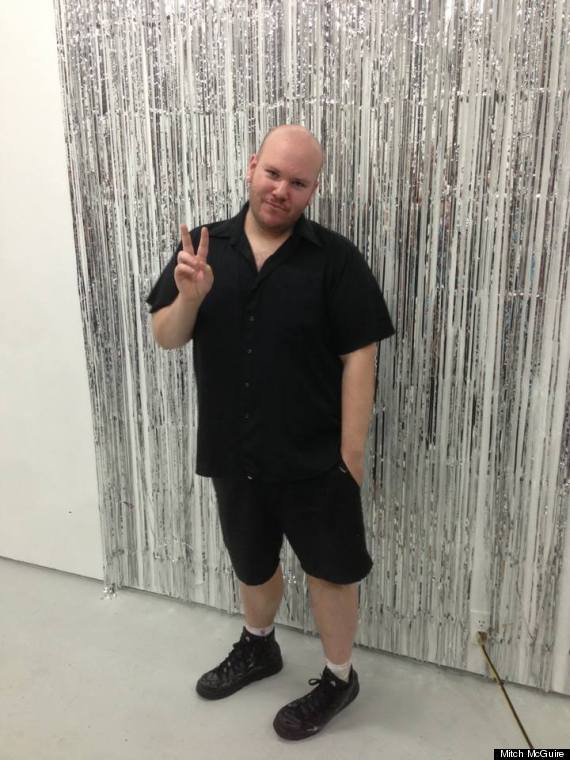 The Huffington Post: What has your journey as a queer artist and fashion designer entailed?
David Siferd: When I was in the third grade, I moved to a new school and told all the kids that I transferred from "fashion school" where I was kicked out for wearing plaid. As I grew older, I was always drawn to the world of fashion: enticing and glamorous and unlike anything I experienced in my small hometown in Ohio. Fashion seemed like a way for me to escape the pressures and anxieties of growing up. In middle school I became determined to be a fashion designer. Eventually I graduated high school and studied fashion design in college, launching my own label GODDESS after interning with Gerlan Jeans while finishing my degree.

Where have your designs appeared?
My designs for GODDESS have appeared in a number of media outlets, from BULLETT Media, LUTEFISK and GRAPE Magazine to Subjekt Magasin, Mask Magazine and The Cool Hour. My summer 2014 collection sold at the boutiques VFILES in New York and GR8 in Tokyo. Interestingly, several of my designs were used in an artwork by Bjarne Melgaard in 2013 as well. 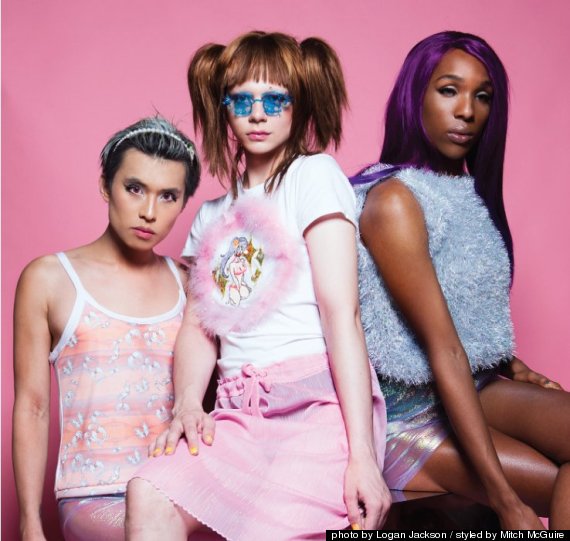 All items produced by GODDESS are unisex. Why do you consider this to be important?
Unisex is very important to me. I don't see clothing as only for a male or female-[identified individuals]. I think if someone likes something, they should be free to wear it regardless of their sex or gender. I think fashion is the perfect platform to help people understand the entire range of human expression and identity and, if I can help people be open to new things that way, I will feel I've made a positive impact. 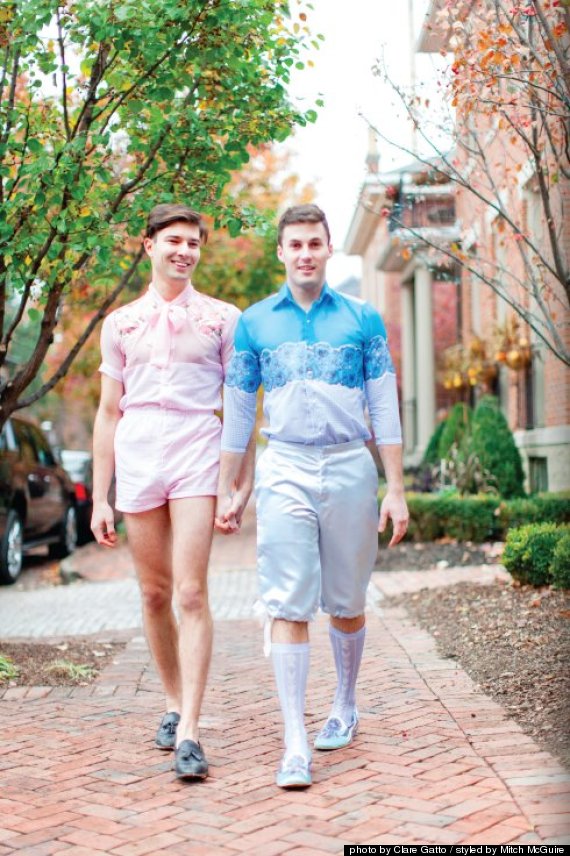 You explicitly target queer people with your designs. Why is it important to you to create clothing for the LGBT community?
When I design, I try not to think about whether the person who buys the product and wears it identifies as male or female or trans or anything else. I simply want to create interesting designs that anyone might be interested in wearing. Certain designers and brands have an incredibly narrow and specific target customer in mind, but what's more interesting to me is when people subvert the intentions of companies. Being appropriate is the most boring and innocuous thing, in my opinion, so playing with things like gender and class and trying to make people think about these things is very exciting to me. If my designs appeal to LGBT people, that's awesome, but it's just as interesting to me if I see someone I would never expect wearing my designs. 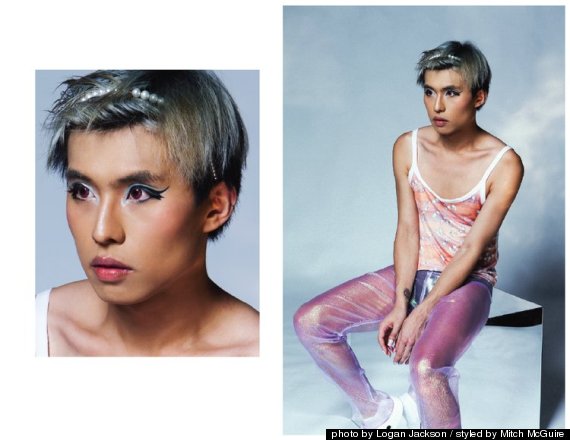 I think many people are starting to become aware of the huge range of personal expression and fashion designers, in particular, are very perceptive of the ideas of identity that people hold today. Fashion has been increasingly inclusive since its earliest days servicing a very small number of very rich women and if fashion runs on trends, it only makes sense that fashion will continue to expand its reach into the LGBT community.

Where do you draw inspiration for your work? What is your concept?
Each season has a different concept or inspiration behind it. I'm often inspired by certain people -- friends or unique people -- and then create a world for them to live in. One season the concept was of genderless, anime-esque angels, and another season was inspired by high-maintenance femme bros. Other times my inspirations are more abstract or simply guided by garment design. Taking a different approach at different times keeps my work fun and exciting to me.

What does it mean to you to be a queer designer? How does your queer identity intersect with your work?
Fashion has always gone hand in hand with being gay in my mind. Growing up, I somehow was aware that fashion attracted interesting, unique people, and I always imagined that becoming a fashion designer was kind of like joining the gay circus in a way. Even though I've matured and understand much more of the complexities of queer life and the fashion world, being queer is so much a part of me that it's impossible to divorce that fact from my work.

What's next for GODDESS? Where do you see the brand going?
2015 is a very exciting year for GODDESS! I can't reveal too much yet but I have a lot of interesting surprises coming soon and I'm really looking forward to working with more talented stylists, photographers and models to help realize my vision.

Want to see more from GODDESS? Head here to check out the designer's website. Missed the previous installments in this series? Check out the slideshow below.