In November of 2013, TIME Magazine released an international cover story called "The Thirteen Gods of Food," which profiled people who have played a meaningful role in "working the magical thinking and eating that reaches our dinner tables." Unfortunately, not a single female chef appeared on the list, and only a handful of "goddesses" (four out of 13, to be exact) were listed. Following the release of the issue, many prominent female restaurateurs weighed in on what holds women chefs back in the modern mediated world of cuisine and what needs to be done to change the way women in the food industry are viewed. 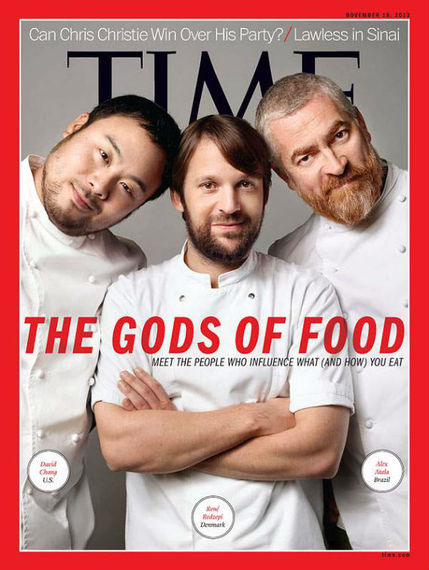 Photograph by Martin Schoeller for TIME

One of the women who spoke out on the issue was American chef, restaurateur, and activist Alice Waters. In a piece called "Women Chefs Talk About That TIME List," which ran just six days after the release of the original article, Waters spoke to the unique obstacles women face in the food world. According to Waters,"When you see women in the kitchen you think it's a domestic thing and when you see men you think it's a creative thing. That's what we need to change." 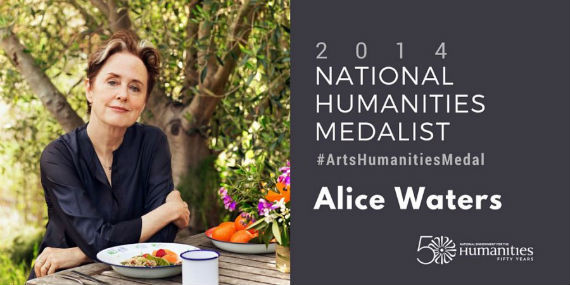 Photograph by Amanda Marsalis for The National Endowment for the Humanities

In September 2015, we saw three prime examples of this very change, and Alice Waters herself was among them. President Obama awarded Waters with the National Humanities Medal for her work to create a connection between "the ethical and the edible." Waters has long championed the holistic approach to eating and health by integrating gardening, cooking, and education, which has sparked inspiration for many, including First Lady Obama and her Let's Move campaign.

Another woman who has proven her culinary creativity is Lidia Bastianich. Bastianich became a more sacred chef than most by cooking for Pope Francis during his September 2015 stay in New York City. Shortly after, Bastianich dished about the divine experience with Leiti Hsu on Heritage Radio's Word of Mouth. When asked how she was chosen for this honor, Bastianich explained that through volunteer work, she met Nuncio Telestino, with whom she formed a relationship, and he saw that she cooked "from the heart." She also pointed out wryly, "Of course, my cooking skills had something to do with it." 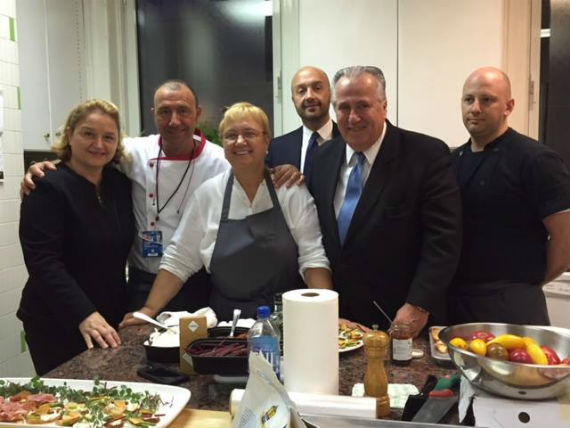 Anita Lo, head chef and owner of Annisa in Greenwich Village is also included in the list of chefs who have recently received honors that have established a change for women in the food industry. Back in 2014, Anita appeared on Heritage Radio Network's Radio Cherry Bombe and spoke about the role the female community plays in the restaurant world. Lo actually credits the TIME article for an increased sense of community among female chefs. "When 'The Gods of Food' came out - I mean I hate to even bring that up again - it really did bring people together because it was such a wake up call." 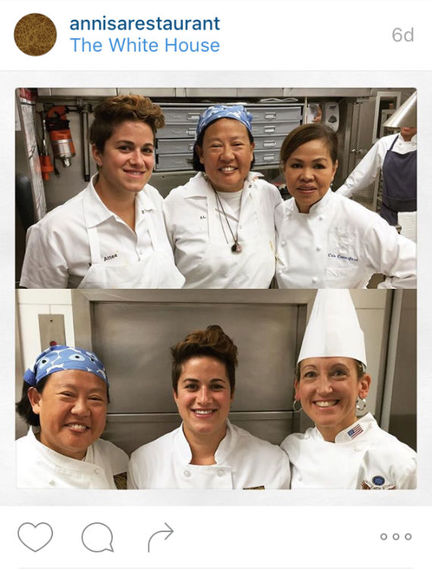 Lo is certainly doing her part to create community in the food industry that celebrates and encourages women. In fact, "annisa" means women in Arabic, and the wine list at the restaurant is made up of mostly wine made by women or from vineyards owned by women. Lo says, "It's always great to meet more women in the industry because it is a struggle, and you share that common bond." Her sous chef Mary Attea, who appeared alongside Lo in this episode, said, "there's a new generation coming up where I think many of the great women before us have paved the way." She credits women chefs like Lo for transforming sexism into less of an issue for her generation of chefs and restaurateurs. Perhaps in this case, Anita Lo is less of food industry goddess and more of a culinary thought leader for female chefs everywhere. Since this 2014 interview, Anita Lo continues to grace the culinary world with her incredible skills. On September 25, 2015, Lo served as the guest chef for the Chinese State Dinner, where she cooked for President Obama and President Xi. 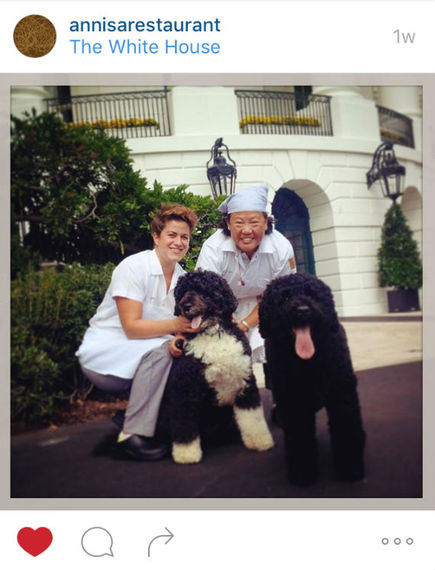 All three of these women have made incredible strides in asserting their work in the kitchen as art form instead of just a domestic task. And yet, it's hard to completely escape this traditional idea of women's cooking as domestic if most of the highest honors given out are opportunities to cook for men in positions of power, like the Pope or the President. How can we fully establish women in the kitchen as artist instead of just servants if men are always the ones being served? Perhaps this cannot be fully achieved until we change the power structures outside of the food industry. In the meantime though, women like Alice Waters, Lidia Bastianich, and Anita Lo have certainly used their celestial cooking skills to change the way women are viewed in the culinary world. We look forward to a new era, where women chefs are finally getting the credit they're due.

This article was originally published on heritageradionetwork.org