Godzilla is stateless no more.

The famous monster now has the papers to prove he is officially a resident of Japan, according to Japanese-language news site Shinjuku Keizai Shimbun.

Godzilla was appointed both a “special resident” and tourism ambassador for Tokyo’s Shinjuku ward back in April as a promotion for the district’s new Godzilla-themed hotel, Hotel Gracery Shinjuku. Guests at the hotel can opt to stay in what is called the “Godzilla View Room,” where they can look out at the head of a "life-size" Godzilla statue from bed.

On May 25, the Shinjuku ward office produced 3,000 copies of an official residency document for the big guy, to be handed out to fans on a first-come, first-come basis.

The document states that Godzilla was granted special residency for the purpose of "promoting the entertainment of and watching over the Kabuki-cho neighborhood and drawing visitors from around the globe in the form of the Godzilla head built atop the Shinjuku Toho Building," according to a translation by Rocket News 24.

The Immigration Bureau of Japan states that those who have been sentenced to fines or imprisonment are not able to become permanent residents of Japan. Luckily for Godzilla, despite being caught on film on numerous occasions doing billions of dollars worth of property damage, he has never faced any time behind bars.

Godzilla Is Now Officially A Resident Of Japan
Godzilla Hotel 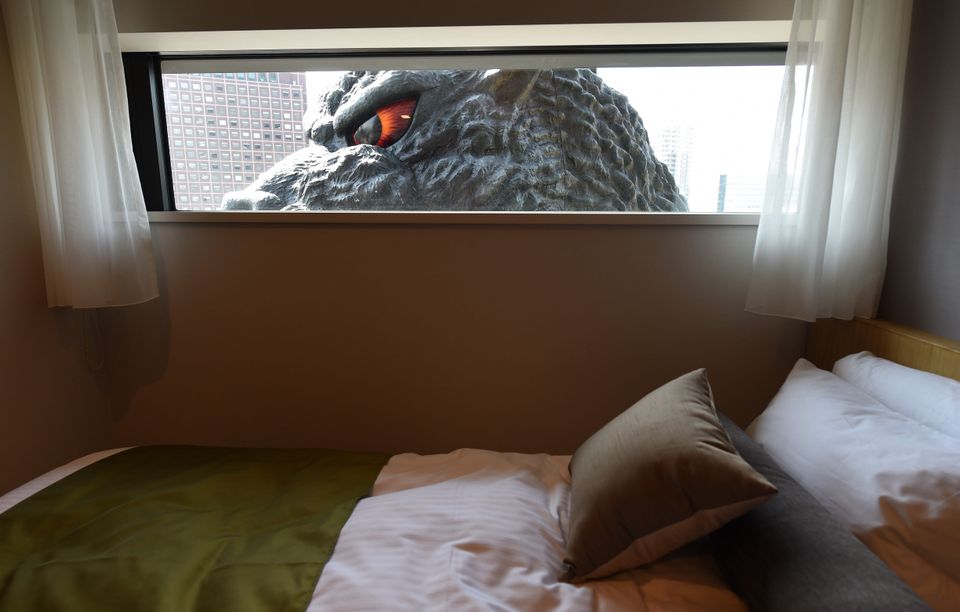 1 / 11
A life-size Godzilla head is seen through a window of the 'Gozilla View Room' of Hotel Gracery Shinjuku at Kabukicho shopping district in Tokyo on April 9, 2015. The Godzilla is a main feature of the new commercial complex comprising a 970-room hotel, movie theathres and restaurants which will be open this month. AFP PHOTO / Toru YAMANAKA (Photo credit should read TORU YAMANAKA/AFP/Getty Images)
TORU YAMANAKA via Getty Images