Chris Heivly co-founded MapQuest (which sold to AOL for $1.2 billion), was sole managing director of 77 Capital (a $25 million venture fund), and has been an executive at five software companies. Currently, he is one of two managing directors of The Startup Factory, a seed investment fund making 10 to 14 new investments per year. A national writer and speaker about startups and startup communities, Heivly is also the author of "Build the Fort" and founder of the Big Top Reverse Job Fair. 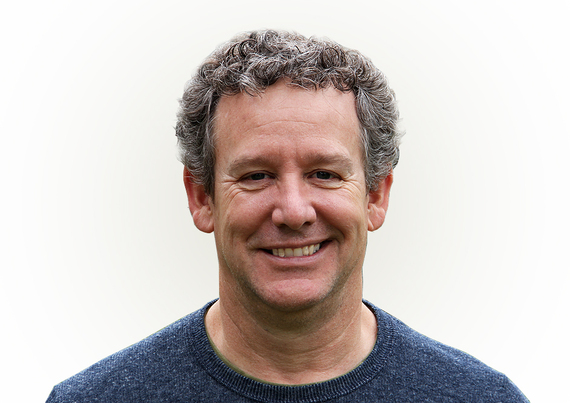 Q: In "Build the Fort," you urge entrepreneurs to think more like 10-year-olds. Why did you organize your book around the way your 10-year-old self approached the challenge of building something new?

Chris: Adults seem to make things so complex. The natural thing we do is create this vision for the company that's three to five years out, when we've gotten sales, marketing, customer support and product or manufacturing up and running. We fall in love with this idea of, "I'm the captain and I'll make all the pieces run perfectly." But startups aren't smaller versions of big companies. They're totally different. When 10-year-olds want to build something, they bring a very simple view of the world to it. It starts with something as simple as a question, "Hey, Chris, you wanna go build a fort?" And then they think about how to hack that thing. They don't build a house, they don't design the shutters - they just build a fort.

Chris: Entrepreneurship means freedom. It's like grabbing a blank sheet of paper and having the excitement, creativity and freedom to fill out that blank sheet and say, "I'm going to give THIS a shot." Successful entrepreneurs are the people who totally jones on that kind of thing. Some people see a blank sheet and their hearts race out of control to a point of paralysis. The best entrepreneurs create positive energy out of that fear. They embrace every aspect of that blank piece of paper. Entrepreneurship to me is the opportunity to fill in the blanks.

Chris: Take more chances. I don't think I really became a good entrepreneur until my mid to late 40s. I wish I would have channeled my fear and made stronger leaps earlier. Starting a company was not an option or even on my radar for me coming out of college. I would love to do my 20s over again and be that much better today.

Chris: I'm most proud of writing "Build the Fort." You're talking to someone who struggled with writing in high school and failed freshman English in college. I am the person who was told he couldn't write. Imagine the fear of going to write a book when all these people say I suck. Obviously, I've learned how to write since then, but it still took me nine months, writing four or five days every week while juggling a day job, and found two weeks off work to write full time - and all that time I was dealing with the little voice that said, "you suck." And after all that, I have a book that works. I'm proud of that. The metaphor is simple and the messages are very consumable, and everyone gets it. It makes me proud when people come up to me and say, "I built forts, too." That simple sentence shows that I connected with them.

Chris: About 10 years ago, we moved to Raleigh-Durham, and I was running a virtual company out of my house. A few years later, I was reading about Y Combinator and TechStars, and I wondered if my new home could support an accelerator. In 2009, I decided to get out and network the idea. The old guard didn't want to hear it; they doubted there were enough entrepreneurs in the area to even make it work, and were leery of this new guy in town. So I held an event for entrepreneurs only, offered free pizza and beer, and waited to see who'd show up. At the first one, we had 80 people interested in talking about entrepreneurship. A few weeks later at the next one, 120 people showed up. And The Startup Factory grew from there.

Q: If you were to give advice to your 22-year-old self, what would it be?

Chris: Leap. It's not that scary. You'll survive. Even in failure you'll land on your feet.

Follow Chris Heivly at @chrisheivly, check out the other interviews in Going Against the Flow series at http://www.huffingtonpost.com/charu-sharma/ and join this movement to empower 1 million female entrepreneurs on goagainsttheflow.com.