Danae Ringelmann co-founded Indiegogo in 2007 with a mission to democratize fundraising and has since helped to propel the company into the world's largest crowdfunding platform. Today, Danae leads Indiegogo's industry development efforts, while steering the company's employee culture and values initiatives.

Danae was listed as one of Fortune Magazine's 40 under 40, as well as SF Business Times' 40 under 40 in 2014. ELLE Magazine named Danae to its Woman in Tech Power List in 2014; Fast Company included her in its Top 50 Women Innovators in Technology in 2011.

Prior to Indiegogo, Danae was a Securities Analyst at Cowen & Co. Danae is a CFA charterholder and holds an MBA from the Haas School of Business at UC Berkeley. Danae graduated with a B.A. in Humanities from UNC-Chapel Hill, where she was a Morehead Scholar and varsity rower. 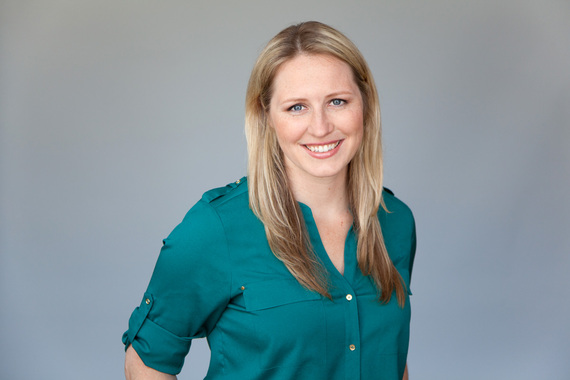 DR: Entrepreneurship is simply taking an idea and turning it into reality. It requires a clear vision for what's possible, a strong "why" or "reason for being" to warrant that vision, and a robust resilience to guide you through the many forms of resistance (e.g. rejection, ridicule, self-doubt) until you realize that vision. A great entrepreneur is someone who keeps saying 'yes' to what's possible, when the world is saying 'no' to the unknown.

DR: I'm most proud of quitting finance to start a company to change finance and the world. That step lead me to my co-founders, where together we launched Indiegogo - a company that in its creation launched the industry of crowdfunding too.

We started Indiegogo to democratize access to capital as we saw brilliant ideas going unborn every day, not for lack of heart, hussle or an audience, but rather for lack of efficient access to capital and its respective allocators. To change this, we created an open platform that empowers all people to raise money and anyone to fund. We all allocate together, instead.

Just in the last two years, Indiegogo has grown by over 1,000%, and we're currently distributing millions of dollars every week to artists, non-profits and entrepreneurs across the world. While we've disrupted finance in changing the mechanics of funding, we've also strengthened the industry of finance by improving the jobs of traditional capital allocators (e.g. investors and financiers). One example of this is Venture investors increasingly looking to Indiegogo as an incubation platform - a way to discover and test investment opportunities, reduce their risk, and focus on what they do best: helping build and grow great companies.

Further, Indiegogo's social impact is woven into our business model. The more successful we are as a business, the more ideas and opportunities we help bring to life. No trade-off.

When our campaigns themselves are changing the world for the better, we become a catalyst for good of catalysts for good. Two of my favorite examples are the Kite Patch and Miss Possible. The former is a mosquito fighting technology designed to block mosquitoes' ability to spread disease that raised over raised over $500,000 on Indiegogo and is currently utilized to help regions suffering from malaria. Miss Possible is a new venture started by two young female entrepreneurs who are passionate about getting young girls excited about STEM by making dolls modeled after famous women scientists, mathematicians and engineers. They used Indiegogo to raise over $60,000 to launch their first doll modeled after Marie Curie, and gather feedback from their funders on future dolls. Will it be Ada Lovelace? Bessie Coleman? We'll see!

DR: Every failed, successful, hard, easy, meaningful and meaningless moment in my life has lead to where I am today. I wouldn't do anything over, as the non-linear yet incredibly full path I've ventured down so far has lead me to a place where I'm helping drive a movement that will result in everyone in the world having an equal opportunity in bringing their dreams to life. I would never want to jeopardize that future with a do-over:)

DR: After we launched Indiegogo in January of 2008 we were rejected by 92 Venture investors before we raised our first round of traditional investment capital in March 2011. However, with each rejection brought more motivation to make Indiegogo work, as the whole purpose of Indiegogo was to remove gatekeepers from the financing equation and distribute the decision-making power of what ideas should thrive and which shouldn't to the people. I like to say if Indiegogo had been around when Indiegogo needed to raise money to launch, we might've gotten a bit of a faster start ☺

We eventually connected with a few investors who shared our vision and believed in the change that needed to happen. The rest is history.

Q: If you were to give advice to your 22 old self, what would it be?

DR: Focus the early years of your career on discovering what you're good at and what you love. Look at every early job as an experiment, or one big A/B test on yourself and your life. Assess a role based on how it amplifies your strengths and your loves. If it doesn't, try something new and re-assess again. Quitting a role that doesn't resonate is not a failure; it's a success in learning what you shouldn't be doing with your life. Keep trying new opportunities paying attention to what parts of the work align with your strengths and loves, and which parts don't. Over time you'll iterate your way to a career where you come alive every day. It won't feel like work.

Follow Danae Ringelmann at @gogoDanae, and check out the other interviews in Going Against the Flow series at http://www.huffingtonpost.com/charu-sharma/ or thestartupsutra.com.