Gina Bianchini is the founder and CEO of Mightybell, a software platform and strategic partner for enterprises and individuals to create specialized professional networks for their target markets. In less than eight months, tens of thousands of organizations have begun to build professional networks on Mightybell focused on learning faster and making better decisions with peers, including Intuit, The Bill and Melinda Gates Foundation, American Express and LeanIn.org.

Before Mightybell, Bianchini and Marc Andreessen co-founded Ning, the largest social platform for communities of interests online. Bianchiniserves on the board of directors of Scripps Networks Interactive (NYSE: SNI), which owns HGTV, The Food Network, The Travel Channel, The Cooking Channel, The DIY Network, and Great American Country.

Gina has been featured as one of NPR's "5 Nerds to Watch in 2013," Marie Claire's "New Guard," Fortune Magazine's "40 under 40," Huffington Post's 10 technology "Ultimate Game Changers," and 7x7 Magazine's "Hot 20" list. Gina and Mightybell have been featured in Fast Company, Bloomberg BusinessWeek, The New York Times and The Wall Street Journal. She has also appeared on Charlie Rose, CNBC, and CNN. She was raised in Cupertino, California, graduated with honors from Stanford University and received her M.B.A from Stanford Business School. 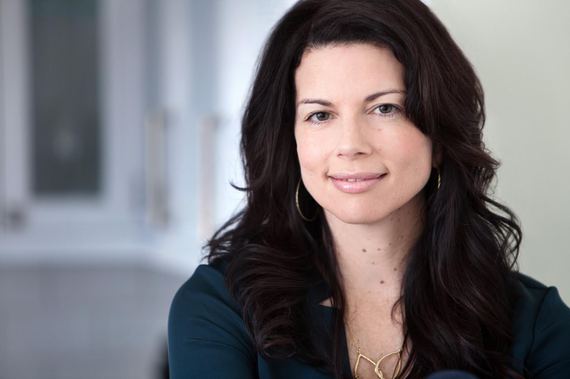 GB: Entrepreneurship is creating something from nothing. Taking this path is not rational. Sane people don't tend to do this.

To be a successful entrepreneur, basic intelligence is great but grit, determination and an unrelenting passion for what you're building is critical. I think doing this would be impossible without a mission and desire to influence how the future will play out. Unrelenting optimism and a basic belief in the good in people don't hurt either.

GB: I am proud of the fact that products I've built have brought people together around the world, and had a positive impact on their lives. It's a rush, especially at a scale when you're reaching millions of people.

There isn't a lot that I would do differently to get to where I am today. If anything, I'd probably like to have changed a few outfits I wore in college. In hindsight, those orange shorts were neither cool or flattering.

GB: I have stared into the abyss of failure far too many times to count. If I have a superpower, it is that I will still get up the next day and keep driving towards a future I passionately believe should exist. It's difficult to point out a specific instance, but I have found that to build a successful product, you can't be afraid to adjust course and iterate on your product when your market is telling you what it wants.

Q: What do you see as the next generation of social networking?

GB: I believe everyone will belong to specialized professional networks of peers. Whether someone is self-employed, a small business owner, teacher, computer science student, internal medicine doctor or maker, each professional will have the opportunity to immediately connect to a vast and thriving network of others like them with a click from their phone's home screen. Connected quickly and seamlessly for the first time, everyone will have access to peers from whom they can learn faster and make better decisions, especially around topics that don't have easy and obvious answers.

GB: Never shy away from feedback. It's the greatest gift anyone can give you, especially critical feedback. Seek it out, embrace it and then do something about it. It's the only way to win.

Follow Gina Bianchini at @GinaB, and check out the other interviews in Going Against the Flow series at http://www.huffingtonpost.com/charu-sharma/ or thestartupsutra.com.