Jessica O. Matthews, Founder and CEO of Uncharted Play, leads the creative vision and operations of the brand. Matthews was included on the annual Forbes 30 Under 30 list in 2014, was named "Innovator of the Year" by Black Enterprise in 2013, was selected as "Scientist of the Year" by the Harvard Foundation in 2012 and was honored as one of Fortune's "10 Most Powerful Women Entrepreneurs" in 2011.

Jessica's career as an inventor and entrepreneur began at the age of 19, when she invented the SOCCKET ball, an energy generating soccer ball that provides off-grid power for the developing world. At the age of 22, she became the Co-Founder & Chief Executive Officer of Uncharted Play, Inc., where she currently drives the creative vision of an award-winning social enterprise with a mission to disarm social ills by inspiring people to lead playful lives. Expanding her reach to global infrastructural projects, at the age of 26, Jessica became a co-Founder and Executive Director for KDDC, a 30 megawatt hydropower dam in Nigeria -- one of the first to be privatized in the country.

Working with governments in the U.S. and internationally, Jessica was invited by President Barack Obama to the White House to represent small companies for the signing of the America Invents Act in 2012, and currently serves as an Ambassador of Entrepreneurship for Nigeria. Jessica has a degree in Psychology and Economics from Harvard University, and an MBA from Harvard Business School. 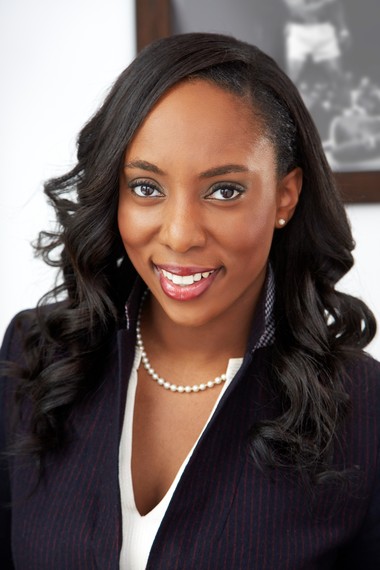 Jessica: ​In my opinion, entrepreneurship ​is the act of turning an idea into an actual innovation. It's equal parts tenacity, operational execution, and vision, and it's at the core of what it takes to bridge the gap between today and tomorrow.


Q: What are you most proud of in your professional career? If you could do something over in your life, what would it be?

Jessica: ​It's exciting to know that you've built a team that believes in your vision and trusts in your ability to make it a reality. I'm most proud when I'm with my team and I can see that they are ready for the ride, wherever we are going. In terms of do-overs, I honestly don't believe in them. Every experience, good or bad, has made me who I am today. I've also learned more from my mistakes than I could ever learn from a textbook or article. It's all about perspective.

Jessica: ​I've spent my entire professional career going against the flow. ​ ​When most of my classmates at Harvard College were practicing the case me​thod to get consulting jobs, I was on craigslist looking for small start ups to join. I left my first job out of school after 9 months to start Uncharted Play because I decided that whatever else I had left to learn, it was better to learn by doing while I was still young enough to bounce back. Instead of shutting down the business or uprooting my employees when I went to business school, I commuted 10 hours a week between NYC and Boston for two years. This is all in addition to the general nature of being a black woman in tech--hardware tech, in particular, which can sometimes feel like I'm running through brick walls to say the least of "against the flow."

Q: ​Your company "plays" in energy in a very unique way. What do you envision the future of the industry to be?

Jessica: ​I love Uncharted play's approach to the energy industry because it showcases our unique ability to meld a high IQ with a high EQ when it comes to developing technology that is both impactful and meaningful. Ultimately, our current play and sports products are the proof of concept--the adoption vessel or "trojan horse"--that introduces the idea of harnessing energy from the motion all around us. Our proprietary technology, M.O.R.E. (motion-based, off-grid renewable energy), comes in four different energy-harvesting methods and can be inserted into almost anything in motion ​to provide renewable, sustainable power. Right now, this power can be used for small appliances and smart devices, but in the near future, I envision a world entirely powered through motion. Quite frankly, a world in motion should be powered by motion, and when you combine our technology with wireless transmission and new super-batteries, charging will be constant and sustainable, making the idea of a dead cellphone a thing of the past.
​​​​
Q: LinkedIn style - If you were to give advice to your 22 year old self, what would it be?

Jessica: Things never work out the way you think they will. Hope for the best, expect the worst, and never forget who you are in the mix of it all.

Follow Jessica O. Matthews at @Jess_O_Matt, and check out the other interviews in Going Against the Flow series at http://www.huffingtonpost.com/charu-sharma/.