Michelle Zatlyn is Cofounder and Head of User Experience at CloudFlare, a web performance and security company that provides online services to protect and accelerate websites online. This startup was inspired in 2009 on the campus of Harvard Business School where Michelle met her cofounders Matthew Prince and Lee Holloway. They launched CloudFlare in San Francisco at TechCrunch Disrupt on September 27, 2010. With $72 million in funding and a quickly growing team and clientbase, CloudFlare has since grown to be the simplest way to make websites faster, safer and smarter. Michelle has an undergraduate degree in Chemistry from McGill University and an MBA from Harvard Business School. She has previously worked at Google and Toshiba, and in her free time, she enjoys yoga and crossword puzzles. 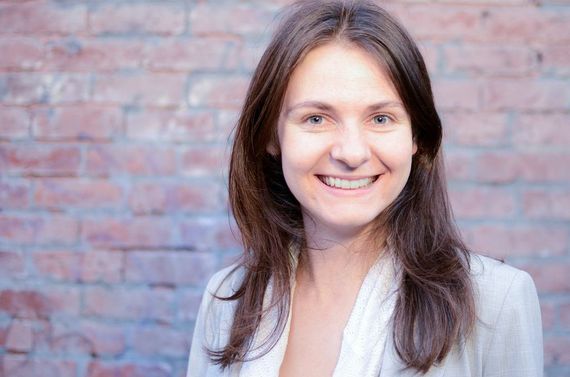 MZ: To me, entrepreneurship means taking risks and making sacrifices to build something you're passionate about. Successful entrepreneurs need to be passionate about what they are working on. Starting a business is hard and involves more than just yourself--partners, investors, customers and your team are all depending on you. It takes sacrifice and perseverance. Without a true passion for what you're doing, it will be hard to bring your idea to its full potential.

MZ: My proudest accomplishment has been taking CloudFlare from an idea on the back of napkin to a company that is building a better Internet for millions of people around the world. It has been an incredible ride and while there have been some hiccups, it has been a privilege getting to work with all the people that I have met along the way. Part of the thrill, and part of our success, was taking on opportunities as they presented themselves. Big opportunities don't come that often, so if the opportunity is right, I always say you should just go for it. You can never be fully prepared to start a business, so there's no reason why I'd want to do it over.

MZ: Early on, some people told us that CloudFlare would never work as a company. When that happens you can either believe them and figure out what to do next, or you can stick your neck out and prove them wrong. Entrepreneurs are always getting advice from others, but its your job to know when to trust your gut and work hard to make your goal a reality.

Q: What do you want CloudFlare to accomplish in the next five years?

MZ: We just celebrated CloudFlare's fourth birthday, and while we've already accomplished a lot, we have big and exciting goals for the next five years ahead. We want to create a web where any web property is as fast as google.com, and where nobody has to be afraid of hackers or being knocked offline by someone because of denial of service attacks. We're working to make it one click simple to add any third party service to your online business. Most importantly, we're working to build a world-class company where the best ideas win and where the best people in the world want to work.

Q: LinkedIn style - If you were to give advice to your 22 old self, what would it be?

MZ: When I was in my early twenties I was envious of those that had a "clear path," whether they were on their way to be doctors or already on the path to their dream careers. I now realize that some of the happiest, most successful people I know didn't have it all figured out early on. I would tell myself that sometimes a windy career path is an asset, not a liability. My windy path has give me perspective about the power of curiosity, dealing with challenges and adapting to changes. I've also learned from everyone I've met along the way.

Follow Michelle Zatlyn on twitter at @zatlyn, and check out the other interviews in Going Against the Flow series at http://www.huffingtonpost.com/charu-sharma/ or thestartupsutra.com.