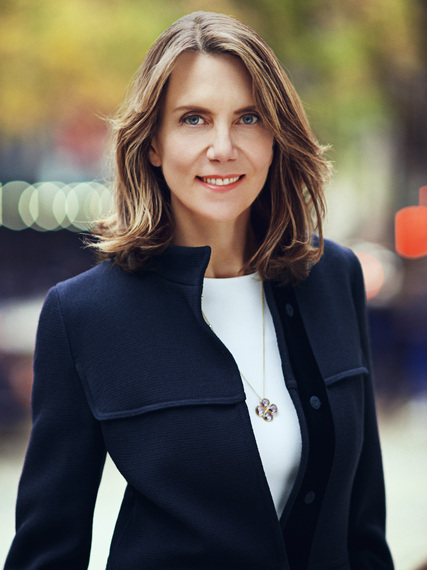 Catie Marron is a trifecta of style, brains and influence. For openers, she is the woman who spearheaded the campaign to raise $800 million for what is arguably New York City's greatest cultural institution -- the New York Public Library. She is also the new chair of the Friends of the High Line. And as if that weren't enough, she has now expressed her love for green spaces and parks in a new book, City Parks: Public Places, Private Thoughts, an anthology of essays by a dream cast of writers about their favorite public parks accompanied by masterful photos by Oberto Gili. 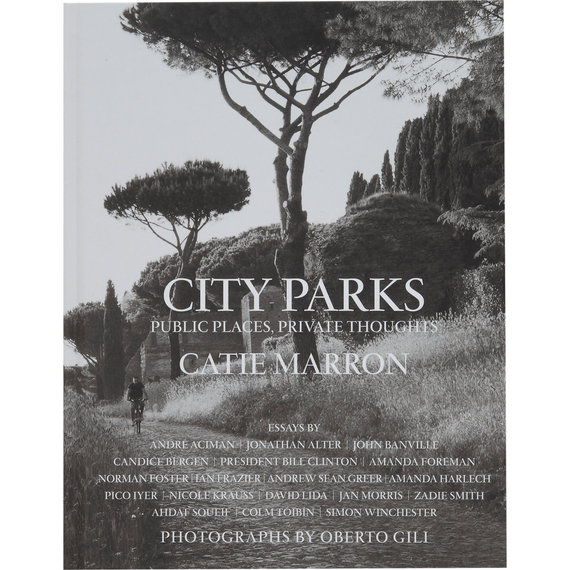 Catie Marron and I talked over dinner about our favorite green spaces too, comparing notes with essays from the likes of President Bill Clinton, authors Colm Tóibín and Ahdaf Soueif, and actress Candice Bergen.

As every park has its own distinct characteristics, so do the voices of the essays, bringing to life the green spaces. The New York Times says, "they're an eloquent reminder of the way shared landscapes can provide intimate inspiration." The beautifully curated book is Tory Burch's pick of the week and can be found in the collection at Barney's. Asked to pick favorites from among the essays -- no easy task -- Marron cites Zadie Smith's, John Banville's "melancholy but beautiful piece," Jonathan Alter's, Andrew Sean Greer's -- "all very personal," says Marron, while "Candy Bergen's is fun and delightful." 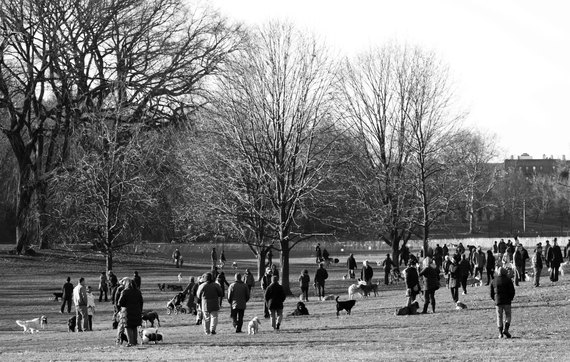 Here are highlights from our interview:

What was your first job and what lessons did you learn?

My first job was in the two-year corporate analyst program at Morgan Stanley. I feel like it was more like graduate school. It gave me great training, specifically for the importance of accuracy, in numbers and in grammar. The company's motto was "First class business in a first class way." Each spreadsheet had to be checked by two associates and then triple-checked by a managing director. It wasn't until my next job in investment banking when I realized the business was about making money!

You've raised a lot of money for the New York Public Library and now you're chair of the Friends of the High Line. How do you get others to rally around your vision?

When I did another interview about my book, I mentioned something that a wonderful man, Andrew Heiskell, whom I consider a guardian angel, told me. "You don't go out and ask people for money. Instead you create a place where they want to be involved." I have always operated with that principle in mind. It was fascinating to me that this struck a chord with many people. I've heard from a number of people, even to this day, who remembered that.

I realized that I love parks when I was in my 30s after having sought them out in cities wherever we traveled. A lovely surprise happened when Oberto Gili (the book's photographer) came back from Rome with photos of the Borghese Gardens. He also had, mixed in with them, photos of a small orange garden on the Aventine Hill, just a couple of blocks from where I spent a college semester. When I saw the first photo, I immediately identified it. I'd go there by myself at least once a week. That told me how much further back my love for parks went than I'd even realized. 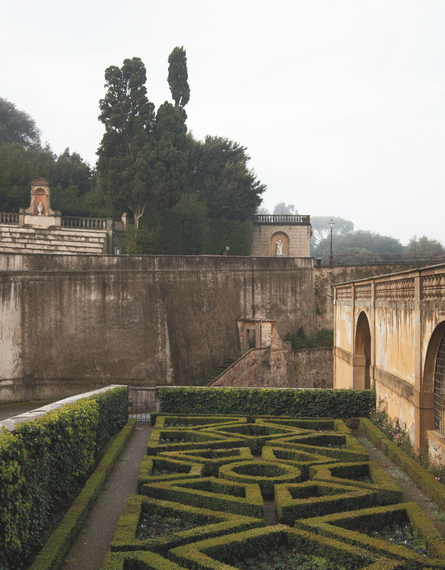 I live downtown New York and I always wonder why the "greatest city in the world" has such minimal green space. Would love your thoughts on that.>

I read a study this morning(!) which said NYC comes in 24th out of 50 metropolises in fitness and that NYC could use more parks and playgrounds. Mayor Bloomberg made it a priority to add more parks, and I sense Mayor de Blasio is also focused on this.

There are so many examples of great parks to learn from, but how important is creative and innovative design thinking to building new parks and green spaces?

I think the overwhelmingly enthusiastic response to the High Line is a great example of the value of creative thinking in designing public spaces. So many cities in the world now want to create their own High Lines and are thinking about abandoned spaces in a new way. This kind of innovative thinking is necessary as there is less and less open space available for use.

What are the top three things every park should have?

To me, among the absolute necessities for parks are green, living things -- both grass and trees, and hopefully flowers -- a place to sit, and a sense of space.