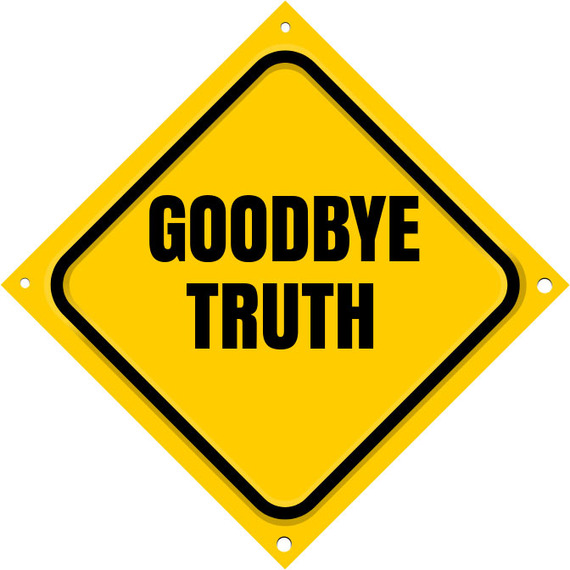 The English language is always in flux; new expressions and words are added throughout history. The Oxford English Dictionary recently unveiled 500 new words illustrating how the language has changed over the last century. And innovation introduces terms for things that previously didn't exist like fax, e-mail, and sexting.

Sometimes a single event is so extraordinary that only a new term can describe it. That's what happened in 1986 when a postal worker killed 14 co-workers in a gruesome rampage that shocked the nation. The term "going postal" soon became a common expression for "losing it." Now it's applied to many different explosive behaviors such as road rage, domestic violence, an employee going on a social media rant against other workers and customers, and a celebrity meltdown on a film set.

The 2016 presidential election demands a new term for lying. It's no surprise that politicians lie. In fact, the word politician has pretty much become a synonym for liar. But in this presidential campaign and its aftermath, Donald Trump has told an unprecedented amount of lies.Worse than the volume of Trump's lies, writes Paul Waldman in the The American Prospect, was that despite being corrected "in many cases he went on telling a lie long after it had been debunked."

The term lying doesn't capture what we have witnessed in his performances during the presidential campaign and continue to witness, even before he takes office.

One dramatic example is Trump's boast that he won the presidency by a landslide, when Hillary Clinton won the popular vote by 2.5. million votes---a number greater than the populations of 91 countries of the 233 listed by the United Nations.

Since his election Trump has already broken at least 15 promises that were key to his winning the presidency. One of his most repeated promises that his supporters enthusiastically applauded was to drain the swamp in Washington. Instead, he is not only keeping Washington swampy he is filling it with alligators.

Thus, the new term for lying that is so extreme and widespread that nothing the person says can ever be trusted: Going Trump!!

Going Trump can be dangerous. It may not directly incite violence but it can kill democracy and the constitution.

Bernard Starr, PhD, is Professor Emeritus at the City University of New York (Brooklyn College) where he directed a graduate program in gerontology and taught developmental psychology in the School of Education. His latest book (expanded edition) is "Jesus, Jews, and Anti-Semitism in Art: How Renaissance Art Erased Jesus' Jewish Identity and How Today's Artists Are Restoring It."