It turns out that every Apple rumor that glitters isn't gold.

Many Apple fans were disappointed when the company announced on Tuesday that its new iPads would come in black and white -- but not gold. Following the popularity of the new gold iPhone 5S, the rumor mill was buzzing with the possibility of a lustrous line of Apple tablets.

But that dream didn't come true:

Honestly, kind of shocked that they're not releasing a gold iPad Air

She didn't, despite the fact that supposed pictures of the gold iPad surfaced online ahead of the October event. Not to mention, the absence of a gold iPad represents a rare miss for Apple prophet Sonny Dickson. He predicted in September that there would be a gold-colored iPad Mini:

And Yes iPad Mini 2 will come in Space Gray, Gold and Silver.

Still, not everyone is so ticked off about it:

you know why there's no gold ipad? because gold is horrible and should not exist

But those who do love gold still have two pretty solid options. They can buy this custom gold plated iPad from Boss Luxury for around $2,500: 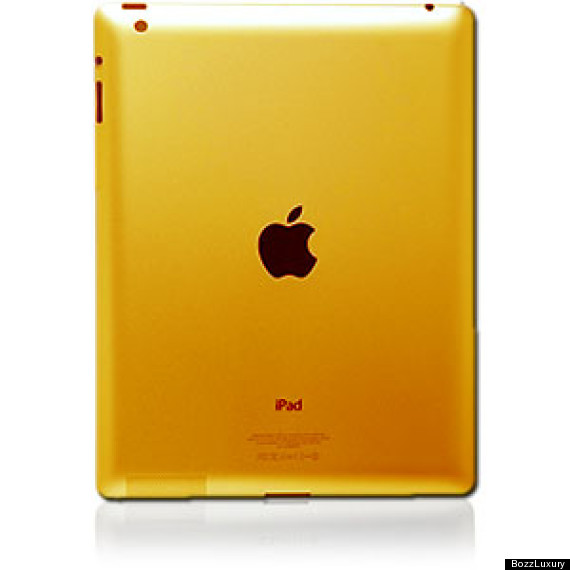 Or, there's the do-it-yourself route:

WHO WANTS A GOLD IPAD? pic.twitter.com/sKZE1BrHTJ