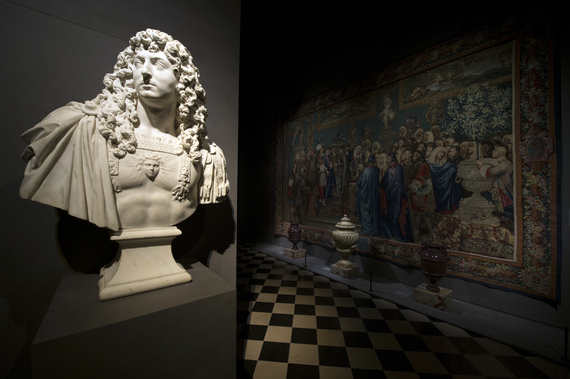 What to do with Versailles?

Arguably this great gilded temple to the unforgiveable excess of French royalty out-glitters all its ancien regime competitors. Tapestries. Marbles. Porphyrie. Filigreed furniture. Jewels. Crystal. Parquet meant only for the softest of slippers. If you don't feel some grain of revolutionary impulse while traipsing through the place, then you must have no soul. But what to do if you're in charge of all that imperial loot, vast quantities of which seldom if ever exit darkened warehouses?

How about shipping out truckloads of the treasure to the hinterlands so sundry locals and weary tourists can get a taste without paying upwards of $80 for the whole package. That is what Versaille's chief curator, Beatrix Saule, and her team elected to do by establishing a revolving show of the palace's 100 masterworks distributed as temporary shows beyond the boundaries of Versailles, notably at the Fine Arts Museum in Arras an hour north of Paris. Not only does the exposition at Arras offer a selection of pieces that is easily digestible in an afternoon; it has few waiting lines or traffic jams to get there--and much of what's on display is never shown in the gilded palace. 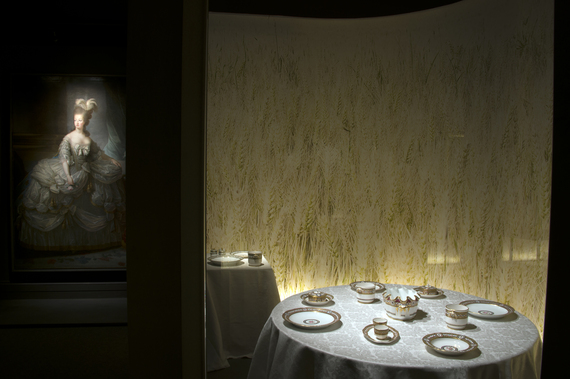 Of the 100 pieces in the Arras exposition, the range is vast--from Marie Antoinette's soup plates to Apollo in suggestive repose surrounded by pretty nymphs to the august Louis IV visiting the Gobelins tapestry workshop to a very seldom seen collection of Chinese bronze boxes. How we look at these pieces today is, presumably, not at all how the contemporaries of the French court, or their lieges, did. 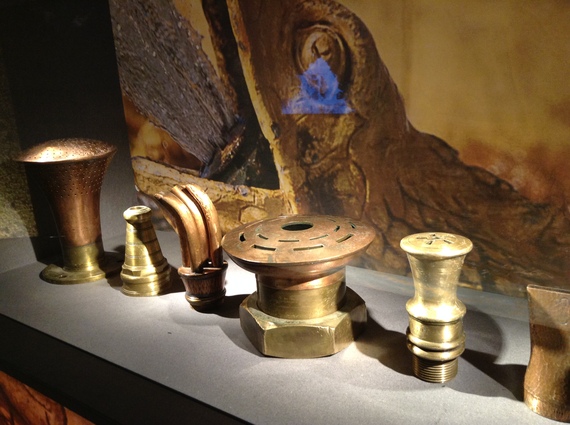 Is it possible to examine the gold painted soup plates used by Marie Antoinette without reflecting on the portrait of the young Austrian queen, her long pale neck soon to be severed and burbling blood beneath the Revolutionary guillotine? And what to make of Louis XIV's perfect square pectorals (did he press iron all day?) with just a hint of royal nipple beneath his curls? How ought we imagine the bishops' judgment of those comely nymphs caressing the nude Apollo? In smaller venues like the Arras museum, absent the maddening crowds of Versailles, there is time to gaze and reflect. 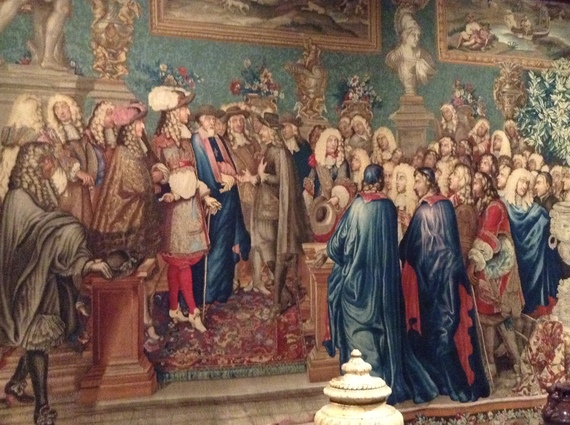 As museum strategy, the notion of shuffling out warehouse treasures--the Louvre treasures at Lens in the northeast, the Pompidou modern collections in the East as two famous examples--aims to broaden the national support for France's culture industry. As fiscal restraint cuts budgets and populist resentment mounts against the Parisian elite, redistributing art treasures is undoubtedly politically savvy, but as Mme Saule argues in her presentation, it subtly offers the public an opportunity to ponder the frequent contradictions and alliances between hierarchic power and artistic excellence in a way that fourth rate glitter from Johnny Jump-ups like Jeff Koons never can.

As grand as the Versailles collection is, Arras, a town little known to outsiders, itself offers a breath of relief from the French excess though not without another odor of power and death. Those few Americans who remember anything about the bloodbath of World War I, will recall that Arras was all but destroyed by German bombardment in 1917 and 18. Most of the ruined town has been restored in exquisite detail, and what it reminds the visitor is how fluid the borders of the old empires were. A key site of iron ore mining and the wool trade for the French since the Middle Ages, Arras came under Flemish/Spanish control in the 16th century. 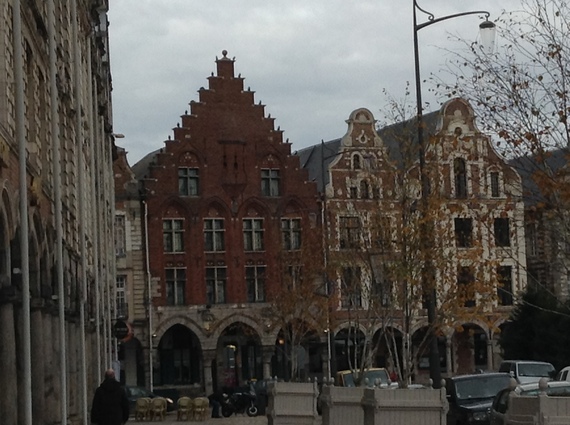 The buildings of central Arras are as Dutch as anything in Amsterdam or Utrecht; during that period it divided its identity between Flemish design and French Catholicism--eventually spawning the French lawyer Maximilien de Robespierre, who both helped launch the French Revolution and was subsequently the principal author of the Terror that followed it. The signs and symbols of death and revenge are everywhere just beneath a surface of elegance and grandeur. 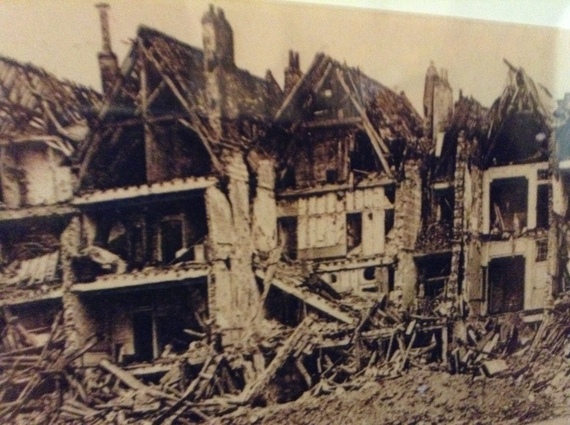 The package of the two--Arras and Versailles--makes an intense voyage into the elegance and the horror that saw the withering of royal empires succeeded by mechanistic modernism.