After a week of parties, secondary trophies and glad handing, the 2012 Golden Globe Awards is just hours away.

One of Hollywood's biggest nights -- and certainly one of its wettest -- the Hollywood Foreign Press Association's annual awards bash is sure to be memorable. For the most part, the categories in both TV and film are wide open, with a number of different performers, shows and pictures conceivably having the right to lay claim to front runner status.

The show itself will be hosted by Ricky Gervais for the third straight year; he's promising to go even further than the all-out assault on the celebrity elite he carried out last year. This time, they can't say he didn't warn them.

So, ahead of the big night, let's address some of the different questions, category rivalries, story lines and potential headlines that you'll be talking about both as you watch the show and, hopefully, for years to come. Read our ongoing live blog below, and below that, check out all the pressing questions we know you're asking.

Who will win Best Actor in a Motion Picture Drama?
With Jean Dujardin of "The Artist" nominated for the Best Actor in a Motion Picture Comedy or Musical, it looks like the race will be down to George Clooney and Brad Pitt. It's the sort of match up that makes tabloids go wild: handsome, charming leading men who happen to be best friends. Clooney is nominated for his work as an aggrieved and flailing father in the Alexander Payne dramedy "The Descendants," while Pitt has the nod for his role as the real life baseball revolutionary Billy Beane in "Moneyball."

Coming in to the night, both stars have picked up awards at various festivals and shows. Clooney has received the Best Actor from a handful of groups, including the Critics' Choice Awards and National Board of Review; Pitt has won his share as well, including from the National Society of Film Critics and the New York Film Critics Circle.

Who will win Best Actress in a Motion Picture Drama?
The ladies' lead award is also up in the air. Conventional wisdom says Meryl Streep is the frontrunner for her makeup-enhanced take on iconic and controversial British Prime Minister Margaret Thatcher in "The Iron Lady." And hey, it just may happen. But don't count out Viola Davis, whose restrained, emotionally taut portrayal of Aibileen, a dignified and grieving domestic servant working in a white woman's home at the beginning of the Civil Rights era, has earned her raves and awards of her own. Most recently, she won Best Actress at the Critics' Choice Awards.

Will "Game of Thrones" win Best TV Series Drama?
It's rare for a sci-fi/fantasy show to win this award, but what would have figured to be the top two contenders, "Mad Men" and "Breaking Bad," are both missing from the category this year thanks to disqualifying air dates. The medieval HBO drama will face a tough battle against its network-mate, "Boardwalk Empire," while Showtime's rookie terrorism psycho drama "Homeland" is a cool choice to nab the Globe.

Will "Parks and Recreation" star Chris Pratt be at the awards?
No, he'll be at a WWE event -- not that he's bragging. But really, word is that there are far fewer seats than stars who would like to attend this year, leaving people like Anna Kendrick and Will Reiser, who starred in and co-wrote Best Motion Picture Comedy or Musical nominee "50/50," respectively, out in the cold.

Who will star on the red carpet?
We've seen a rash of engagements of late, led by Justin Timberlake and Jessica Biel's newly announced bliss. They rarely comment on these things, so to see stars out together for the first time as engaged couples should be special.

After Beyonce broke the internet with her baby bump at the MTV VMAs in August, it should be interesting to see if any big star debuts a different kind of +1 on the carpet this year.

Can fans survive without Ryan Gosling?
The reigning internet meme and double Globe nominee will not be attending tonight, as he is filming in some exotic location abroad. It's going to be difficult, but hopefully this will help.

Who will Ricky Gervais hit at this year?
He's promised even more star carnage after last year's insult-fest, and assuming he carries through (and does not opt to be super nice, which would be the funniest thing he could possibly do), some obvious targets pop out. First, Charlie Sheen: though it was nearly a year ago, his meltdown is still prime for the roasting. Then there is Angelina Jolie, who Gervais nailed last year for her nomination for the reviled "The Tourist." She directed a very serious foreign language film about the Yugoslav War, "In the Land of Blood and Honey," something that Gervais is sure to pick on. And then there's all those celeb divorcees: Kim Kardashian (is that too easy?); Russell Brand & Katy Perry; J. Lo & Marc Anthony; and Ashton Kutcher & Demi Moore, just to name a few.

Even money on him taking on Meryl Streep for her impression of Thatcher. Both because he's actually English, and because he'll most definitely get booed for doing so. 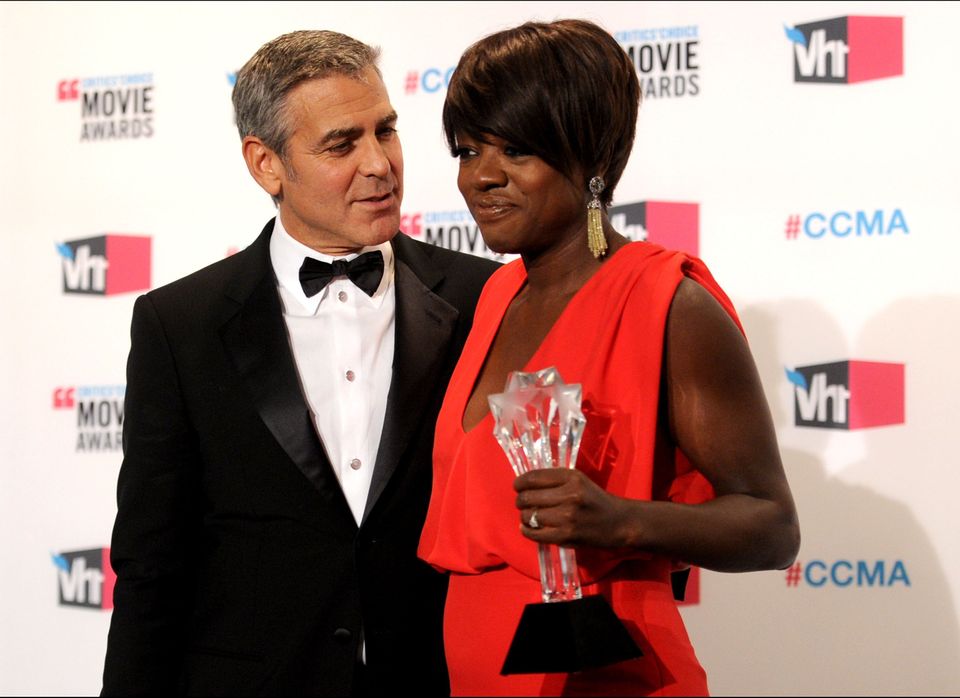