Sarah Michelle Gellar walked the red carpet solo at Sunday night's Golden Globes, but managed dredge up her husband's past while chatting with Giuliana Rancic on E!'s pre-show coverage.

The "Ringer" star, who is married to actor Freddie Prinze Jr., downplayed the fact that her hubby wasn't there -- he was watching football instead -- but reminded everyone that Prinze once served as the official "Mr. Golden Globes" quite a few years ago.

It's true -- a clip from the 1996 Golden Globes awards features the one and only Freddie Prinze Jr., along with "Miss Golden Globes" Jaime Dudney.

Though Prinze's Golden Globes flashback is pretty great, we would much rather see this long-lasting Hollywood couple walk the carpet together. Gellar reminded Rancic that they've been together for 12 years, which definitely seems like an eternity for a young Hollywood couple these days.

CORRECTION: In an earlier version of this article, the woman who was "Miss Golden Globes" in 1996 was misnamed. She is Jaime Dudney. We regret this error.

Check out the video of Freddie Prinze Jr. from the 1996 Golden Globes below: 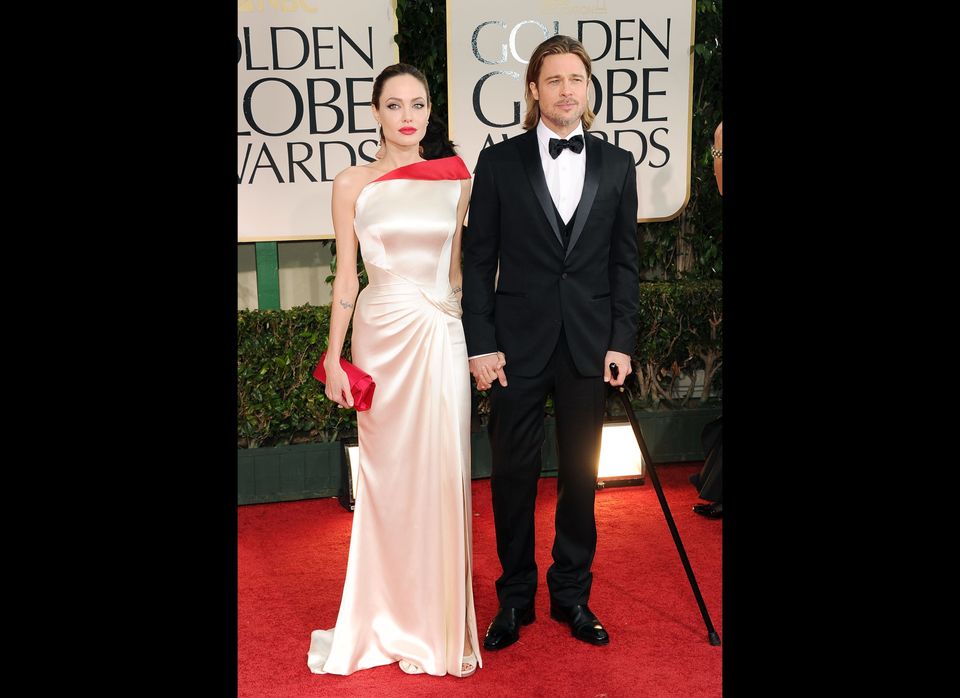