Women 2.0 talks to Golden Seeds' Managing Director Stephanie Hanbury-Brown. Golden Seeds is a nationwide angel network that invests in businesses having either a woman founder and/or a woman in a C-Level position with significant equity ownership. Golden Seeds has over 150 accredited investor members (both female and male), and is headquartered in New York with forums in Boston, Philadelphia and San Francisco. 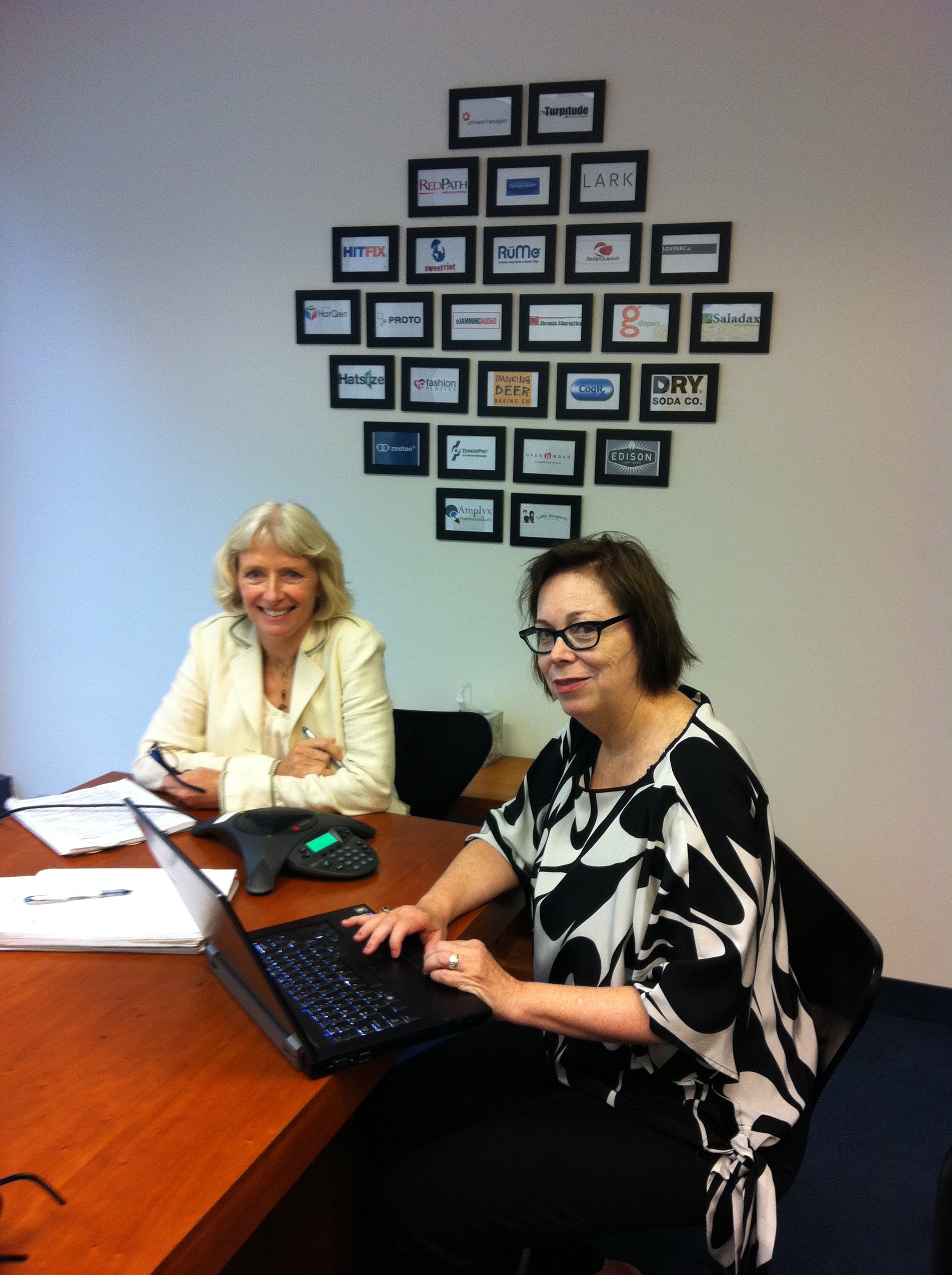 Stephanie Hanbury-Brown: Golden Seeds makes investments in early stage high growth companies led by women. Companies have to have at least one woman at the C-level in the management team, and she has to have equity.

Golden Seeds operates three different businesses -- we have an academy that does education programs for women to teach them about angel investing and venture capital. As part of the academy we also do programs within educational institutions about entrepreneurship.

We also run an angel investor network of 190 people -- majority are women, but we also do have men in the group. Thirdly we have a family of funds -- we are raising a second fund right now, a traditional VC fund. The second fund we're raising now is targeting $25M, and we have $14M raised so far.

Women 2.0: Why did we hear DBL Investors is the only VC firm in the country led by women investors?

Stephanie Hanbury-Brown: We just qualified as a member of NVCA -- you must have 5M in your fund -- but we did not at the time that the NVCA study was done. Starvest Partners is a prominent women-owned fund for sure. They are terrific and extremely rigorous and they've had very good returns. And they have three women partners and one man, that's a very interesting dynamic they have created.

Women 2.0: Why do you choose women-led businesses... why the emphasis?

Stephanie Hanbury-Brown: We want women to have more power and influence within companies -- and ownership in them -- with opportunities to make companies great places to work for women.

Women 2.0: Tell us about some of the entrepreneurs in your portfolio.

Stephanie Hanbury-Brown: We are very excited about one called Crimson Hexagon in Boston with Patricia Gottesman as CEO. They have technology licensed out of Harvard University -- a social network property measuring sentiments, from brand management to current news items, and evaluating exactly what is being said on any given topic -- and it does a whole lot more than positive and negatives, it really analyzes the dialogue. That's going really well with a great CEO and it's growing fast -- we think that will be a blockbuster.

We have another company called Open Road Media. Jane Friedman, former CEO of HarperCollins, has bought up the digital publishing rights of many well known authors. She is a real visionary and ahead of the curve and the publishing industry.

Then there is Cognition Therapeutics, a blood discovery company with Pittsburgh chief scientist Susan Catalano. She is tackling a big problem, Alzheimer's, affecting one in eight people who are 65 and older. Solving this is very important. The science that they are developing is continuing to get really good results.

Women 2.0: What is the one thing you think is most important for entrepreneurs to know when getting funding?

Stephanie Hanbury-Brown: For us, it's about ownership. One of the reasons we're doing educational programs is so that women entrepreneurs understand the capital structure of companies. When they do raise money, they need to understand exactly what happens to them and their ownership in the company. We found we meet entrepreneurs who make mistakes at the beginning that are very hard to rectify later.

Women 2.0: What is your reaction to the latest news about women entrepreneurs and investors?

Stephanie Hanbury-Brown: Women get described as consumers and managing 80 percent of the household wallet. We need to turn that around and make it about investing, not spending. After all, who are we making rich in the process? A lot of the companies serving the female market don't have any women in ownership positions, on the board, in the management. People keep thinking that the 80 percent is really powerfu,l but it's really not unless it's contributing to wealth creation for women. At the moment it's creating wealth for men.

Women 2.0: As an investor, do you have a pattern recognition of your own? A pattern for success?

Stephanie Hanbury-Brown: Everyone invests for different reasons, and in an angel group, we have 190 different reasons. For myself, I like investing in people who really know a particular industry and maybe worked at a corporation within a particular industry. And while they were there, they identified a real gap and need in the marketplace. They say: "Nobody is doing this, this is the future, I am going to come out and start my own business to target that problem." Those people are in a really good position to know where the future of the industry is going and how they can disrupt that course.