It may look like a hallucination, but there are indeed thousands of goldfish in this Boulder, Colorado, lake. 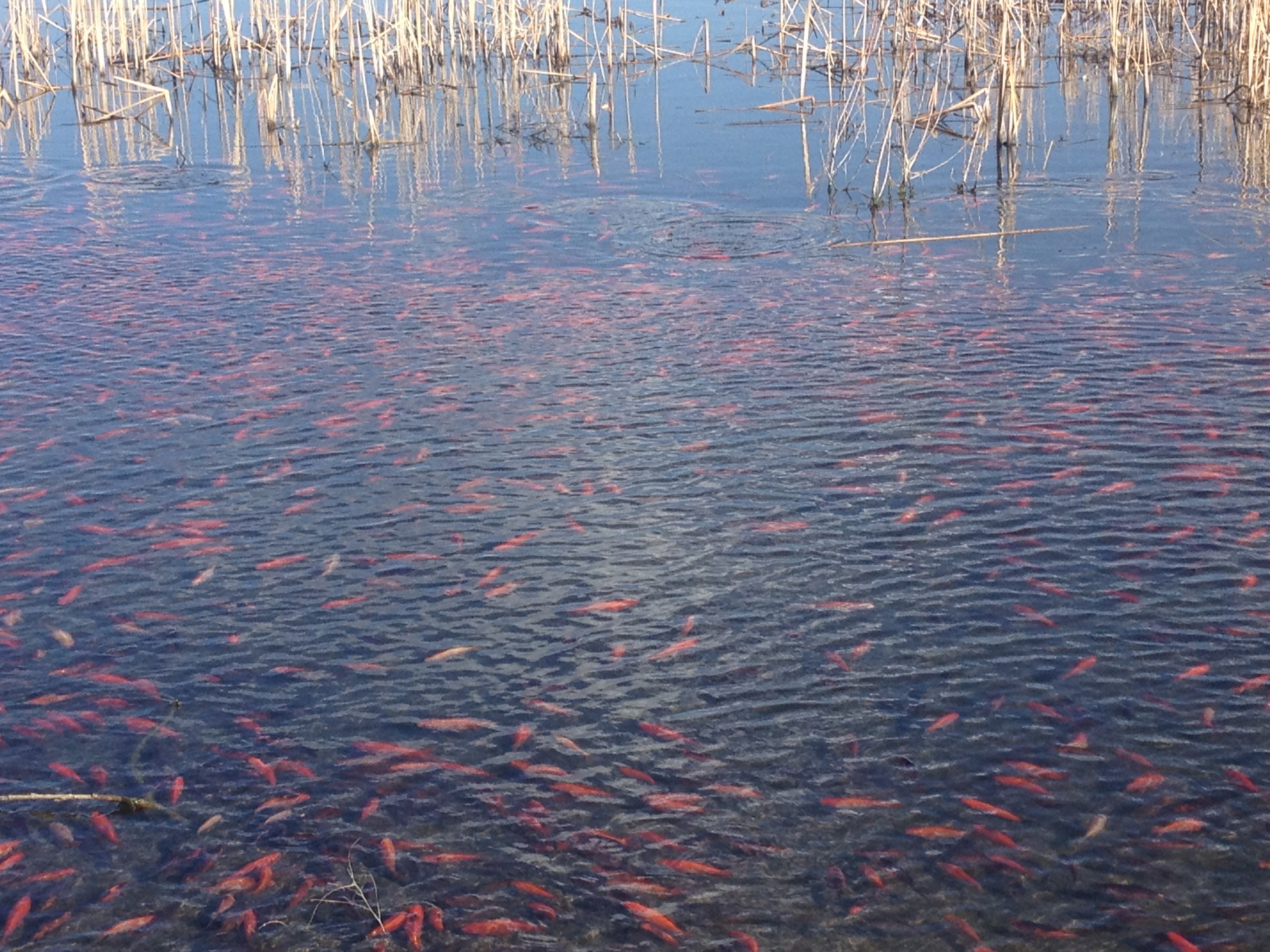 COURTESY OF COLORADO PARKS AND WILDLIFE

Colorado Parks and Wildlife officials say they believe someone released just four or five pet goldfish into Teller Lake #5 a couple of years ago, ABC reports. Now the lake is totally overrun by thousands of the fish, which could endanger native species.

"Goldfish are not a native species and are very harmful to the local aquatic ecosystem," Kristin Cannon, district wildlife manager for Boulder, said in a statement. "We strongly encourage the public not to dump their unwanted pet fish in our waters. It is bad for our environment as well as illegal."

In the statement, Ken Kehmeier, senior aquatic biologist for CPW, explains most people don't know how dangerous it is to introduce new species to an environment. Invasive species can spread disease and threaten native plants and animals, he said.

There are two ways to remove the goldfish, USA Today reports. CPW can drain the lake and restock it with native species. Alternatively, it could bring in a special electroshock boat to stun the fish. The unconscious goldfish would then be collected and used as raptor feed. CPW has not announced when it will remove the goldfish, the outlet notes.

Colorado has struggled with invasive species in its waterways before. In 2012, park officials removed 2,000 koi carp from Thunderbird Lake in Boulder. Nonnative zebra mussels also threaten the biome.