Every once in a while we discover a mind-blowing fact about an everyday food that's so common we just assumed we already knew everything there was to know about it. Hawaiian pizza was invented by a Canadian, Parmesan cheese is not vegetarian, bananas are technically berries and fortune cookies are not Chinese. If you're ready to move on from all of these surprising revelations, prepare yourself to learn something new about another completely unsuspecting food: Goldfish Crackers. Those addictive little crackers that you've been eating your whole life have a little secret you may never have known. Original Goldfish Crackers are soup crackers. Goldfish go in soup, because obviously. They can swim! 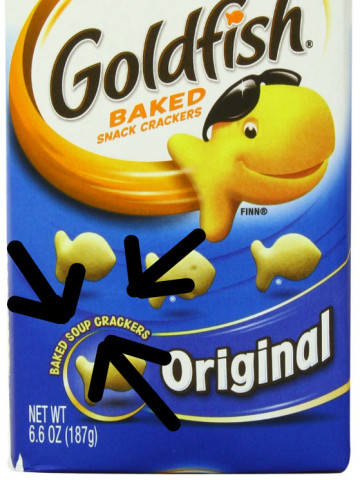 When we noticed the soup cracker label on the Original Goldfish Crackers package, it was one of those crazy "ah-ha" moments.

It's beyond perfect. Maybe you've been privy to this; maybe you've been letting your Goldfish swim in soup for years. We haven't, and we decided we had to get to the bottom of this discovery. Are Goldfish shaped like fish because they're meant to be put into soup? When did they start being called "soup crackers?"

We found out that only Original Goldfish Crackers are called soup crackers, and much to our disappointment, the fish shape doesn't have anything to do with it. The folks at Pepperidge Farms told us that they're merely similar in flavor and texture to soda and oyster crackers, which are typically eaten in soup, and they left it at that.

The inspiration for the fish shape, Pepperidge Farms told HuffPost Taste, actually came from astrology, of all things. The first Goldfish crackers were made in Switzerland in 1958 by a biscuit-maker who was making a birthday present for his wife. The biscuit-maker's wife was a Pisces (whose symbol is fish), and he baked her crackers shaped as lucky, golden fish. He called them Goldfish. When Pepperidge Farms founder Margaret Rudkin visited Europe in the 1960s, she was enamored of the adorable crackers and brought them to the United States. The rest, as they say, is history.

So, while Goldfish crackers may not have been shaped as fish for the purpose of putting them into soup, we're still blown away by the concept, and plan to only eat Goldfish in soup from now on. 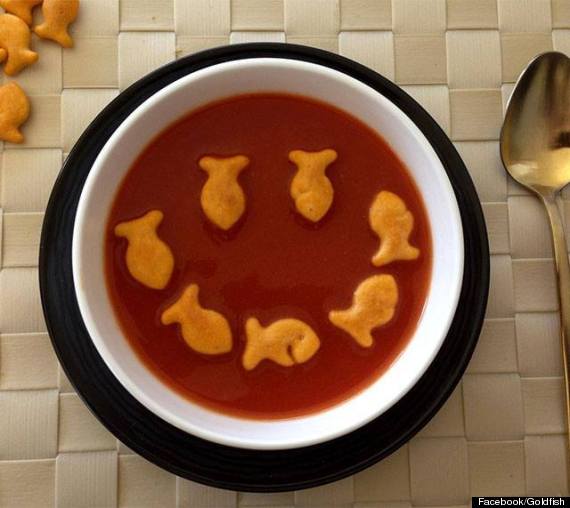