To expand the entrepreneurial talent and managerial pool in developing and emerging economies - especially among women - is one of the most important means to reducing inequality and ensuring more shared economic growth.

One of the women chosen for this program is my new friend Andeisha Farid who I first met in September when she was here. I wrote then about her work (here). 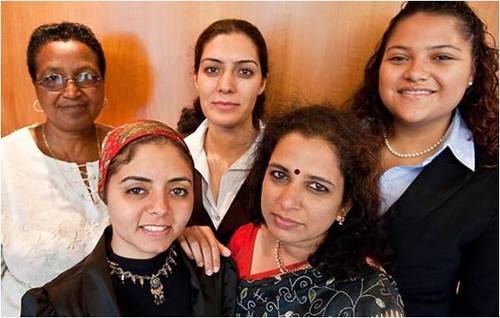 Andeisha and fellow 'classmates' at the Leadership Academy from Egypt,
India, Rwanda, Afghanistan, and the U.S. Photo courtesy of Marc Bryan Brown.

Brian Williams' heard of her then too. In a subsequent trip to Kabul, he heard of an American soldier who supported a kid in a local orphanage.

This led to his story featuring Andeisha's work (video), which I also wrote about (here).

Brian hosts a segment called Making A Difference frequently for the NBC Nightly News. Goldman Sachs makes a difference through its commitment to 10,000 women.

The Goldman Sachs premise is that 10,000 Women will receive a business and management education: over five years. To achieve this, Goldman is supporting partnerships with universities and development organizations.

These certificate programs are pragmatic, flexible and shorter term, and help open doors for thousands of women whose financial and practical circumstances prevent them from ever receiving a traditional business education. 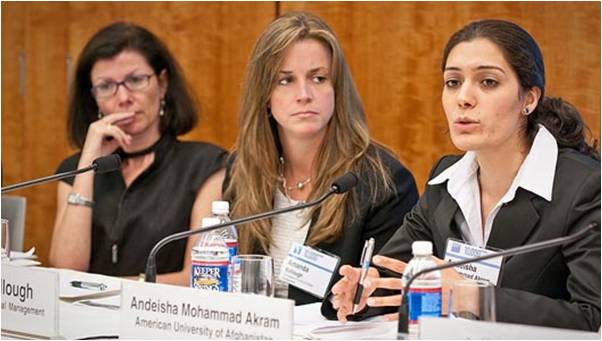 They provide women with the opportunity to develop specific skills, such as drafting a business plan, accounting, public speaking, marketing, management and accessing capital. There will also be a select number of MBA and BA scholarships funded.

Recently I wrote about Rotary International building peace through a very similar process: Spending $4 million a year to train peacemakers through two programs.

These are a Master's degree in Peace and Conflict Resolution at universities around the world, and a shorter, three-month course on the same topic (here).

Many outstanding organizations are working on the ground to give girls, young women, and potential entrepreneurs a sense of their future potential. 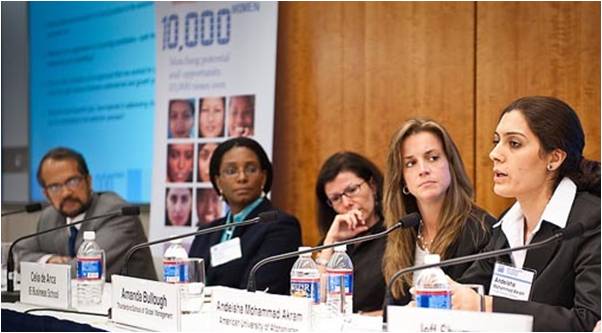 "10,000 Women is helping women such as Andeisha gain the business and organizational skills to better grow and manage their respective organizations," Paul told me.

"I have been very impressed by the growth in Andeisha's abilities since she started with this program and expect this will greatly increase her ability to help a growing number of Afghan children and contribute to her country," Paul said.

This past summer, Andeisha travelled to New York, where she participated in the first 10,000 Women Leadership Academy.

The two day event was attended by nearly 100 individuals from 16 countries representing most of the partner organizations in the program.

Andeisha was one of five graduates to attend the program. She was joined their by fellow "classmates" from India, Rwanda, Egypt, and the United States.

There, the partners and students were able to compare notes, share best practices, and discuss opportunities to make 10,000 Women as effective as possible.

"10,000 Women is an investment in women who can build economic growth for themselves, their families and their communities," Dina Habib Powell, managing director and Global Head of Corporate Engagement for Goldman Sachs told me.

"Women like Andeisha represent what the tremendous potential that can be found in women entrepreneurs around the world," Dina said. 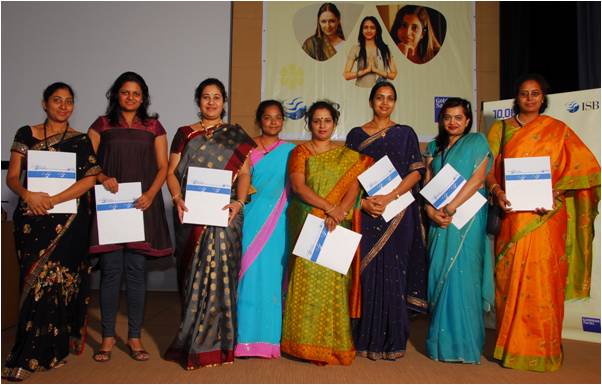 Dina's assertions are backed by research published by Goldman Sachs, the World Bank, and others.

In recent years, Goldman Sachs has published a number of reports on the economics of gender equity, including "Womenomics" and "Women Hold Up Half the Sky."

The latest report from Goldman, "Power of the Purse," further illustrates this: Investing in education for women may have the highest social return of any investment, when one considers the range of income and health outcomes for such women and their families.

Investing in girls' education leads to increased wages for individuals as well as faster economic growth for a country. 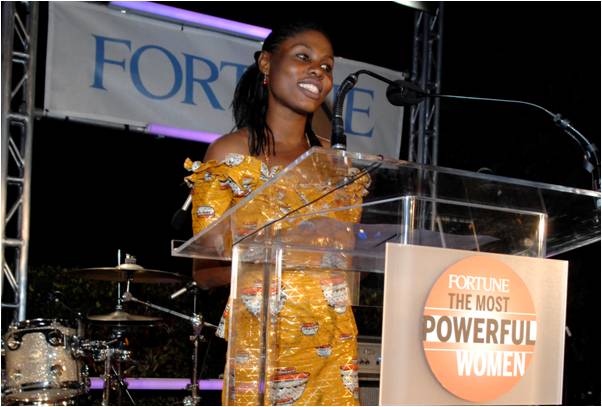 There is an insightful interview on CNBC with Erin Burnett who spoke with Dina and Ayodeji Megbope, of the NGO No Left-Over Nigeria. (here)

The program is founded on research conducted by Goldman Sachs, the World Bank, and others which suggests this kind of investment can have a significant impact on GDP growth.

Research also suggests that such an investment in women can have a significant multiplier effect that leads not only to increased revenues and more employees for businesses, but also healthier, better-educated families, and ultimately more prosperous communities.

Since its inception, 10,000 Women has become active in 18 countries. These include Afghanistan, Brazil, China, Egypt, India, Rwanda, and even the U.S.

10,000 Women is coordinated in local markets by a network of more than 60 academic and NGO partners.

More than thirty of the world's leading business schools are participating in 10,000 Women, including seven of the top ten in the U.S.

European and Asian universities also participate. These schools include HEC in Paris, Keio in Tokyo, the London Business School, and Oxford.

In addition to Goldman's financial commitment, the firm is also contributing its most valuable asset - its people - to the success of 10,000 Women.

Building on this financial firm's strong history of service and community engagement, the people of Goldman Sachs are volunteering their time and expertise through various opportunities such as classroom instruction and mentoring.

After work or on the weekends, Goldman Sachs staff contribute their time and expertise to 10,000 Women through mentoring, serving on student selection committees, and guest lecturing.

I find corporate America helping the world very exciting - and I write about it in this column on thought leaders and global citizens - because it is so important to the world.

Corporate America saving the world with the help of NGO's like Ashoka is even better.

Whether it is NBC's Nightly News' Making A Difference, Morgan Stanley-Cushman Group's NGO series, or Goldman Sachs 10,000 Women, the reality is corporate America is in a position to give back.

Corporate America is giving back. Andeisha Farid and her orphans in Afghanistan are the living proof.

CharityHelp: An Electronic Bridge to Kids in Need (Huffington Post)

Andeisha Farid and the Orphaned Children of Afghanistan (Huffington Post)