Say what you will about Goldman Sachs -- and you could say a lot -- but its CEO, Lloyd Blankfein, recently boiled down one of America’s most complex problems into a perfectly simple and quotable line. Repeat after Lloyd, folks:

"This country does a great job of creating wealth, but not a great [job] of distributing it.”

The observation came during a talk at an industry conference Tuesday, according to Fortune. Blankfein, of course, is referring both to America’s long and enviable history of economic growth, and its more recent inability to make sure all Americans experience the benefits of that growth.

There’s little doubt that the economy revved along quite well during the 20th century. In fact, the real GDP per worker -- that’s adjusted for rising prices -- grew at a tremendous rate: 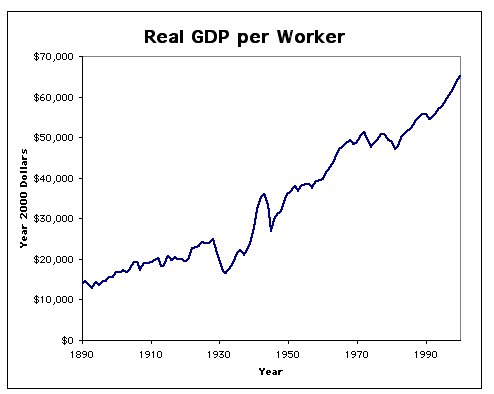 Yet starting in the late 1970s, the divide between the rich and the poor began to grow, which meant not all American benefited equally from all that wonderful growth. Here’s a chart courtesy of the Center on Budget and Policy Priorities: 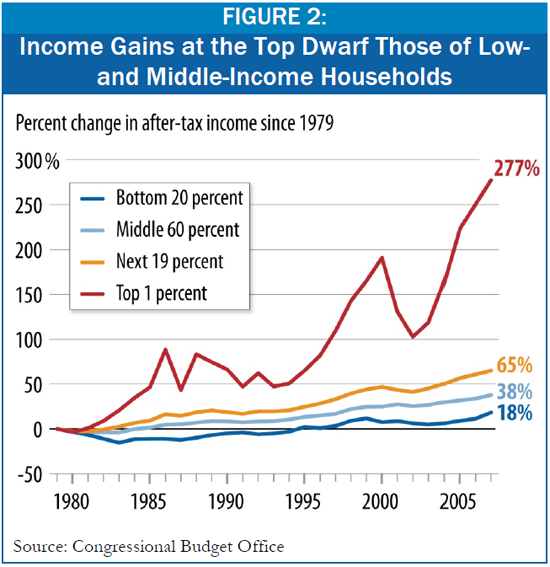 Blankfein himself earned roughly $21 million last year -- not exactly Kobe Bryant-like, but enough to slot him among the richest of the rich. Meanwhile, more than half of the normals among us earned less than $30,000 last year.

At least he sees the problem there.