PGA golfer Mark Hubbard took the shot of a lifetime Thursday, proposing to his girlfriend on the 18th hole at at the AT&T Pebble Beach Pro-Am, For The Win reported.

According to Associated Press, the plan was two months in the making and finally needed PGA Tour approval for the big moment to be broadcast on the video board.

Hubbard tapped in his last putt, then dropped to a knee to pop the question. 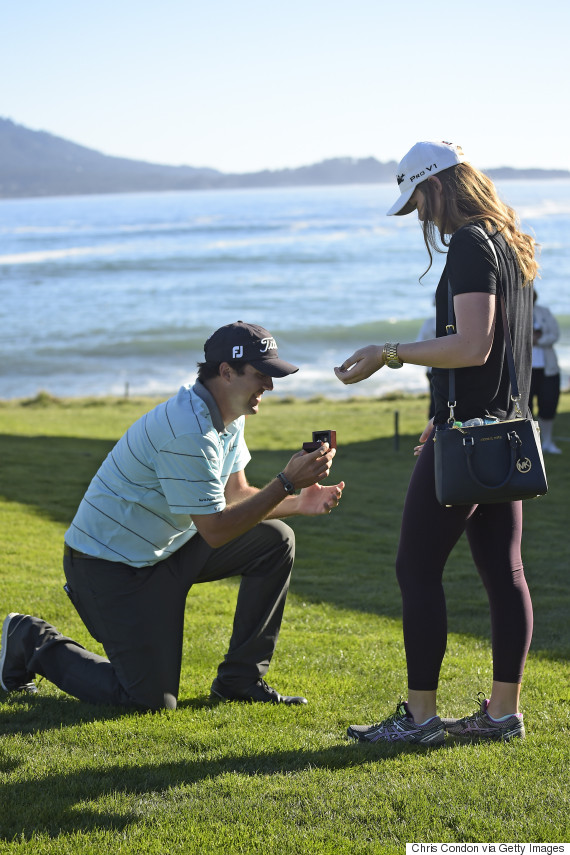 Hubbard, a 25-year-old tour rookie who shot an even-par 72 in the first round Thursday, told the wire service that his mediocre score helped lessen the pressure leading up to the big moment. "If I had a really good round going, I definitely would have been thinking on 18, 'Oh God, don't blow this.' But it was just a frustrating, ho-hum day, so it kind of kept my attention off the last hole," he said.

In the segment above, Hubbard tells ESPN his future mother-in-law came up with the idea of linking the engagement with one of his tournaments. "I couldn't think of a more special place than Pebble Beach," he said.