Feuding families, star-crossed lovers, and a tragic conclusion. Sound familiar? How about a young man and woman (with an unconsummated marriage) as reluctant CEOs of their respective crime families and a dead peacock (not a horse's head) delivered as a warning? Does that sound familiar as well? Throw in some elaborate costumes and dance numbers and, oh yeah, English subtitles (it's in Hindi) and you have the glamorous, electric, and tragic "Goliyon Ki Raasleela Ram-Leela" ("Ram-Leela").

Whether it's the shimmering visuals or the electric performances, this Bollywood version of "Romeo and Juliet" meets "The Godfather" generates passion and rage which, in this case, are two sides of the same coin. Like the warring families, you can't be indifferent: you're either on Team Ram or Team Leela. Guns brandished like phalluses (and vice versa) show the close connection between love and war.

Brimming with saber-rattling and cock-strutting, the film begins and ends with passion. The few times when Ram (Ranveer Singh) and Leela (Deepika Padukone) aren't in each other's company, the story's energy level descends into melodrama. But the rest of the time it's non-stop drama: gunfire (and occasional murder), arguing, wooing, and celebrating. Be it the blood feud between the families; the jealousy within the families; the festival celebrations; and, last but not least, the volcanic relationship between Ram and Leela, there's no let up in the action. In fact, you wonder (and hope and pray) that it won't end with the two deaths caused by a misunderstanding as in "Romeo and Juliet." No such luck but that particular scene is one of the most bizarre murder-suicides imaginable.

With its elaborate sets and costumes, it's a lavish and magnificent production. The visuals make the claustrophobic streets of the small Indian village seem airy and festive. A village isn't just a village; it's a shimmering animated, Technicolor metropolis. The same goes for the interiors and landscapes. Nothing is at rest: people, emotions marital and martial, and revenge fueled by a centuries-old blood feud. It's like a huge fractal stained glass window illuminated by a strobe light. 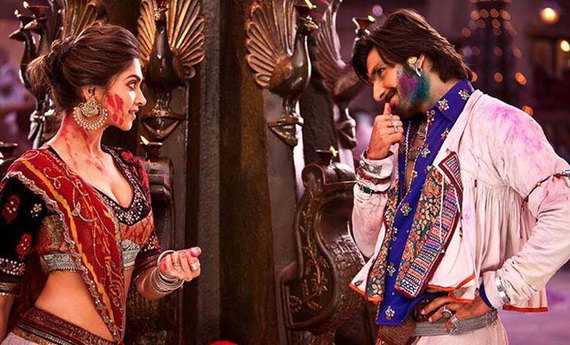 The most dramatic scene in the film occurs when an estranged Ram and Leela, having risen to be heads of their respective families (with coronations worthy of Michael Corleone), meet to hammer out a peace treaty, dividing up the illegal activities of their families. Though they're still in love (and by rights should still be together, were it not for treachery on the part of Leela's brother Bhavani - Gulshan Devaiah), they struggle to maintain their imperious, prideful postures.

Padukone and Singh sizzled. More theatrical than cinematic, their performances seemed improvised and spontaneous, not rehearsed and studied, which in turn served their mercurial romance. Padukone was stunning. To say she had incredible presence would be to diminish the word. She didn't have to summon whatever she was feeling - love, lust, anger, rage - it was simply there, simultaneously. It's like watching storm clouds suddenly occlude a sunny day. You could see her eyes all dreamy at the same time the rest of her face began to display homicidal anger.

"Ram-Leela" is an epic story full of romance and deceit, passion, and war. It's the story of a couple that begin as lovers, become reluctant heads of opposing clans, and die at the end in a startling and tragic blaze of misunderstanding. As the film shows, there's a good reason that crimes of passion pleas are also called temporary insanity defenses. Because that's how "Ram-Leela" begins and ends: in spasms of temporary insanity. 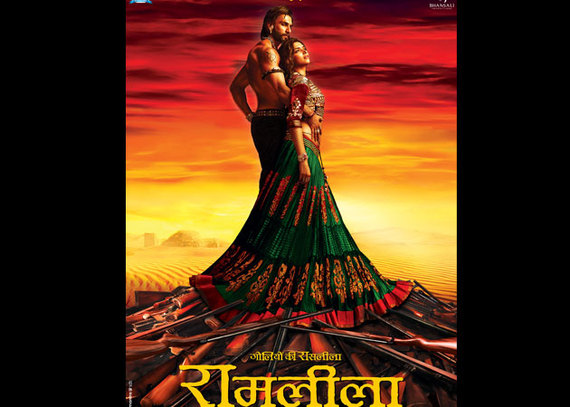